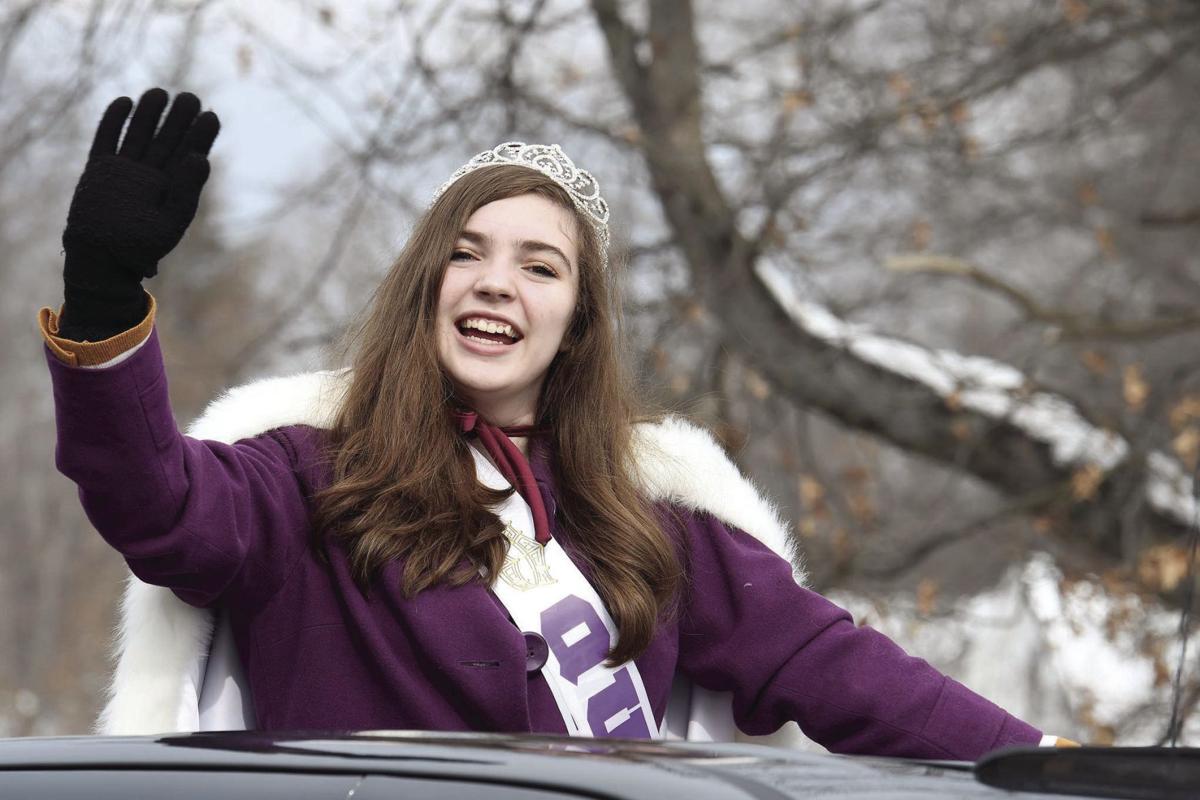 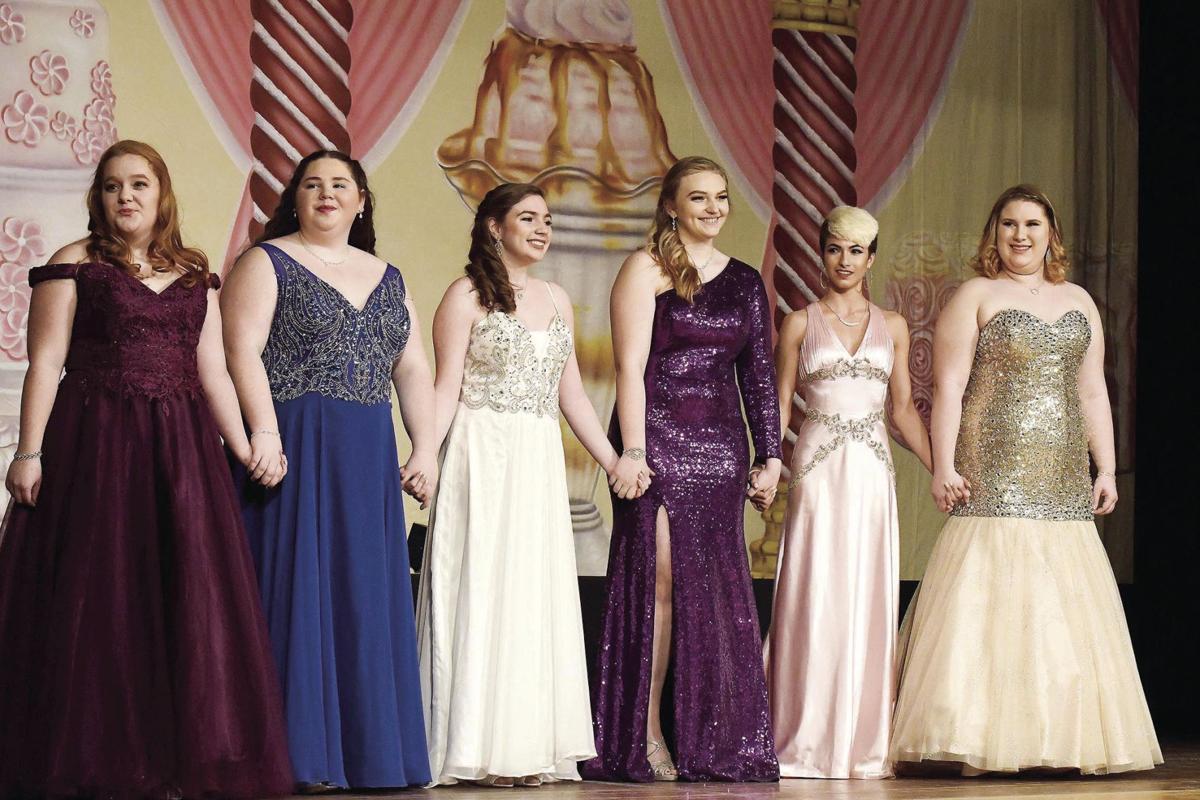 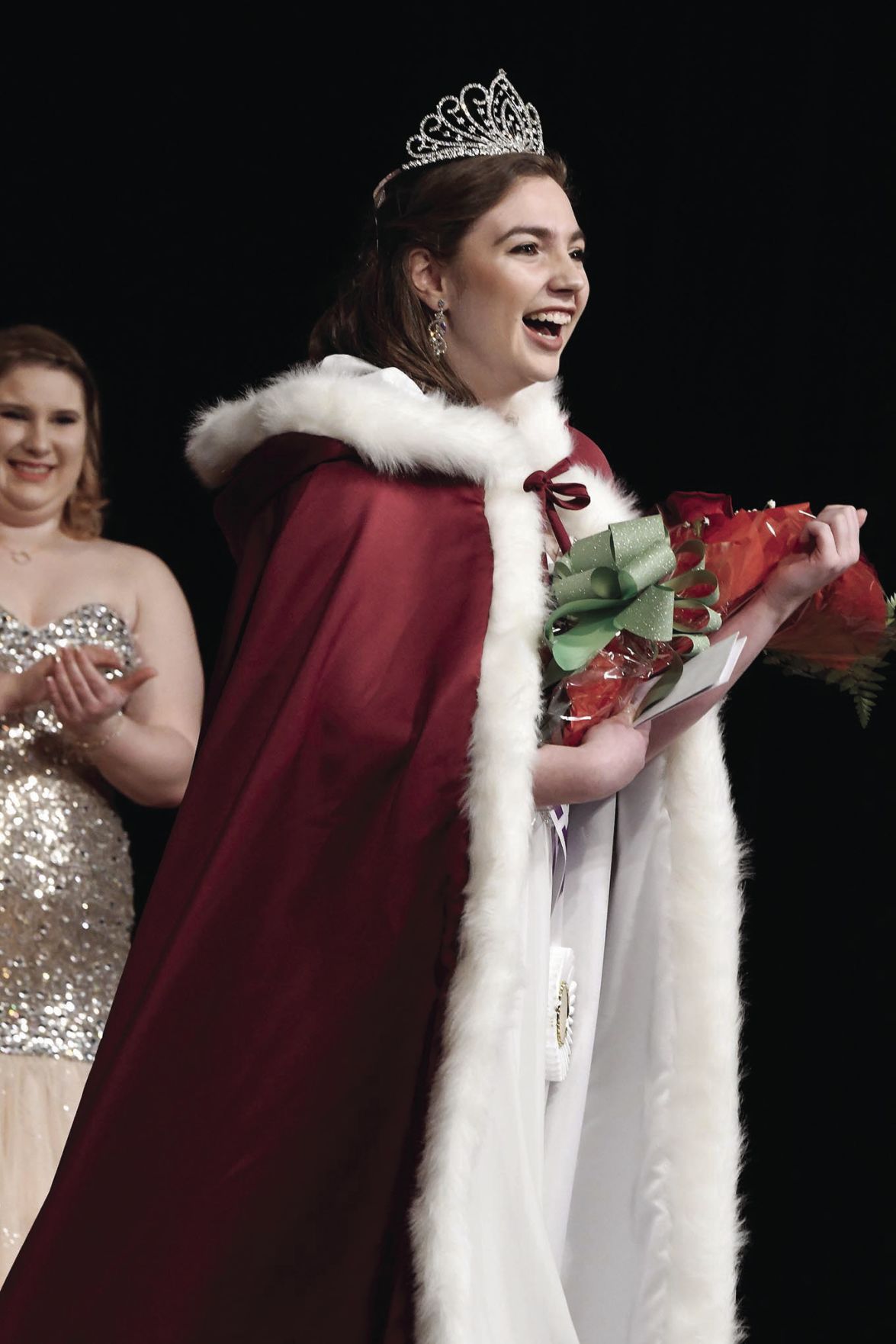 NEWPORT — Ever since she participated in the Newport Winter Carnival as a princess in second grade, Alia Gonzalez looked forward to someday being a queen contestant.

That day came Friday evening, Feb. 9, when Gonzalez not only participated in the competition, but also was also crowned queen of the 102nd Newport Winter Carnival.

“It's still very surreal that one of my biggest dreams since I was a child has come true,” said Gonzalez.

Gonzalez, daughter of and Chris Gonzalez and Amy Barton, also received the Lisa Gauvin Award and the Top Fundraising Award.

A junior at Newport Middle High School, Gonzalez is a member of student council and the National Honors Society.

For her talent, Gonzalez performed an impressive rendition of “Don’t Rain on My Parade,” originally sung by Barbra Streisand in the Broadway musical Funny Girl.

As Gonzalez held a particularly high note near the end of the song, the crowd erupted into loud cheering.

Gonzalez also participates in Northern Stage’s Boot Camp program and has been a junior intern with the New London Barn Playhouse. Her ultimate goal is to end up on Broadway.

Gonzalez was not the only competitor representing Stardancer Studios. Second runner-up and winner of the Top Talent Award was Jazzy Durgin. Gracie Brown also represented the Newport dance studio.

For her talent, Durgin danced to “No Roots” by Alice Merton with fellow ballroom dancer Mason Martell. The routine featured a number of impressive lifts.

Daughter of Belinda and Tony Dattola, Durgin has competed nationally in ballroom dancing and horseback riding. She also recently performed Dancing with the Newport Stars. Durgin lives in Croydon and is homeschooled.

Brown, daughter of Lisa Ferrigno and Paul Brown, performed an animated routine to “Love Yourself” in a black-and-white polka dot dress. Brown is a junior and is an active participant in the South Congregational Church’s Canoe Trip.

First runner-up Victoria Burroughs was the only contestant to stray from dance and song during the talent portion of the competition.

Burroughs performed a live science experiment for her talent, creating an exothermic reaction by combining hydrogen peroxide and potassium.

The result was large, cascading foam dubbed “elephant toothpaste.” The audience laughed and cheered as the foam shot out of the bottle and onto the stage floor.

Daughter of Stacey and James Burroughs, Victoria is a junior and an officer in the Newport chapter of Future Farmers of America. She hopes to pursue a career in genetics and food science.

Burroughs and Brown tied for the Miss Congeniality Award, which is given to the friendliest contestant.

In line with the winter carnival’s “Life is Sweet” theme, the princesses wore bright pink dresses illustrated with an assortment of different candies. The princes’ pink-striped ties complemented their outfits.

In addition to their talent, the contestants were judged in three other categories: on-stage question, evening gown and a private interview with the judges that occurred earlier that day.

The judges were Kristen Collins of Berwick, Maine; Julie McCarthy of North Sutton, N.H.; and Bridget of Overson of Concord, N.H. This year was Overson’s second time serving as judge.

And though the pageant is a competition, it serves a higher purpose of teaching the contestants about confidence, fundraising skills and town pride.

Each award comes with a $350 scholarship. In total, the Newport Opera House gave away more than $5,000 for this year’s pageant.

“The best part of the pageant experience is definitely the bond I've made with my fellow contestants,” explained Gonzalez.

“You should be proud of yourself,” said DiPadova, before announcing the winners. “I know all of you have bright futures ahead.”

And thanks to the lessons they learned over the last six weeks in preparation for the pageant, it’s a message that the young women will not soon forget.