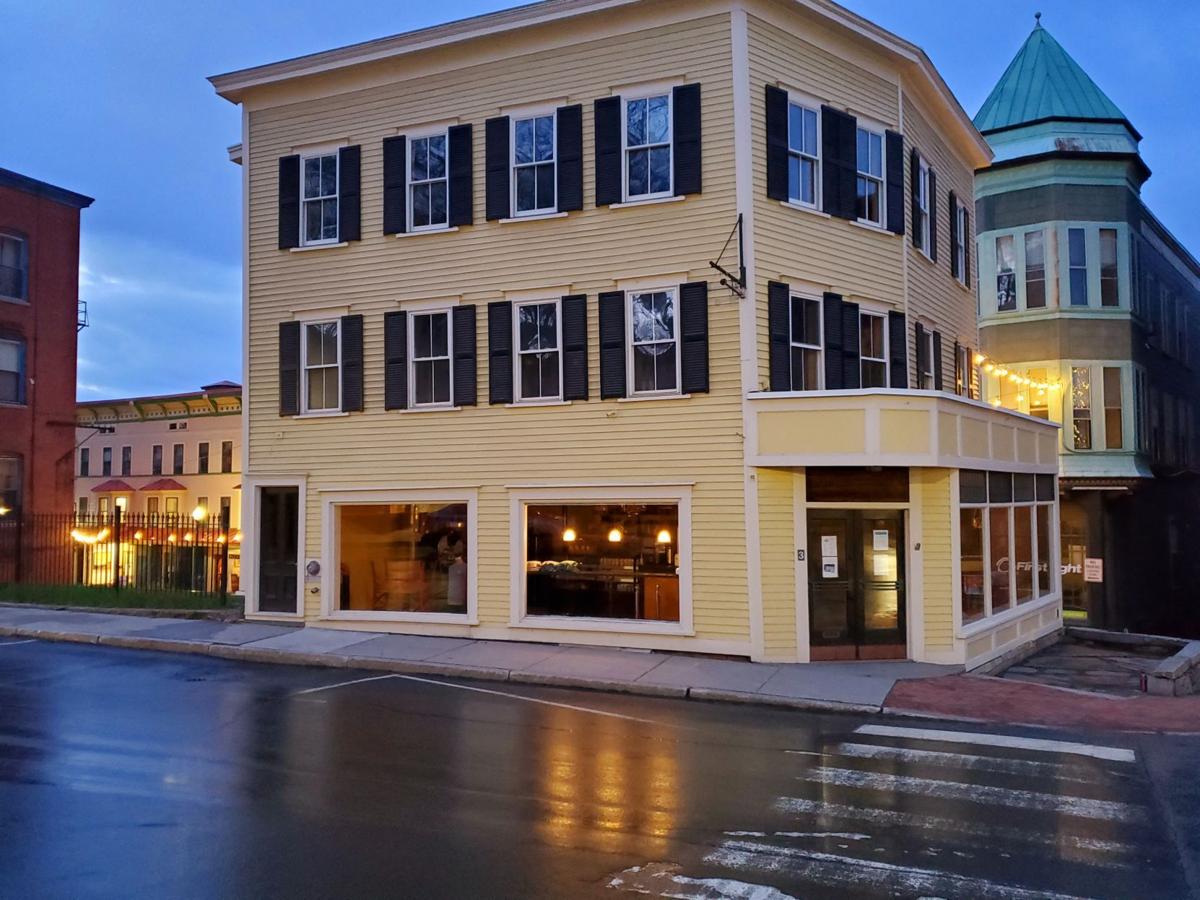 Scott Philips, owner of 3 Rockingham St., the oldest building on the Village Square in Bellows Falls, Vt., was the recipient of a 2021 Rockingham Old House award. 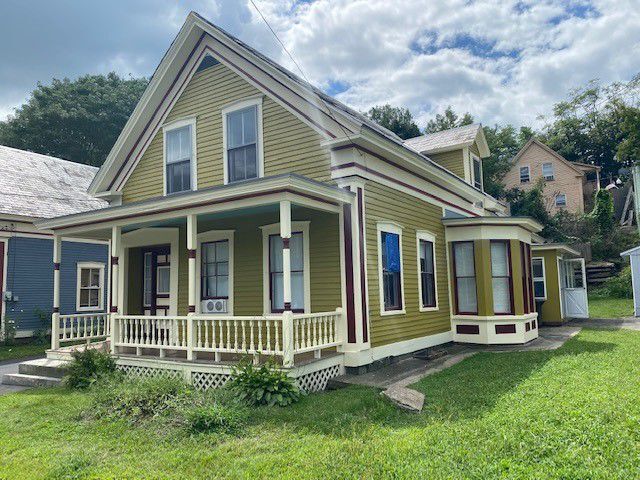 Virginia B. Fernette, owner of the vernacular Greek Revival Cottage located at 86 Canal St., built circa 1840, was the recipient of a 2021 Rockingham Old House award.

Scott Philips, owner of 3 Rockingham St., the oldest building on the Village Square in Bellows Falls, Vt., was the recipient of a 2021 Rockingham Old House award.

Virginia B. Fernette, owner of the vernacular Greek Revival Cottage located at 86 Canal St., built circa 1840, was the recipient of a 2021 Rockingham Old House award.

The Rockingham Historic Preservation Commission will host a reception for the town’s 2021 Old House Award winners on Saturday, Oct. 16, 11 a.m. at the Rockingham Meeting House, 11 Meeting House Road, Rockingham Village. The public is invited to congratulate the winners and celebrate historic preservation efforts underway throughout the town.

“Restored between 1905 and 1907 the meeting house is the birthplace of historic preservation in Rockingham, setting the pace for our region,” said Rockingham Historic Preservation Commission Chair John Leppman. “It is big and bright, and while some may say it is a bit drafty, does allow for plenty of fresh air and social distancing best for this COIVID age. A great place for the community to safely meet to applaud historic preservation.”

Awards made annually by the commission are designed to recognize property owners in the town of Rockingham who maintain and restore their historic homes and commercial and industrial buildings. Eligible properties are older homes and businesses that have received exterior restoration and conservation by their owners, typically in the past five years. Brass plaques are awarded the winners, who are encouraged to proudly post them on their entrances to call out their efforts to keep Rockingham historic.

2021 winnersScott Philips is the owner of 3 Rockingham St., the oldest building on the Bellows Falls Village Square. Originally built in 1820 and known as the Dr. John H. Wells block, it housed the village post office 1830-1841. After a major rebuild in 1890 it became known simply as The Commercial Block. In a deteriorated state it faced condemnation in 2017. A restoration effort started that year by Philips and the block has been resurrected in 2021 as The Philips Building, shining as a bright jewel on the Square and now home of Rockingham Roasters.

Stephen Corrigan and Douglas Jackman, owners of the Jehiel and Mary Webb House, 7 Meeting House Road, Rockingham Village. Built circa 1775 it served as the village’s tavern and inn, welcoming many early travelers on their journeys northward from the southern Connecticut River valley towns. It is believed to be the second oldest standing house in Rockingham and is but only one of three representing the town on the Library of Congress Historic American Building Survey. Rumor has it that it may be older, built in 1765 as David Pulsipher’s Inn where the earliest town meetings and community worship services were held before the Rockingham Meeting House was built.

Steven Glaser, owner of the Locke-O’Brien Farm located on the O’Brien Road in the Parker Hill district. Resting on a mortared fieldstone foundation, this clapboarded Classic Cottage was built circa 1850. It is believed to have replaced an earlier cape style farmhouse originally built in 1816. The farmstead was a dairy farm continuously until 1970. Barn and outbuilding foundations are still noted along the surrounding meadow.

Virginia B. Fernette, owner of the vernacular Greek Revival Cottage located at 86 Canal St., built circa 1840. Located along the banks of the canal it is thought to have been the home of employees of the Bellows Falls Canal Company, perhaps by a superintendent of the canal or nearby sawmill. Along with its sister building next door, no doubt built by the same country carpenters, it serves as a colorful and elegant gateway to today’s Canal Street neighborhood walking down the terrace from Rockingham Street.

Angus and Christa Macbeth, owners of the Thayer- Albee Farm along Lower Parker Hill Road in the Parker Hill District. The vernacular Federal style house is believed to date from 1795, built by William, and Susannah Thayer, who moved to Rockingham from Taunton, Massachusetts in 1788. A modest cottage and a banked barn flank the main farmhouse. Thayer was a farmer and one of several tanners in Parker Hill Village who supplied leather to the village’s shoemakers.

Myles F. Heffernan, owner of 463 Missing Link Road on the edge of the City Dale District. The vernacular Georgian farmhouse was built in 1785 and includes an attached country-style carriage house. Once the heart of a dairy farm along the rich Connecticut River bottom soil of the Upper Meadows, a large red barn stands well-preserved across the road.

The Old House Award program is made possible in part through the generosity of the Vermont Division for Historic Preservation and the National Park Service. For more information about the event or the Old House Awards contact clg@rockbf.org.