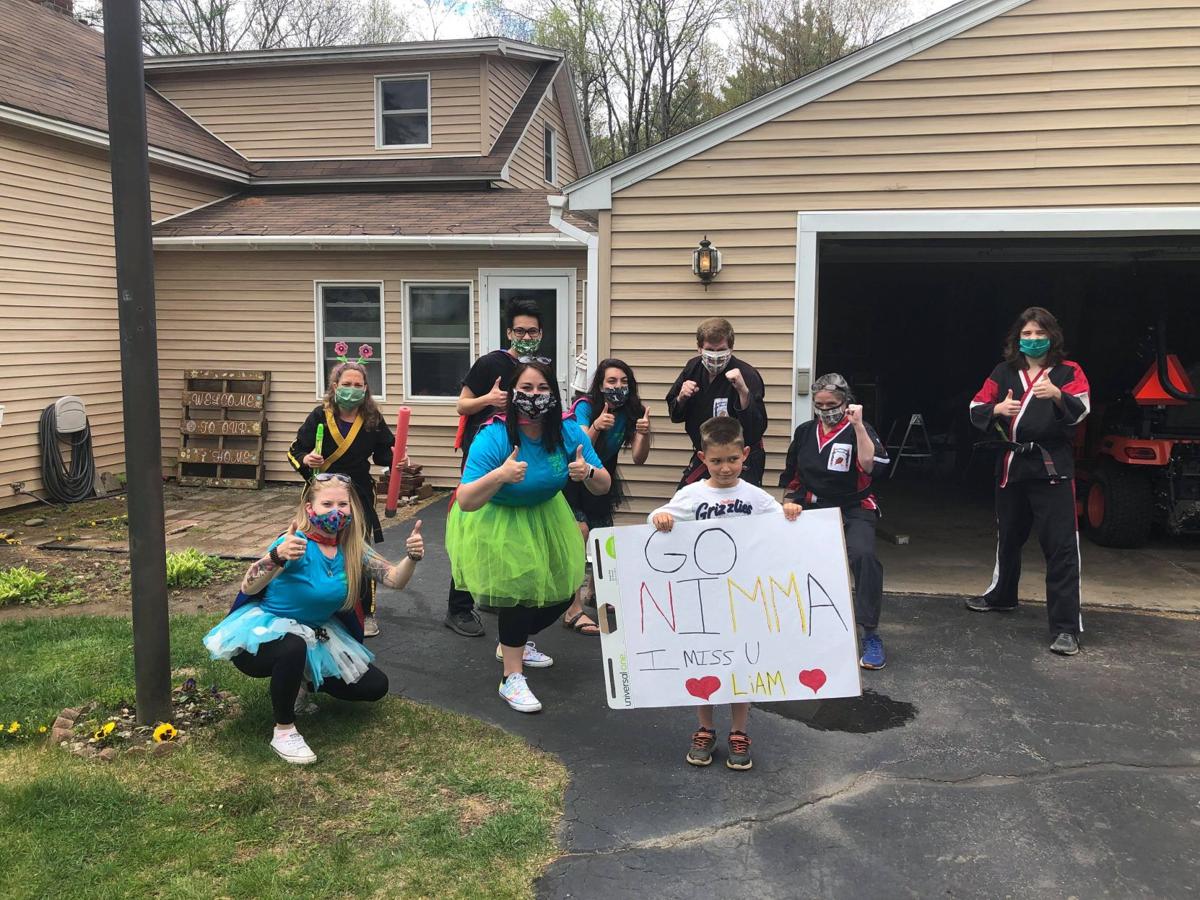 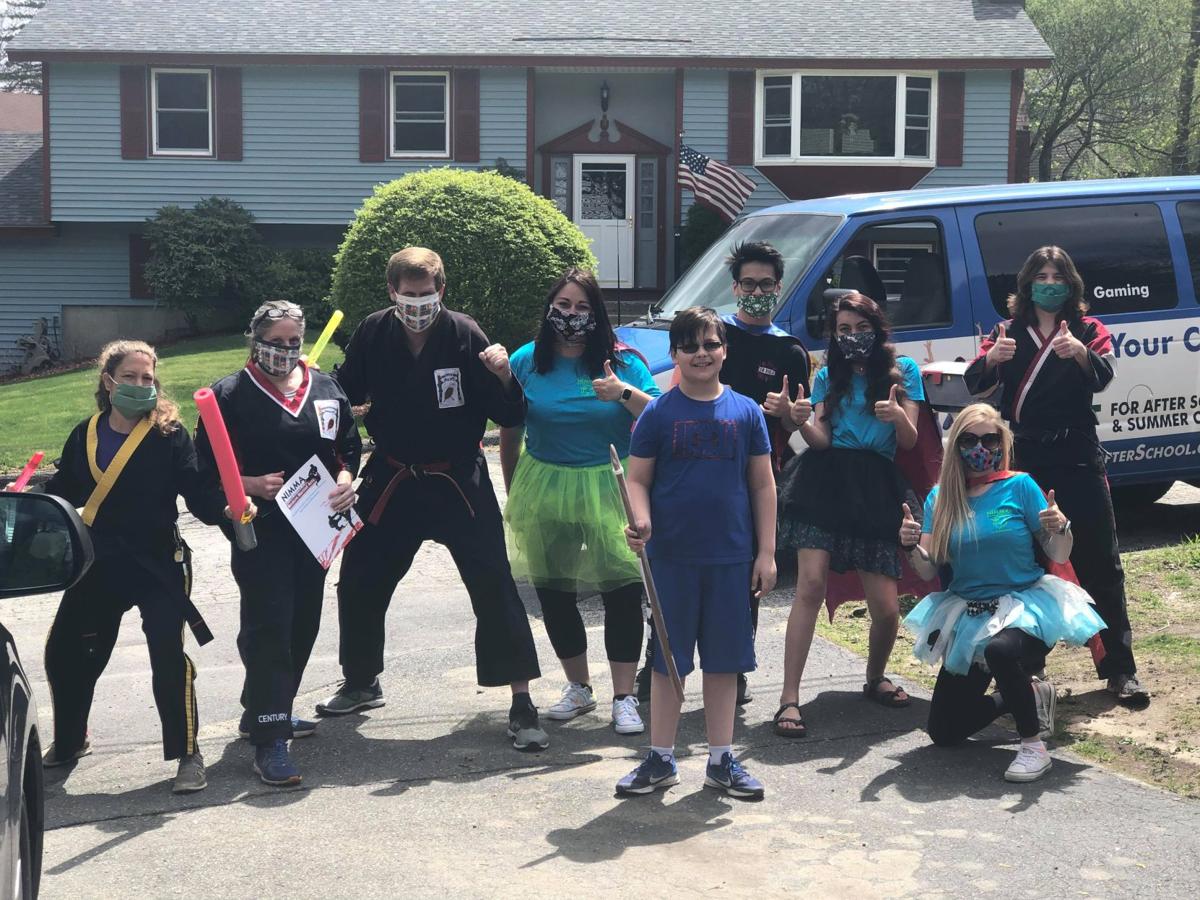 CLAREMONT — After eight weeks of having to connect kicks and kata over Zoom, the teachers at National Institute of Modern Martial Arts (NIMMA) and Best Before And After Care, in Claremont, decided it time to connect, just once, in person.

On Saturday, May 16, staff from the two partnering-programs hopped into vehicles and went on an all-day trek around the city and neighboring towns, to visit as many of their students as possible at their homes.

“We were missing our students,” said Michael Sartwell, sensei at NIMMA. “We wanted to do something to connect with them in a safe way, to say ‘hi’ and do some simple training [exercises].”

Directors of Best Before And After Care Sartwell and Cassey Nemi, NIMMA’s partner program, have provided a safe haven for children in grades K-5 for several years. In addition to youth karate classes, the NIMMA building provides before-and aftercare programs throughout the school year and all-day camp during the summer and on school holidays.

When New Hampshire schools closed to transition to remote learning, on Monday, May 23, NIMMA’s youth karate program soon followed suit. For the past several weeks Sartwell and his other instructors have held their regularly scheduled classes, on weekday afternoons, online via the Zoom app.

“[The online classes] are getting better all the time,” Sartwell said, saying that class participation has increased each week, with about 70-80 students participating.

But even with strong student participation, digital technology cannot replace the relationship between a student and teacher, he said.

“We can’t change lives if we don’t have [internet] connection,” said Sartwell.

The travelling instructors — Sartwell, Nemi, Karen Chandler, Valery and Joey Heacock, Brandy Cheney, Kendra Russell and George Pratt — visited 75 total youth on Saturday at their homes, including some outside Claremont. All visits were arranged with families in advance by phone or text message.

The instructors chatted with the children, ran them through a couple of martial arts exercises and distributed a few stay-at-home gifts, including a bubble-maker, balloons and a foam noodle sword.

“We just wanted them to know that we haven’t forgotten them,” Nemi said. “We loved seeing everyone’s smiling faces. We are very thankful to have such an awesome staff.”

The opening day of NIMMA Summer Camp, an all-day camp that runs Monday to Friday during the summer break, begins on Monday, June 1, Nemi said.

Nemi and Sartwell have spent “several weeks” cleaning and sanitizing the building and preparing, Nemi said.

The camp will operate this summer according to COVID-19 safety regulations set by the state. Children must have their temperature taken prior to entering the building each day. Children will be sorted into groups of nine, each with one staff member, in separate classrooms, because the state prohibits more than 10 people to occupy a single space.

Sartwell said that the camp will aim to maximize their outdoor activities and continue to emphasize social distancing practices.

For camp enrollment or information, please call (603) 287-1508 or email nimmakarate@gmail.com.