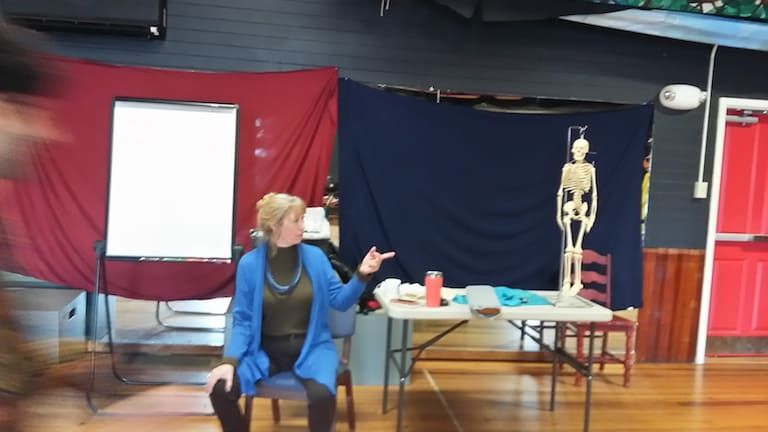 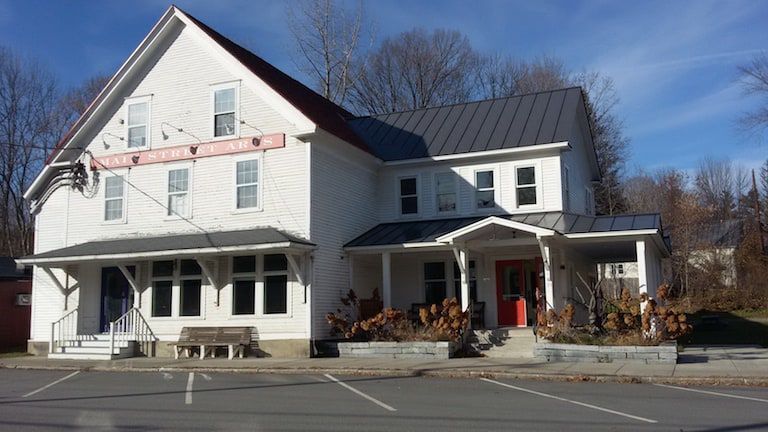 SAXTONS RIVER, Vt. — Paris Kern has been a Feldenkrais practitioner since 1992, and she is now a nationally known teacher trainer as well. She has brought her workshops to Main Street Arts in Saxtons River. The most recent was Nov. 20, and the next will be Dec. 11, from 9:30 a.m. to 12:30 p.m.

Kern is originally from Baltimore, Maryland, and she has taught in Colorado. However, she frequently came to Chester over the years, settling permanently last July in a house in Saxtons River.

Her website describes the Feldenkrais Method as, “[It] focuses on utilizing the potential of the brain and the nervous system to learn new patterns of movement while at the same time releasing old patterns that may be causing dysfunction, pain, or discomfort.”

It is named after Dr. Moshe Feldenkrais (1904-1984) who developed the method after being told his knees were so damaged by repeated injury that he would never walk again. It is designed to create new pathways in the brain to allow the body to become more flexible and pain-free.

Kern says she was a vocal performance major and a professional folk singer for years. After experiencing pain from playing the guitar, she says she found Feldenkrais and then found that it is, “the only thing in life that excites me more than music because it is a creative process.”

The Nov. 20 workshop had a half-dozen enthused participants. Mary Ormrod from Cavendish said she has known Kern for 15 years or so and, “I think she is just brilliant. She has a way of getting to the heart of the issue more than other practitioners.”

Another participant, Leslie, said, “The teacher is a pro. Feldenkrais helps the body educate the brain for the best use of the body.”

Kern said, “If I only teach you to better take care of yourself, I’ve done my job.”

Josh, who came all the way from Northampton, Mass., said, “Main Street Arts is a beautiful space. It feels like a nice fit for Feldenkrais classes.”

Main Street Arts is continuing in its recovery from the Covid shut down now over a year and a half ago. Bellows Falls noted artist and children’s book author and illustrator Charles Norris-Brown has recently joined the organization’s board. He has taught their popular and ongoing figure drawing class there since 2017. Following a successful series of outdoor concerts this summer, Kern’s and his programs along with some poetry writing workshops are the only programs currently happening.

Norris-Brown says they have gotten some Vermont Arts Council grants and other funding. He has now taken charge of renovating the building’s art room that was damaged by burst pipes even before the issues the organization suffered from COVID. He is also doing outreach “to get people to use the space.”

He sees their theater part of the building, that dates from the 1800s, as a “beautiful antique,” and he hopes to help get more performers, both musical and theatrical, to use the space. Norris-Brown sees the organization definitely moving away from its recent notoriety for doing big stage musicals to “community arts.” Whether it’s writing or theatrical on a smaller scale, they’re looking at the space as in “incubator” of creativity.

Anyone interested in using Main Street Arts, collaborating in their programs, or attending Kern’s Feldenkrais workshops, or other programs and classes, can contact Main Street Arts at 802-869-2960 or email info@mainstreetarts.org.