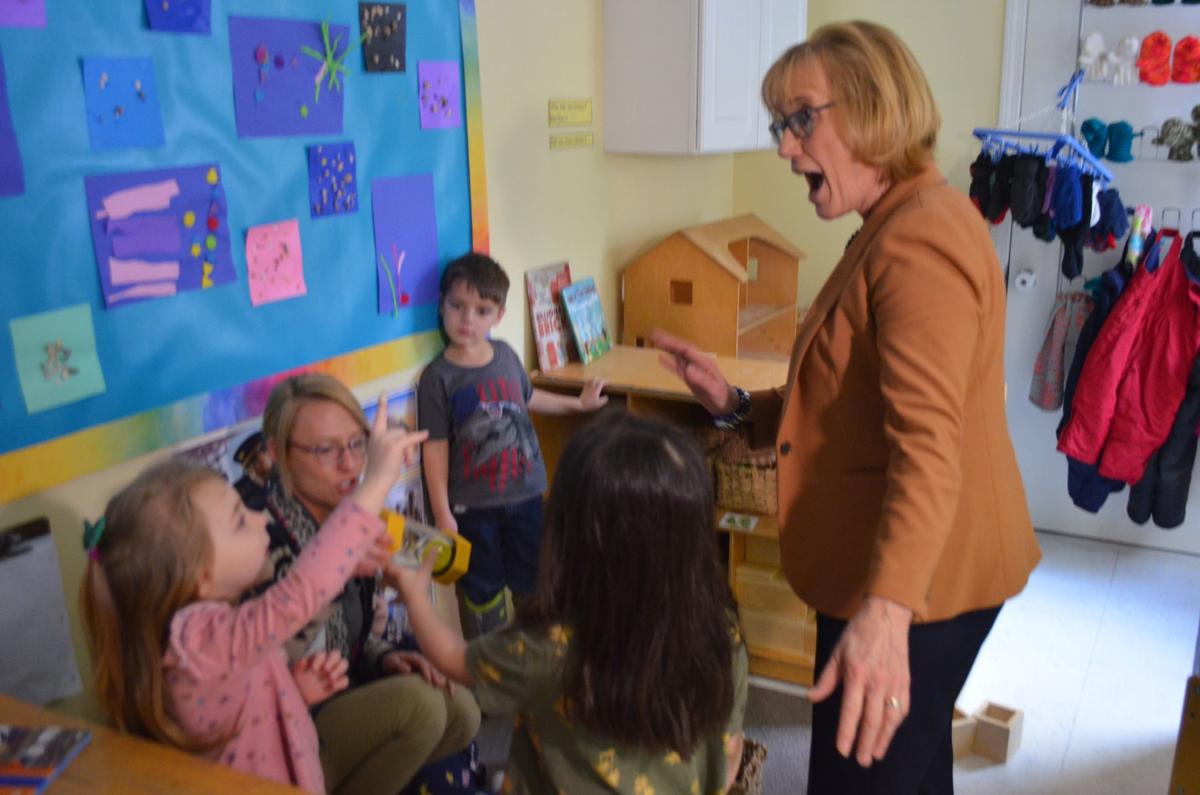 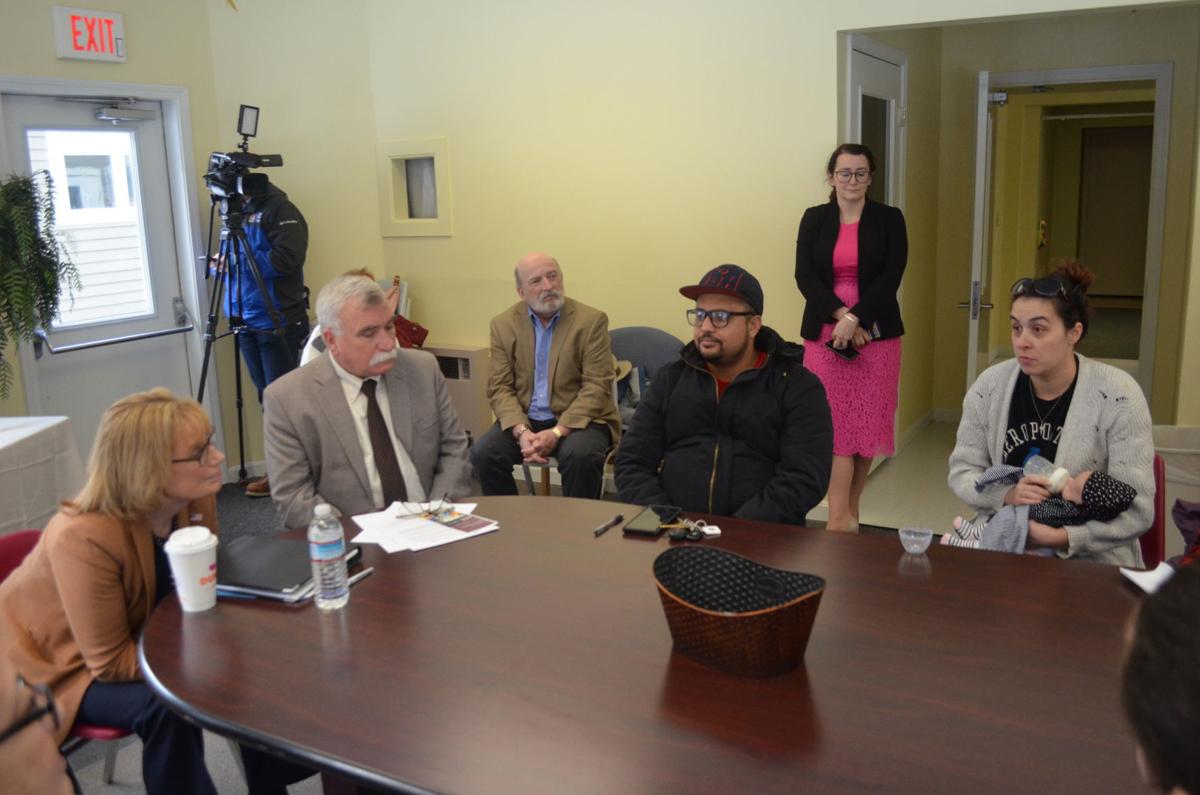 CLAREMONT — New Hampshire Democratic Sen. Maggie Hassan visited the Claremont Head Start program Thursday for an informational discussion with local parents, staff and administrators about the initiative’s importance to the community and challenges that might benefit from more federal support.

Participants in the discussion, which included seven parents and program directors, spoke glowingly about the city’s Head Start program. The parents expressed unanimous praise for the program’s educational services, teachers and the overall school community. Administrators told the senator that they have been fortunate to retain a strong quality team of educators, even when faced with similar staffing challenges that plague pre-schools and child care programs nationwide.

The biggest needs, the directors said, are to expand the access of Head Start, to both cover more families and to open enrollment to infants and younger children.

“Head Start is an amazing program,” said Calondra Gomez, whose youngest child, 4, is in the pre-school. “The exposure to learning and social integration bridges the gap to whatever definition of success we might have. Without it they’d be more likely to fall into the whole cycle of low-income and poverty.”

Gomez, a mother of four children, moved to Claremont from California two years ago. Her two oldest children went through Head Start in California with successful results.

The Claremont Head Start is run by Southwestern Community Services, which operates seven total Head Start programs across Sullivan and Cheshire counties. The Claremont program has an enrollment of 36 children between the ages of 3 and 5. Each classroom has a team of three teachers. The program also provides content-area managers, meals and additional educational and family services.

Tabatha Chase said her daughter, who has been enrolled in the Head Start for two years, had difficulty in other pre-schools because of her shyness and lack of social interaction with other children. While some pre-schools require a child to enroll already equipped with certain skills, Head Start’s focus is to narrow those gaps and get children on level.

“She came into the program not really speaking,” Chase told the senator. “Ever since she started coming she’s been speaking full sentences, she’s counting, she knows her alphabet. She has completely come out of her shell.”

Head Start Family Advocate Dawn Monty told Hassan that their program helps create individualized education plans (IEPs) for children with identified needs, but because of the program’s success with its students, “by the time they’re out of kindergarten or first grade, they’re graduating out of those IEPs.”

Hassan said that a major reason for the recent effort in the Congress to increase Head Start funding has been the findings from educational research confirming that the greater attention to child development in the earliest years will reduce the cost on intervention services later.

“I’m not the educator, but they say that ages [under] three are probably most important,” Manning said. “Early Head Start is really where we want to head, and that would give even more opportunities to bring their children in at a much earlier age for development.”

Staff said that another barrier to family access is the federal government’s income limit for eligibility, which remains well below the current cost of living.

According to Ella Weber, family services and community partnership manager at Southwestern Community Services, the federal income limit is based on total-gross income. To illustrate the narrowness of the eligibility to enroll a child in Head Start, the total income for a family of four must be at or below $26,000.

Weber told Hassan that when enrolling students, she has to put a working family on a wait-list because their combined income is $1,000 over the limit.

“So it’s like you’re punished because you’re going to work,” Weber said.

Weber also suggested more funding to allow children to remain at Head Start past two o’clock, as the inability to provide later care puts an economic strain on many of the families that Southwestern Community Services is trying to help support. Victoria Cutting, whose son, Cole, attends the Head Start, is currently in college, where she is midway through a five-year program to attain an associate’s degree in occupational therapy. Having a well-run, structured program for her son is key to allowing her time to attend school, which she is grateful to have in Claremont’s Head Start. Though her son’s schedule limits her to a part-time student schedule.

Hassan mentioned her support of a current senate bill sponsored by Washington Democratic Sen. Patty Murray that would provide child care subsidies to families making 50-75% below their state’s median income.

After the meeting, Weber said that raising Head Start’s income eligibility would also reduce some challenges for Southwestern Community Services to assist its clients. Southwestern is a broad, multi-service provider for low-income residents and families, and operates programs that include Women, Infants and Children (WIC); Head Start; Housing assistance, rehabilitation and stabilization; transportation; workforce development; and fuel assistance. Many of Southwestern’s programs are federally funded, but the eligibility guidelines for each vary. Weber said they would like to see more uniform guidelines across the spectrum so Southwestern can provide comprehensive services for every family. Currently, Southwestern serves some families who will qualify for some programs but not others.

According to Hassan’s office, last year’s government funding bill, which was signed into law, included a “record level” funding of $10.6 billion for Head Start, an increase of $550 million.

While pleased with last year’s increase, Hassan said at the event that she is troubled by President Donald J. Trump’s budget proposal for 2021 that recommends severe cuts to a range of programs, including Medicaid and grant programs for rural communities.

Though presidential budgets have limited influence as Congress has the budgeting authority, these proposals can be an indicator of the course one political party may seek to take during the budget process.