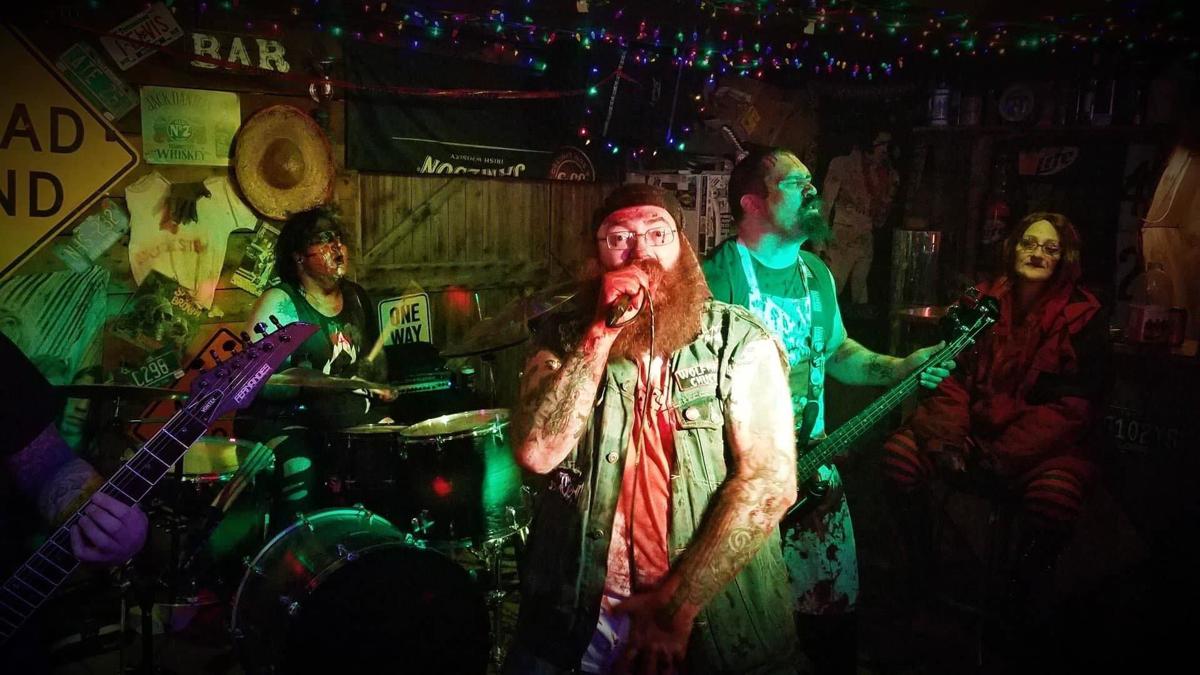 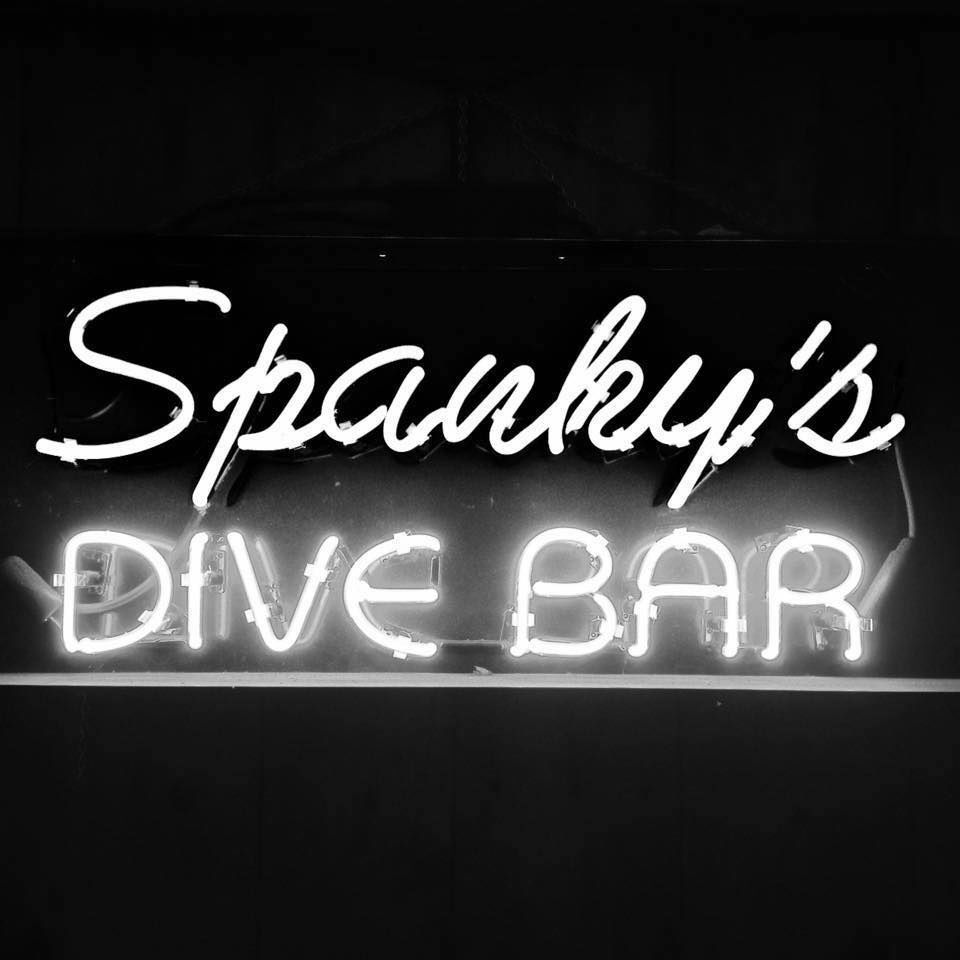 SPRINGFIELD, Vt. — John Ellis, a.k.a Spanky Payne, is an indie music and movie-loving family man who has spent more than a decade building community.

At 38 and married to his wife Amanda, Ellis is a family man with two children, Presley, 10, and Vayda, 5, doing what most young middle-class families do: raising kids, working full time and hanging Christmas lights.

His project, Spanky’s Dive Bar, has an open-door policy, following the place’s theme of community and friends featuring live music and movies.

Once a month, the local tavern does a movie night in his garage, where Christmas lights are hung year-round over a big screen where a projector casts independent or classic movies.

“The idea came from the red barn in Walpole,” Ellis said. “The first movie night I did was ‘Back to the Future’ and ‘Back to the Future Part II’ on the exact date of Oct. 21, 2015, [the date that in the movie] they went into the future. And that was done on a small TV in the dive bar. But now I have set up a projector and projector screen and it's much better.”

In December, Ellis presented “The Wiz,” a musical adaptation of The Wizard of Oz directed by Sidney Lumet with the music of Quincy Jones to a packed house of people from all walks of life, and people brought their families. The movies were for the grown-ups, but children played outside together as moviegoers took turns chaperoning the kids.

For Feb. 1 at 6 p.m., Ellis will present the movie “Cry Baby,” another John Waters romance set within the 1950s greaser culture. The event will be no charge and is B.Y.O.B.

“There is no door fee ever except for the dance party in May, and that’s a fundraiser for Punk in the Park,” he said.

Ellis is trying to raise funds for this year’s annual Punk in the Park, another community event usually in September out of Rutland that he has participated in going on 15 years.

Who is ‘Spanky Payne?’

As a kid, music was his passion.

“I was not sure what I thought I was going to be when I got older. But I was obsessed with music videos and film making at a very young age,” he said. “I was always big into the punk in my teens and 20s as I got older. I kind of shredded that later. I still go to punk shows and book punk shows but I don’t limit myself to just one genre, I love them all.”

Even to this day, Ellis, a self-proclaimed avid fan of live music, claims that there is no genre — commercial, non-commercial or amateur — or karaoke-style type of music he doesn’t like.

“I hate most new pop music,” said Ellis, who when asked if punk-rock music was dead, refused to comment.

With that said, the next karaoke event is scheduled for Feb. 22 at 7 p.m., according to Ellis.

Spanky’s Dive Bar has become somewhat famous among music lovers in Vermont because of his live concerts with frequently packed audiences of all ages.

Ellis also runs a D.J. business on the side.

“The D.J. work is done by me. The movie nights are done by me. I do everything,” said Ellis about his pervasive love of music and movies.

Over a span of 10 years, Ellis has always had a Spanky’s Dive Bar event open to the public, but karaoke was not always the most popular. Like his other events, marketing to the local community for movie night and karaoke is kept simple and cost-effective through word of mouth.

“The first one I did was like six years ago. I am going to try to do it again,” he said about resurrecting his love of karaoke, “I used to be a karaoke hero. I haven’t done it in many years and I’ve kind of lost my voice, but I’ve always loved it.”

Spanky’s Dive Bar was born in the first house he and his wife bought, located on Route 11 on the outskirts of Springfield.

“Spanky’s Dive Bar started in 2010 when I moved to Springfield, Vermont from Grafton, Vermont. It is a B.Y.O.B. Venue where Bands come from all over. Bands come from every state in New England and also other states like New York. Also, people come that far away to see the show,” said Ellis, who loves live music, and because of his love started the venue on his homestead property.

Ellis said the venture has been very successful.

“This is one of the best places to see a show. It is open to the public, it’s a B.Y.O.B. venue and always free.” he said. “I love to be around people. I love seeing happy faces and knowing I had a part in that.”

Ellis said that his three passions from the early beginnings of Spanky’s Dive Bar to now — which consists of family; the bar-style music and film venue; and collecting vinyl records — have not changed, all thanks to the community around him.

“The community in Springfield is great. The police station has been very supportive of what I do and they usually don’t come down on me for noise, and we play acoustic music at 10 p.m. so the neighbors don’t get mad or upset.”