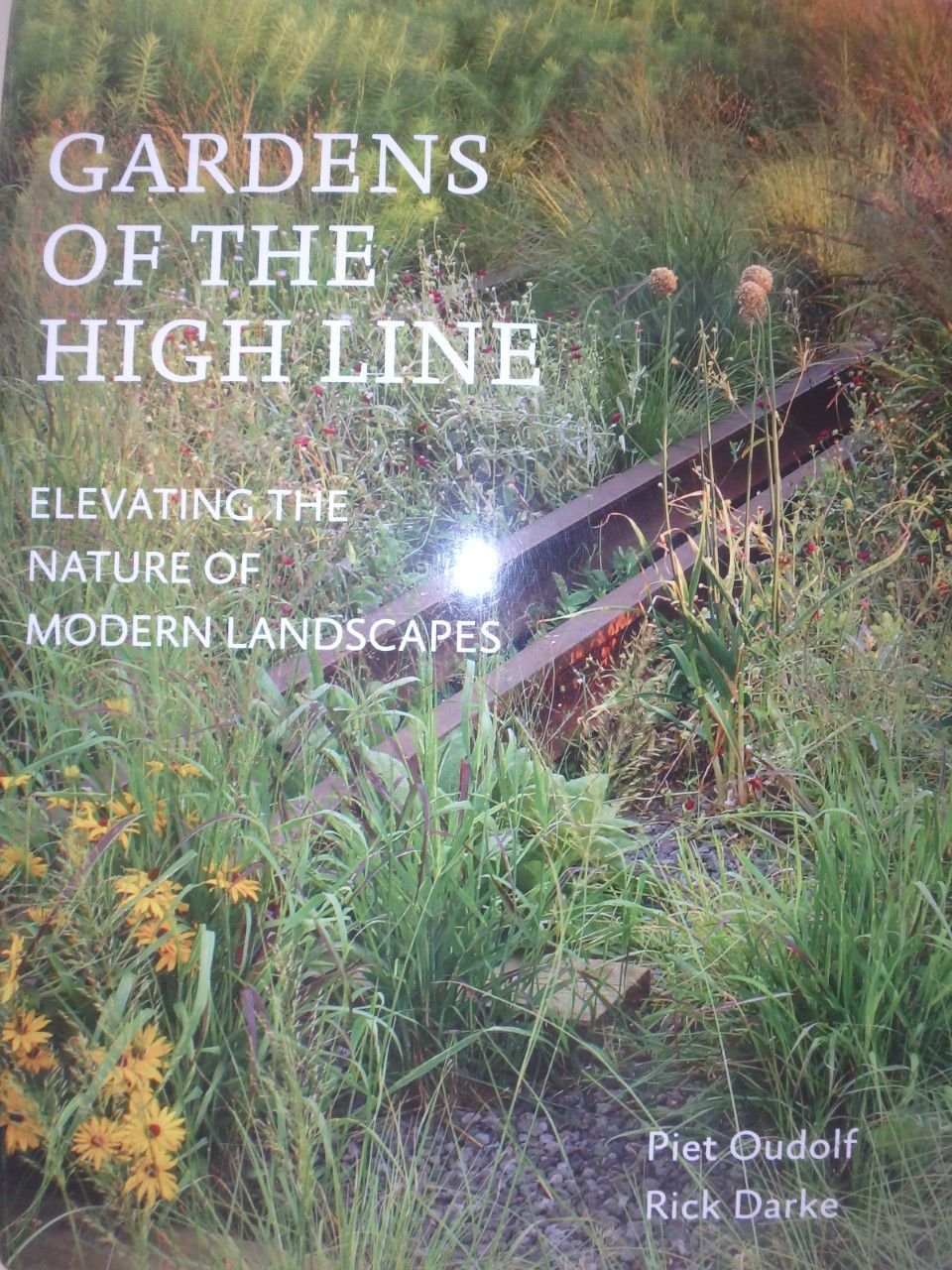 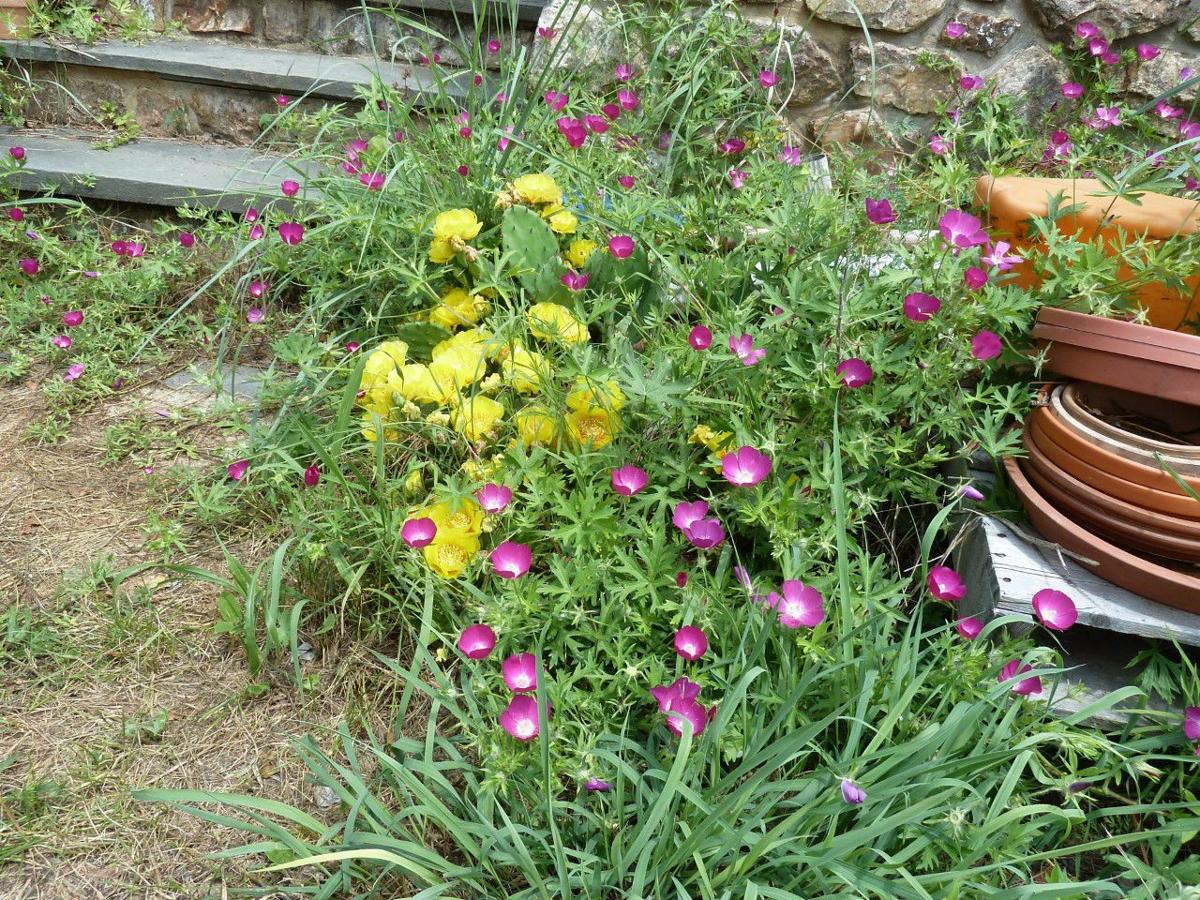 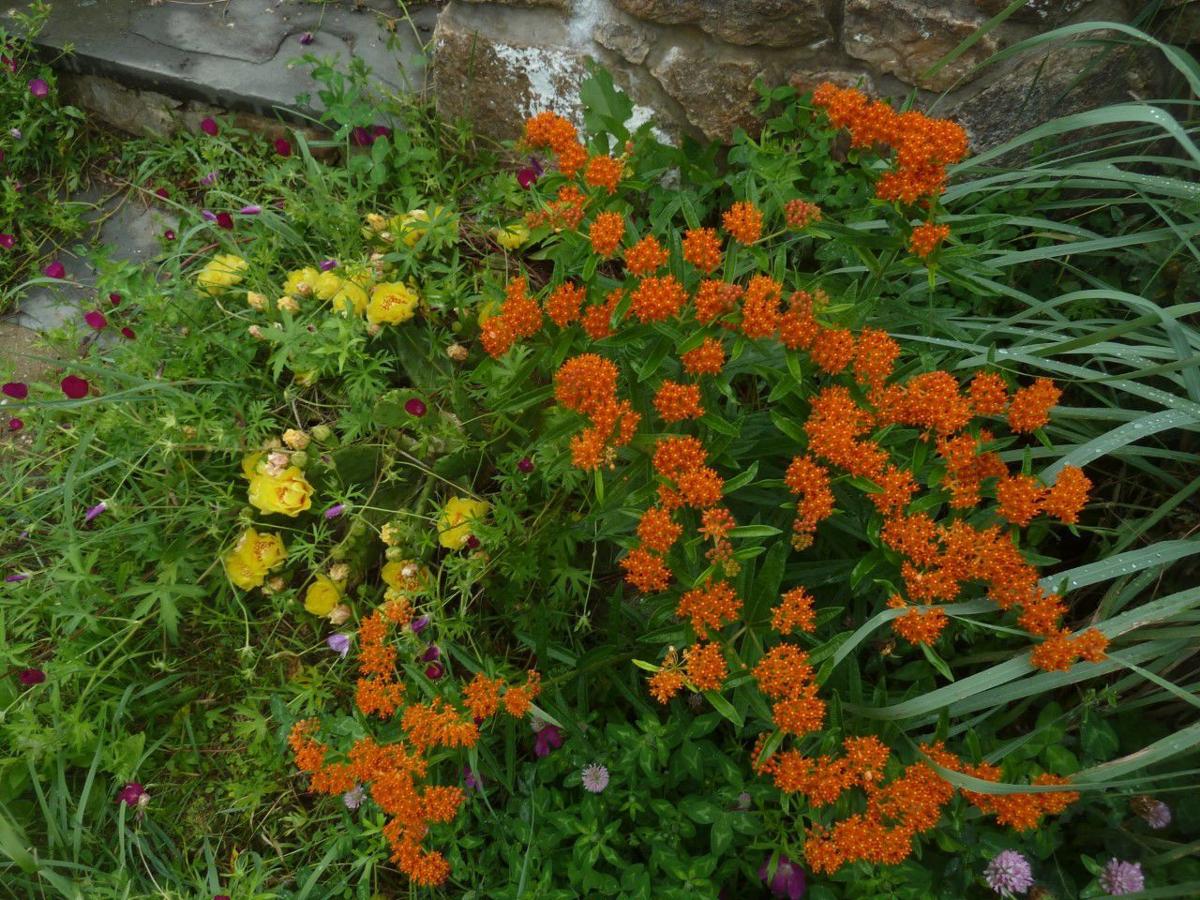 It’s cold outside, and nothing is happening in my garden. Well, I guess deep beneath the soil surface there are microbes and worms and moles alive and doing whatever they do in winter. But I am doing nothing in the garden, so this is a time to read about gardening.

At a gardener’s dinner, I asked my friends to bring me good books to read about gardening. The first one I picked up is "Gardens of the High Line: Elevating the Nature of Modern Landscapes," by Piet Oudolf and Rick Darke (Timber Press, 2017). I have visited the High Line in New York: a mile-and-a-half of gardens growing on what was an elevated railroad bed that fell into disuse until it was re-purposed as a fabulous outdoor space in the heart of the city.

The book is full of fabulous pictures of the gardens, along with ideas about how gardens can be designed. None of us can do what they did there, but we can get ideas from the designers. Piet Oudolf, a Dutch landscape architect, was one of the primary design forces for the garden. I interviewed him at his home in Holland back in 2007.

A quote I liked from Oudolf was this: “The one tool I can’t be without are my eyes. Sometimes you need a spade, sometimes pruners, but when you are gardening you really have to look.” It’s for that very reason I can’t design a garden on paper. I have to, have to, be in a garden, and have plants to work with before I can figure out where they’re going to go.

Yes, I know some basic design principles. For example, create mystery or tension by obscuring part of the garden with plants (or hardscape), thus leading viewers into the next portion of the garden along a path. Or create waves of color, masses of color, instead of sprinkling little bits of color in the garden. Enjoy seasonality. Let one portion of a garden be special in spring, another in fall. All this really becomes possible for me when I have plants in hand and I can see — and then imagine them in a year, in five years, in 10. Eyes are the key, along with the imagination.

Another design principle used heavily at the High Line is this: borrow a view. Create your garden in such a way that visitors see not only your plants, but the view of a mountain, a river, or in New York, buildings. The High Line is surrounded by, and towered over by, buildings. Interesting architecture, filigreed steel of the bridges over city streets, for example. The gardens encourage visitors to stop and view the surrounding cityscape, day or night.

The plant palette is an important part of the success of the gardens. According to the book, there are nearly 400 species of plants at the High Line, about half natives, half from other continents. The important thing for a tough location like the High Line is to get plants that will survive, thrive and move. Yes, the book explains that the gardens are dynamic: plants get to pick, to a certain degree, where they will grow. Garden staff let “volunteers” (self-sown plants) spread in the gardens.

Obviously, the small trees growing there were planted in a location, and stay there. But some do spread by root, and do wander a bit. For example, the designers used sumac in some places for its interesting branching and splendid fall color, and it does spread by root.

I remember seeing a grove of sumac adjacent to a lawn in Wilder, Vermont, years ago. The sumac had sent underground stolons (roots) to a sandbox in the middle of the lawn, and new shoots were popping up in the sandbox — the lawn mower had only controlled those that appeared in the lawn. Concrete walkways and old railroad ties and rails on the High Line do inhibit spread to a degree.

A book like this one is great if you want to expand your plant palette at home. It has common and Latin names of the plants in the photos, so you can make notes in your notebook with a wish list. I found myself seeing interesting plants in the photos and not being sure which was which, but in this day of Google, it is easy enough to find out.

Not all the plants are easily found, however. I saw mention in the book of Dale Hendricks, a fellow I interviewed a decade or so ago when he was running North Creek Nurseries in Pennsylvania, a wholesale nursery which he has since sold to others. Dale built up a huge inventory of native species, including named cultivars of specialty goldenrods, for example. I gave him a call recently, and got some plants he likes for hot, tough places.

Dale Hendricks said he likes hyssop-leaf thoroughwort (Eupatorium hyssopifolia), a late summer bloomer related to Joe-Pye weed and boneset, but that is quite diminutive. It has attractive white blossoms in meadows with good drainage and full sun. Growing with it often is little blue stem, a native grass. “The Blues” is a named, non-patented variety he developed.

So do some reading this winter, and make plans for new summer plantings. You may have to ask your local nursery to order in some of the less common plants I mentioned above, but they might be in stock.

Henry Homeyer is the author of four gardening books, lives in Cornish Flat, New Hampshire, and his email is henry.homeyer@comcast.net.