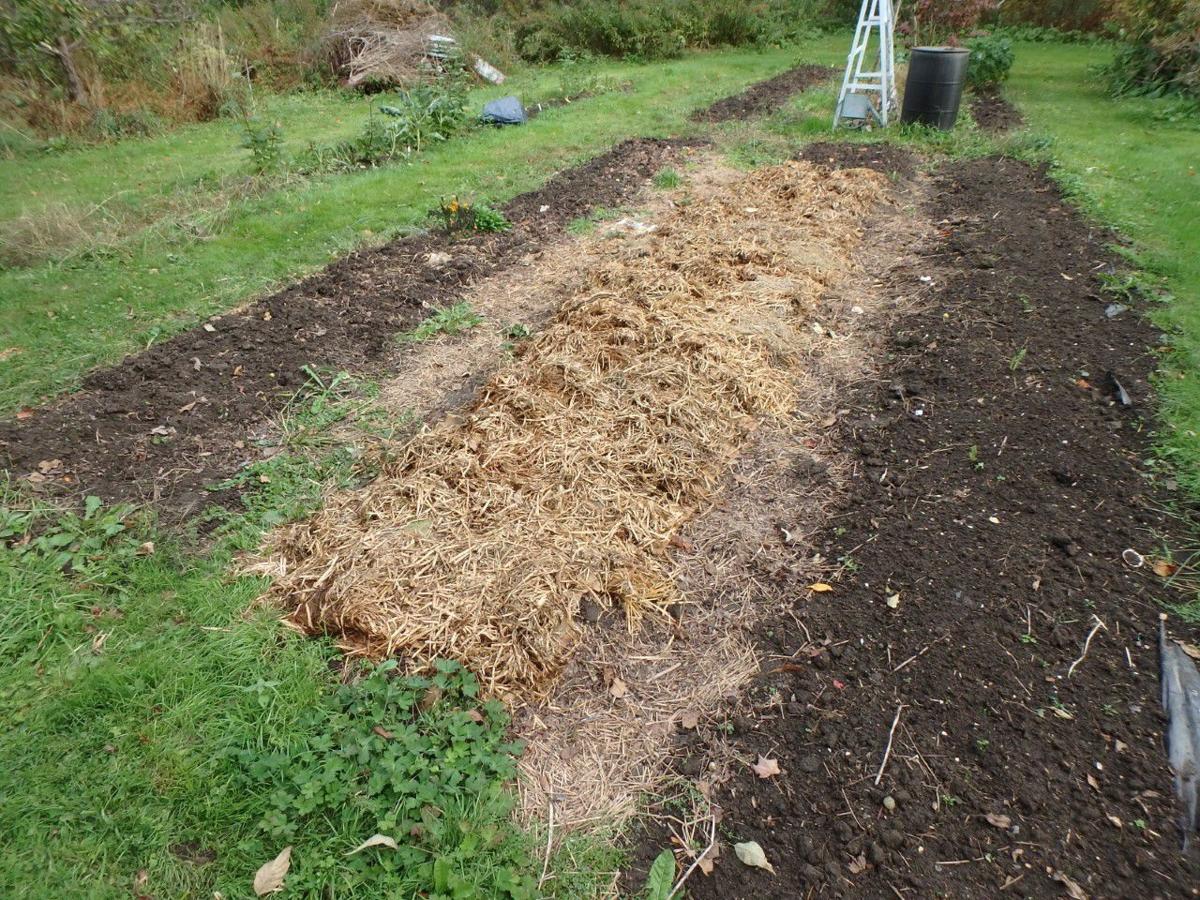 Mulch on a vegetable garden bed will keep down weeds in the spring. 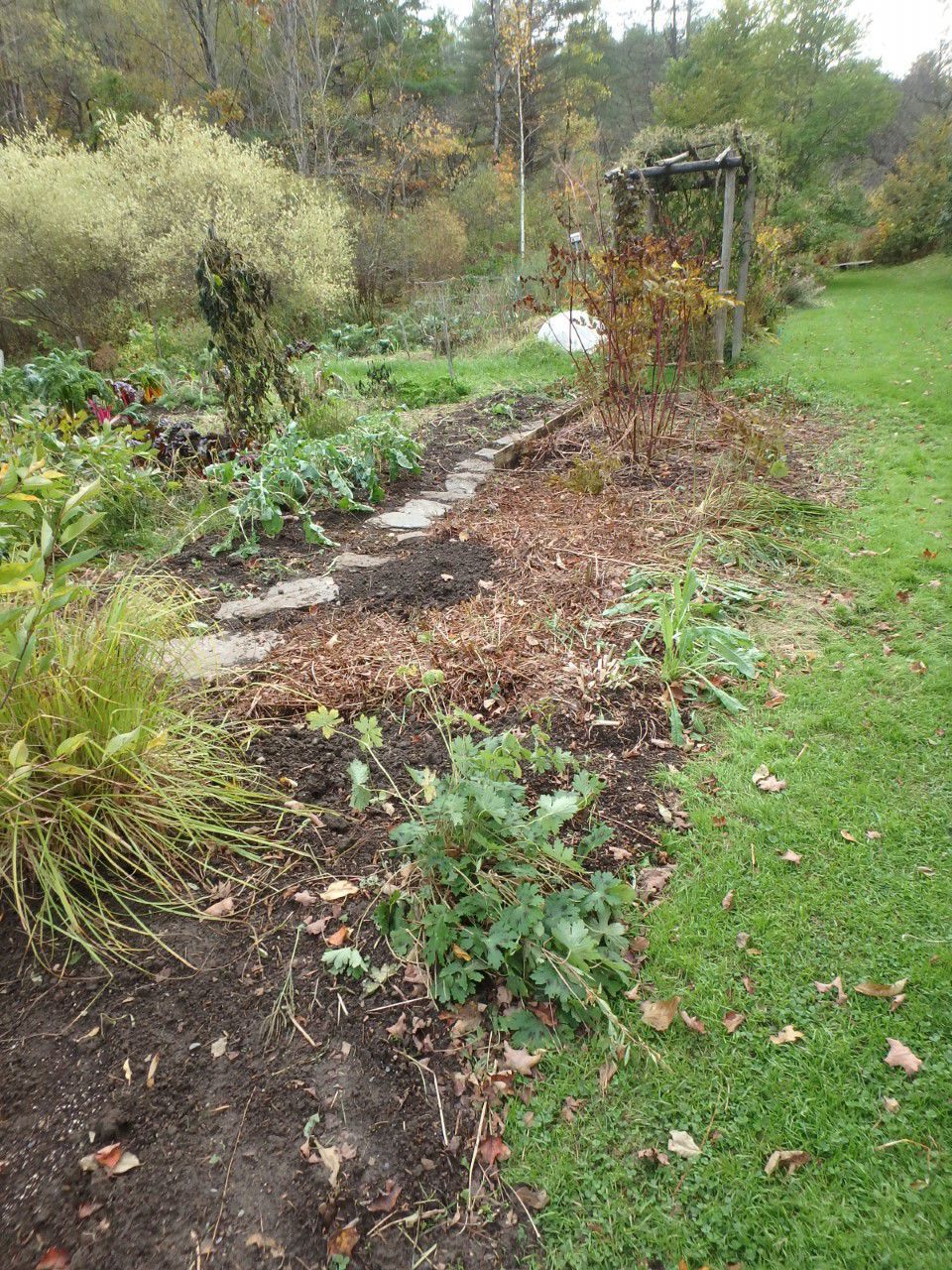 Most perennials were cut back in this bed. 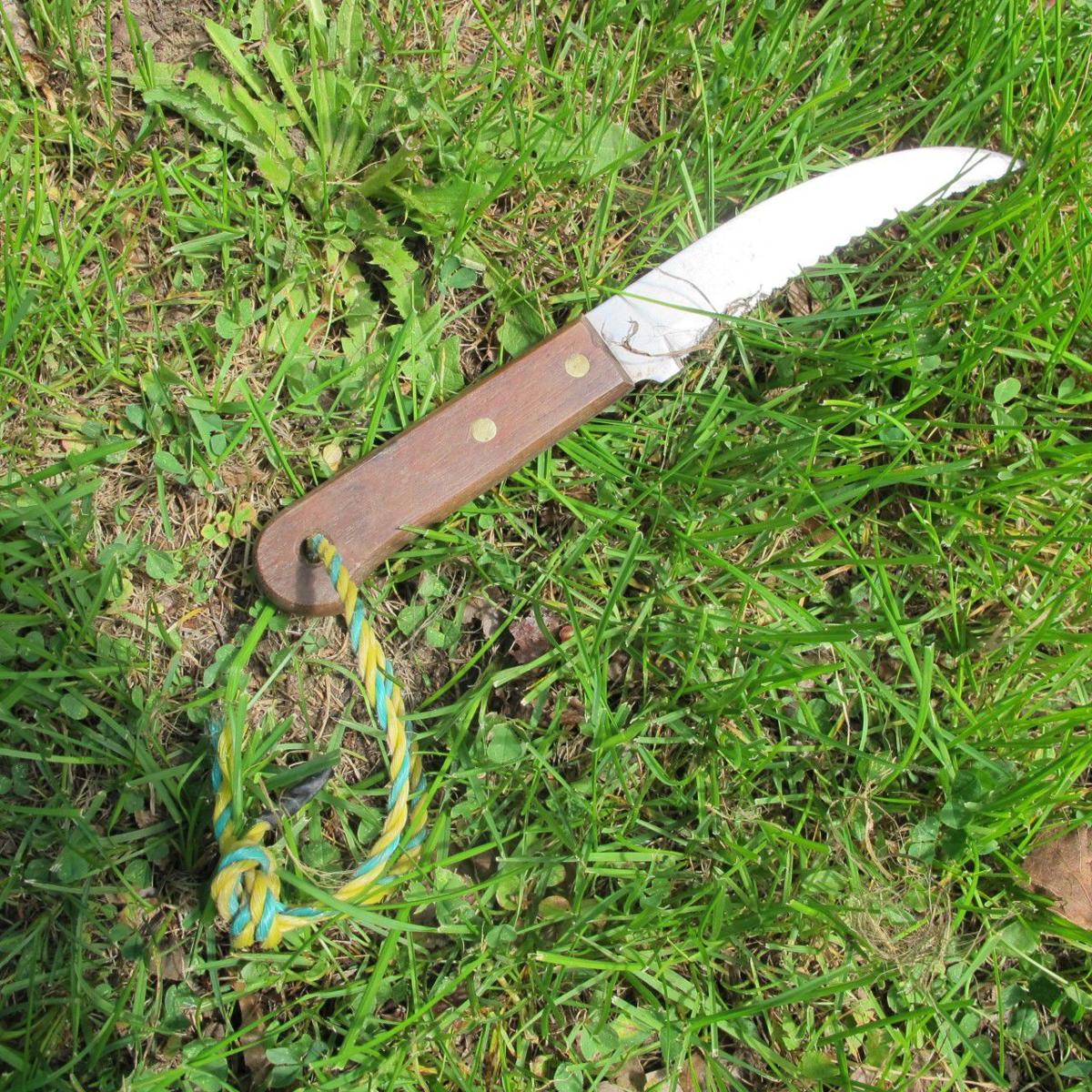 This knife has a serrated edge and is great for cutting back flower stems.

Mulch on a vegetable garden bed will keep down weeds in the spring.

Most perennials were cut back in this bed.

This knife has a serrated edge and is great for cutting back flower stems.

Pardon me for saying so, but it’s time to get ready for winter. That’s right. A few days ago (or was it weeks?) we were swimming in the ocean and lounging in the sun. But we’ve had frost, and I’ve seen serious snow as early as Oct. 15. Here are some of the things on my list:

Clean up the vegetable garden. Harvest the last of the root crops, pull the weeds and mulch everything with leaves. The key here is this: pull the weeds.

Annual weeds will die with the cold, of course, but most have produced seeds by now that will guarantee their progeny will appear next year. When you pull them, try to avoid knocking loose the seeds. Be gentle.

Perennial weeds and grasses have serious roots that are hard to pull, and will survive the winter. If you can get them out now, you will have less work next spring. In the spring, the soil will be wet, the air cold. We will still have some nice warm days for weeding before winter.

Use a good weeding tool to get all the roots out. I like the CobraHead weeder to tease out the roots and comb though the soil. It’s a simple hook that slides through the soil easily and lifts up scraps of root. You can suppress weeds in the spring by putting down old newspapers and covering them with straw or leaves.

Insect pests and fungal diseases can be minimized next year by getting rid of plants this fall. Tomatoes generally have at least some leaf blight, and squash family plants often have both insects and fungi by the end of the summer. Potato bugs may have visited your plants. So get rid of these plants by putting them in the household trash or by adding them to a pile of brush you will burn after snowfall. I suppose you could drag them off to a far corner of the property, but I know potato bugs, at least, will hike a long way for a free lunch.

Clean up the flower garden. This entails cutting back most flowers and pulling weeds. I say cut back most flowers, but suggest leaving a few tall flowers for the birds – they like seeds of sunflowers, black-eyed Susans and purple coneflower, among others. Those tall plants also provide a little winter interest for you silhouetted against the snow.

Instead of cutting back your perennials with your pruners, try using a serrated knife. Next yard sale you see, stop and buy a steak knife. They work great. Grab a clump of stems and saw them off. I suppose one of those folding pruning saws would do it, too – but wear gloves and be careful using one. They are very sharp.

I’ve used hedge clippers, too, for fall cleanup, but often old clippers don’t do a good job on heavy stems; things get stuck between the blades. I have a pair that works well made by Barnel, their B1000L hedge shears. Available from www.oescoinc.com.

Should you rake the leaves out of your flower beds? That all depends. If you leave the leaves, they will help suppress weeds in the spring, and will eventually decompose. Still, many gardeners like the look of a clean flower bed. The choice is yours. Me? I generally leave them.

Another fall task involves improving the soil, particularly in the vegetable garden. Adding a layer of compost after weeding is always a good plan. Add an inch of more of compost and stir it in with a tool, and it will stimulate your soil to become more biologically active by adding and feeding soil microorganisms.

Many garden centers sell compost by the truckload for a price considerably more reasonable than by the bag. Dairy farms often sell aged manure or hot-composted manure (which is even better). Some will deliver it to your garden. If you keep your raised beds in place each year, just add the compost to the beds, don’t waste it on the walkways.

Fall is a great time to get your soil tested. Your state Extension Service offers this service, just go online and download the form. If you have never had soil tested, pay extra and get tested for heavy metals if you grow edibles. Houses built before 1978 (when lead was banned in paint) often have lead in the soil nearby – which is dangerous. A good soil test will not only tell you if your soil is deficient in minerals, it can tell you if it has adequate organic matter and a soil pH that works for your plants.

For a more in-depth soil test, you can do a test with Logan Labs (https://loganlabs.com/) and for a fee of $30, talk with a soil scientist about the results.

Last, rake the leaves, or better yet, chop them with the lawnmower and then rake them up. Chopped leaves are fantastic mulch, and a real boost to your soil. Earthworms love them, and will bring the organic matter down into the soil. When you cut the lawn at the end of the season, lower the blades a little because long grass is more susceptible to winter fungal problems.

There are plenty of other tasks to do in the garden, so play hooky on a sunny day and get back out into the garden. You’ll never regret doing so.

I now have pricing for the Viking River Cruise I hope to lead from Paris to Normandy and back next June 19 to 26. Email me for the details at henry.homeyer@comcast.net. This could be great fun, and I plan to do some gardening talks in the evenings.

Henry Homeyer’s website is www.Gardening-Guy.com. He is the author of four gardening books. You may reach him at henry.homeyer@comcast.net.