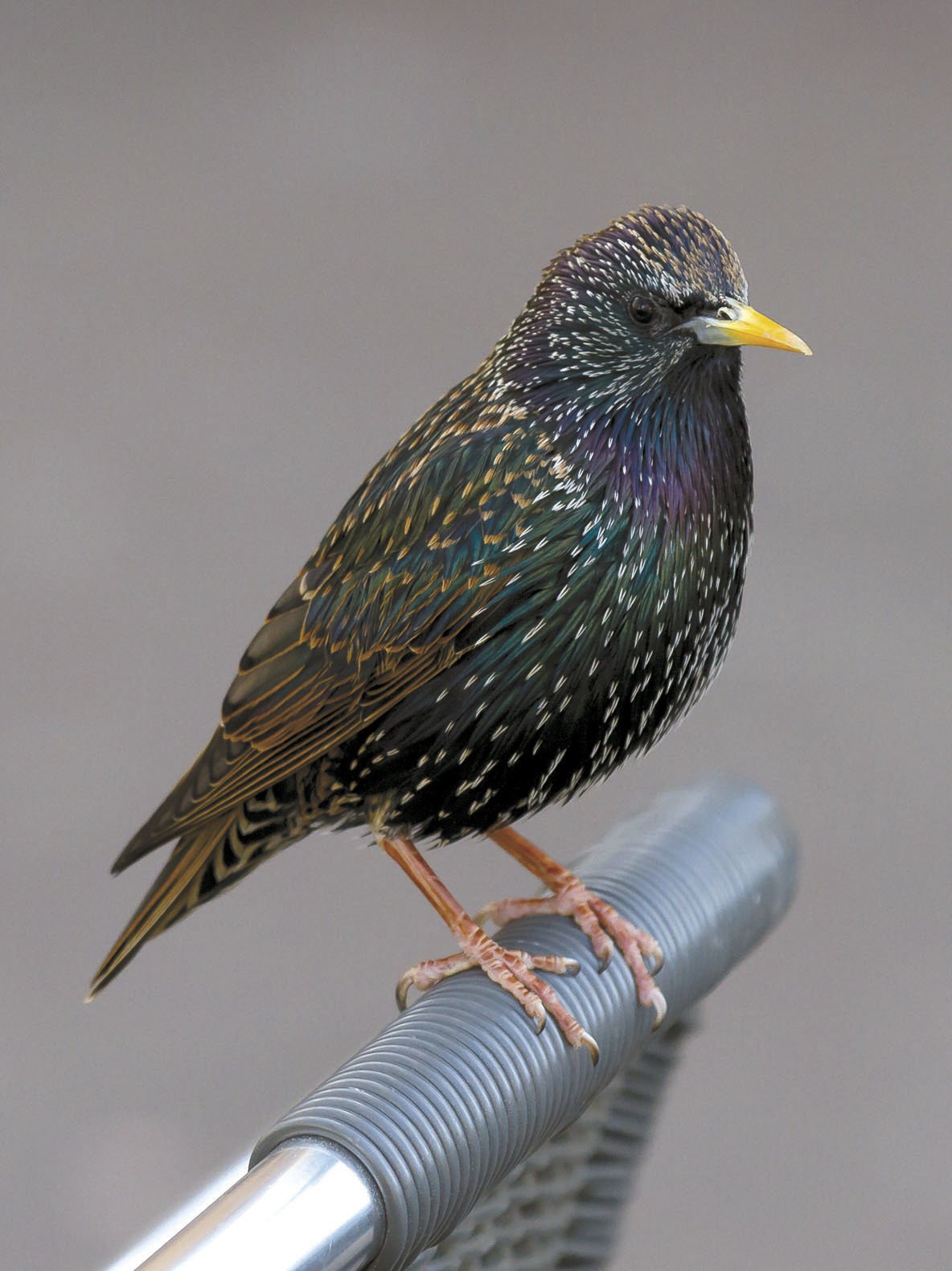 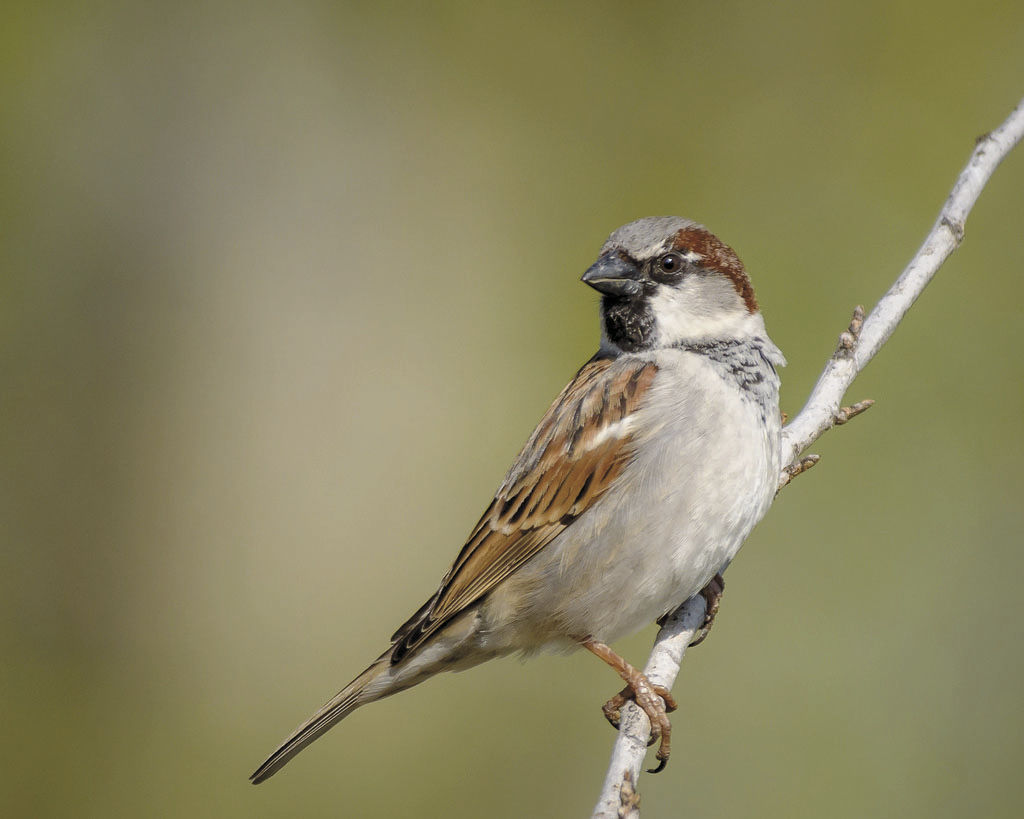 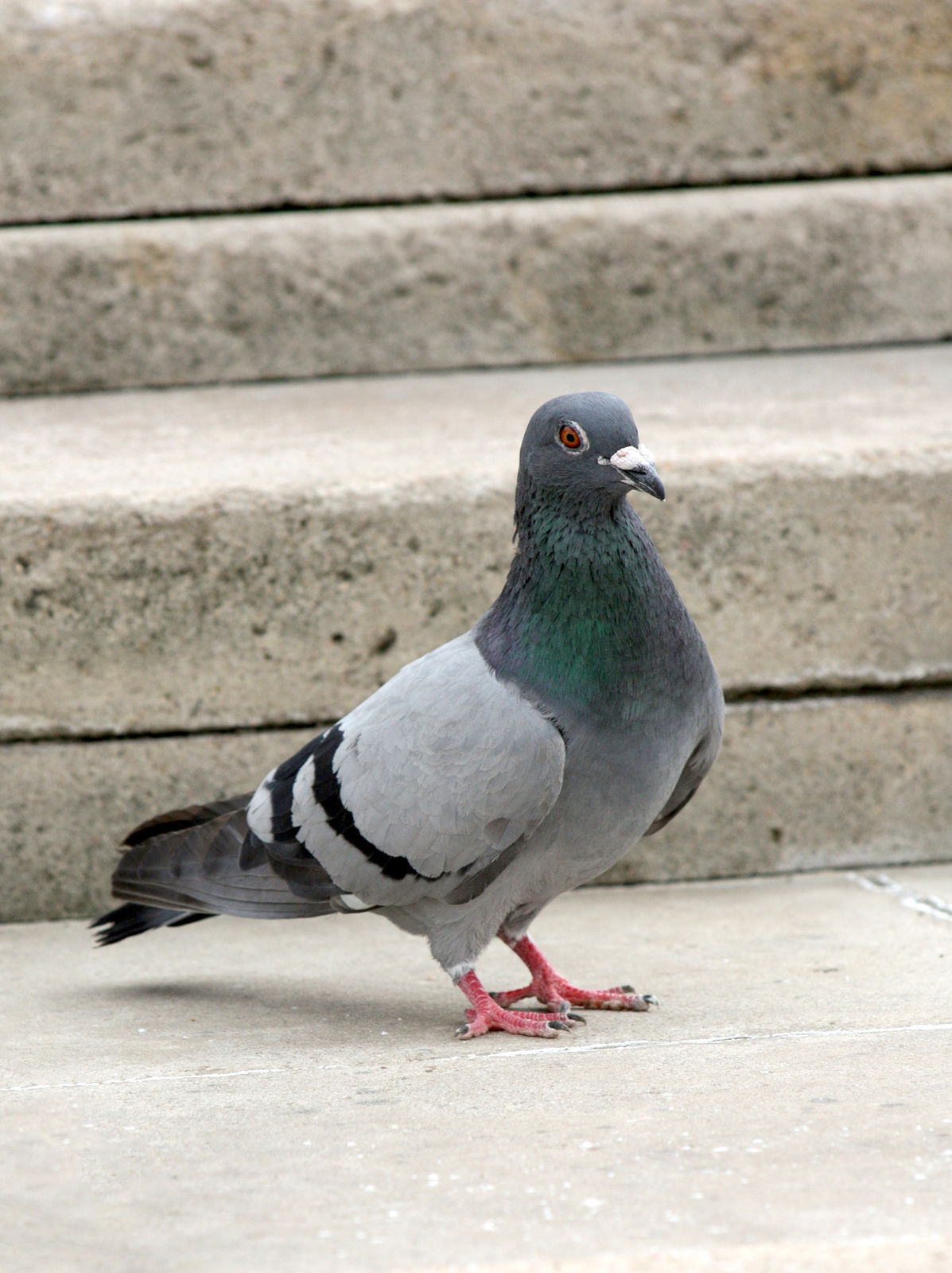 In the various places that I have lived I have measured how far “out in the country” I am by whether or not there are any alien species in sight. “Alien” is the often-used term for an animal or plant that is not native to a region, but has been introduced either accidentally or on purpose. The three most common backyard aliens are the English or house sparrow, the common starling, and the rock dove (ordinarily called the pigeon).

The story of the starling is relatively well known: they were introduced in the late 19th century as a part of revival in interest in Shakespeare’s work. Although it is hard to imagine it now, such is the reverence in which he is held, the Bard of Avon was out fashion for a couple of centuries, at least. Eugene Schieffelin was president of the American Acclimatization Society, a group of wealthy New Yorkers dedicated to introducing foreign species to the U.S. for reasons that combined early ideas similar to “integrated pest management” and mere snobbery.

Schieffelin was reputedly a Shakespeare fanatic and claims after the fact state that he wanted to introduce all the birds mentioned in the plays to North America. The starling appears in one of the “history plays,” “Henry IV, Part 1,” where it used to drive the king mad by constantly repeating the name of his brother-in-law. Starlings are related to mynas and are apt mimics.

In 1890 Shieffelin introduced 60 starlings to Central Park — it was his third attempt — and now they are found from the Northwest Territories in Canada to the Rio Grande. The common starling is native from western Europe through the Middle East to northern India. It is an adaptable bird and prefers urban and suburban settings that provide the equivalent of pasture in the form of lawns and parks and abundant places to roost in groups. In its native range it retreats from the northern latitudes in the winter and after its spread into Canada on this continent, it developed migration routes and wintering grounds over here.

This is in contrast to native birds like the Carolina wren, which are spreading northward, but the northern populations do not seem to develop the habit of migration and so many are killed in severe winters.

The cultural reason for introducing the starling to the U.S. may be an urban legend and in the other places it where has been brought in, like Australia and New Zealand, it was explicitly to control agricultural pests who were feasting on the alien crops planted by European settlers. The house sparrow was introduced to the U.S. in order to control the linden  moth, which feeds on the basswood (aka linden), which are often used as street trees.

In contrast to the starling, which is associated with agricultural fields and their mimics, the house sparrow is more closely linked to livestock. After it was introduced in 1852 in New York, it spread rapidly in North America by virtue of its affinity for horses, which were ubiquitous at the time. Urban areas were full of horses, because they were the motors for the 19th century equivalent of delivery trucks and taxi cabs (not just private transportation). The cities were filled with livery stables that were filled with bales of hay, and the city streets were filled with horse dung. House sparrows adore the seeds found in hay (which includes alfalfa as well as grasses) and as it happens the sparrows find the seeds more digestible after they have passed through the alimentary canal of a horse and then been excreted on the street.

Given the decline of the horse population in urban areas since 1920 or so, you would expect that sparrows populations would also have declined and you would be correct. While still quite abundant, they have retreated from their early 20th century maxima.

House sparrows are related to weaver finches, those African birds that built huge woven colonial nests in acacia trees on the savanna. The house sparrow is more of a cavity nester at our latitude, but in warmer climates it builds a domed nest like its weaver cousins. It also builds a roosting nest in the colder months and several birds may use it on a nightly basis. Given its close association with humans and its own communal ways, you can see why it has been so successful worldwide.

Rock doves are not just associated with humans, they have been domesticated — actively bred and kept in cages — for at least 5,000 years. Originally native to the Mediterranean region, particularly areas with coastal cliffs, where the birds prefer to nest, it has been introduced to much of the world by European colonists who also happen to be “pigeon fanciers.” Keeping pigeons is an enduring passion for all manner of people. Darwin, for example, was an avid keeper of pigeons and so was Terry Malloy (Marlon Brando) in “On the Waterfront.” The hobby crosses all class lines and is practiced all over the world. Pigeons were used as carriers of messages, they are used for racing, and they are raised for eating. Consequently, they are ubiquitous.

The pigeons that we have in the U.S. are feral. They are escaped domestic pigeons rather than actual wild rock doves. Without controlled breeding, many domestic pigeons revert to the rock dove plumage: the light gray back, two prominent black wing bars, and the iridescent sheen against a darker gray head and neck.

Like house sparrows, pigeons are strongly associated with cities and with barnyards. Starlings don’t like to stray into the deep woods, but are generally found almost everywhere else. And as I have lived further and further out in the middle of nowhere, I have found that first I lose the pigeons, then I lose the sparrows, and finally there are no starlings either. Then you are really in the wilderness.