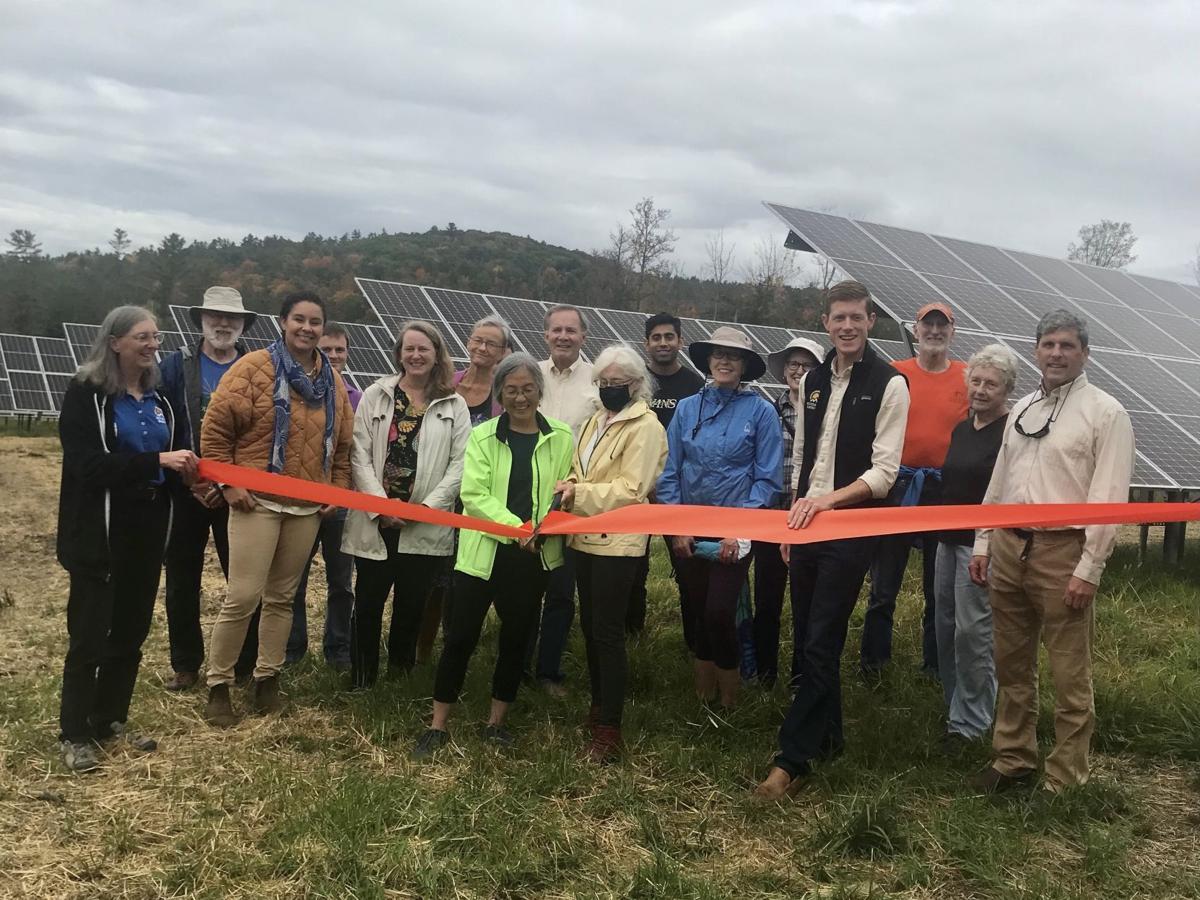 Officials with the town of Hanover and Enfield-based ReVision Energy cut the ribbon on a new 1.72-megawatt solar farm on Thursday, Oct. 14, 2021. 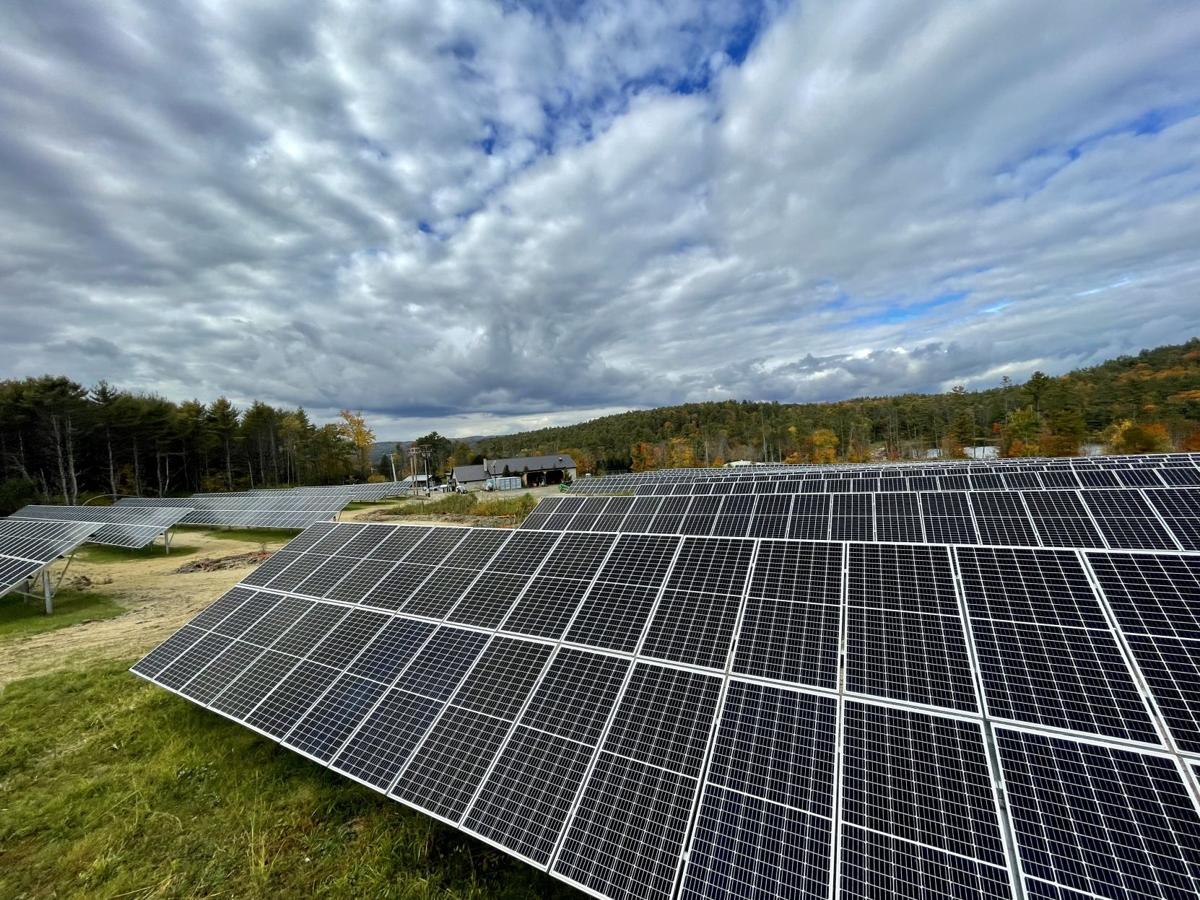 The new array, located adjacent to the town of Hanover’s Water Filtration Facility on Grasse Road, is made up of 4,560 solar panels.

Officials with the town of Hanover and Enfield-based ReVision Energy cut the ribbon on a new 1.72-megawatt solar farm on Thursday, Oct. 14, 2021.

The new array, located adjacent to the town of Hanover’s Water Filtration Facility on Grasse Road, is made up of 4,560 solar panels.

HANOVER — Officials from the town of Hanover and ReVision Energy on Thursday unveiled a new solar array that will produce nearly all of the municipal electric needs through group net metering.

A ribbon-cutting event was held early Thursday afternoon to mark the completion of two ground-mounted solar farms located adjacent to the town of Hanover’s Water Filtration Facility on Grasse Road. The 1.72-megawatt installation of 4,560 solar panels will generate more than two million kilowatt hours of electricity a year, making it the largest single-site municipal solar array in New Hampshire, according to the town of Hanover.

The solar farm is expected to offset 3.2 million pounds of carbon dioxide emissions per year, equivalent to the carbon sequestration of 1,816 acres of American forests and more than 320 passenger cars driven for one year, according to the Environmental Protection Agency.

This solar array is one step Hanover is taking to meet its goal of switching to 100 percent renewable electricity by 2030.

“In battling the impacts of climate change, communities need to be in a leadership role” said Hanover Town Manager Julia Griffin. “One very important component of that is solarizing the heck out of every possible rooftop, and to pursue at the Town level large ground-mounted solar arrays.”

The array was installed by Enfield-based ReVision Energy, an employee-owned solar company that works with municipalities, nonprofits, businesses, and families to accelerate the clean energy transition.

“All across New Hampshire, cities and towns are stepping forward to combat the climate crisis with clean energy projects, energy efficiency, and beneficial electrification,” said Dan Weeks, an employee-owner and vice president at ReVision Energy. “Although the state still has a long way to go, with less than 1 percent of electricity coming from solar, we are inspired by how Hanover’s leadership of the clean energy transition and honored to partner with them.”