A number of community members met inside the Springfield High School library and virtually over Google Meet on Thursday evening to voice their opinion on a resolution against the teaching of critical race theory, which was ultimately voted down. 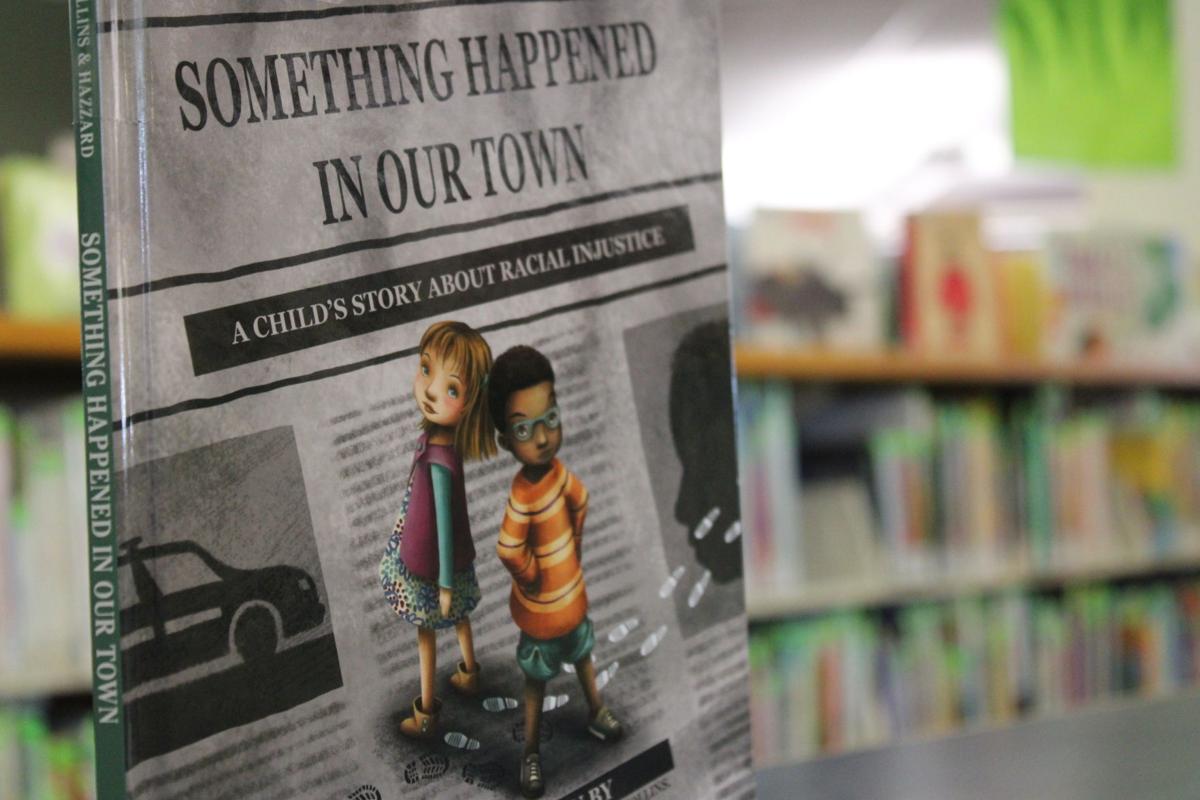 The book “Something Happened in Our Town: A Child’s Story About Racial Injustice” by doctoral psychologists Marianne Celano, Marietta Collins and Ann Hazzard, stands positioned on a table in the Keene Public Library.

A number of community members met inside the Springfield High School library and virtually over Google Meet on Thursday evening to voice their opinion on a resolution against the teaching of critical race theory, which was ultimately voted down.

The book “Something Happened in Our Town: A Child’s Story About Racial Injustice” by doctoral psychologists Marianne Celano, Marietta Collins and Ann Hazzard, stands positioned on a table in the Keene Public Library.

SPRINGFIELD, Vt. — The Springfield School Board voted to reject a resolution aimed at banning critical race theory from district classrooms during a special meeting on Thursday night.

A record 200-plus attendees joined both virtually and in person in on the discussion prompted by a proposed resolution by board member and clerk Stephen Karaffa during the board’s Monday, Aug. 23, meeting, which called for the district to forbid the teachings of critical race theory in schools. While the resolution lacked a definition of critical race theory, The Associated Press explains it as “a way of thinking about America’s history through the lens of racism. . . that centers on the idea that racism is systemic in the nation’s institutions and that they function to maintain the dominance of white people in society.”

Karaffa began Thursday’s meeting by introducing a motion to lay the resolution on the table, which would delay discussion of the document until a majority of the board voted to bring it back. Fellow board member Patti Kemp seconded the motion.

However, fellow board members, including board chair Troy Palmer, advised against doing so as it would only serve to inflict further damage to the community and the school district.

“Personally, I would leave it open because I feel like this is dividing our community right now,” Palmer said, “and we need to take this to a conclusion so we can bring the breath back into the school district.”

Karaffa defended his motion by saying that he believed not all sides of the issue would be heard. Fellow board member Michael Griffin added that a number of phone lines across southern Vermont were down at the time, which could make it difficult, if not impossible, for some residents to attend the meeting.

The motion was ultimately defeated 3-2.

The board then moved to a presentation on “curriculum camp,” the name given to a gathering of 15 district educators over the summer paid for with Title II federal funds that was spent on inter-department collaboration, community building work, and reading articles over the course of 30 hours.

According to the presentation given by Springfield High School assistant principal Michael Ruppel, the camp’s comprehensive purpose was to: provide opportunity for inter- and intra-departmental collaboration on curriculum and assessment practices; support teachers in deepening their understanding of pedagogy and how those elements will connect to curriculum development ensure that the curriculum, writ large, is coherent and reasonably designed to ensure that students can become Capable Cosmopolitans; and promote a consistent format and structure for curriculum documents.

However, one article read and discussed during one of the camp’s training sessions, “Do You Teach the Children of White Supremacists?” written by Randolph High School principal Elijah Hawkes caught the eye of several community members.

Superintendent of Springfield Schools Zach McLaughlin, while acknowledging the concerns brought forth to himself and the board as a whole, also highlighted the irony of the complaints.

“The irony of the concern is that [the article] addresses exactly what people are worried about.”

Zach also highlighted recent history within the district that he felt were significant to bring up during the conversation — such as the discussion last year to potentially ban the book “Something Happened in Our Town: A Child’s Story About Racial Injustice” after a parent made two complains regarding its use and depiction of law enforcement — which some in attendance, include board members, felt was not relevant or were brought up in a way that mischaracterized those events.

The majority of the three dozen community members, stakeholders, students, educators, alumni, administrators, and parents who offered their insight and opinion on the matter throughout the three-hour meeting spoke against the resolution.

While many of the speakers were either parents of district students, district students themselves, or educators in or outside of the district, one attendee, Jordan Phelps, brought almost all of these different backgrounds with her in her two-minute remarks.

As a 2015 Springfield High School graduate and current elementary school educator in Salem, Massachusetts, Phelps not only understands what students in the district are taught and not taught, but also how that can affect them once they leave the town for outside opportunities — especially now when she is tasked with handling these difficult conversations in classrooms more diverse than those in Springfield.

“I believe I was not adequately prepared to interact with these children and families because I came from a small town in Vermont with limited diversity and limited curriculum in terms of racism and its history,” Phelps said. “I am not here to share my opinion on whether or not critical race theory should be taught in Springfield schools, but I am here to say that I should have been taught more about race and social injustice when I was in school. And if it turns out that CRT is taught in the Springfield School District, teachers must be adequately trained. To be honest, if the day comes that I consider moving home to teach in the town I grew up in, I will only do so if it’s a community that does a better job at teaching students the whole truth and prepares them to live in a world where racism exists and is talked about. The world outside Springfield’s walls is a diverse one that I was not fully prepared for and I don’t want the students that follow in my footsteps to be saying the same thing.”

A lack of teacher training regarding topics such as racism and social injustice was also shared among current district educators and administrators through the panorama survey, in which both returning and departing staff indicated that professional development needs revolve around educating all students, teaching efficacy, professional culture, curriculum coherence, and issue of race and inequity.

The board then closed citizen comments. Board member Jeanice Garfield then made the motion to consider the resolution. The vote was 3-2 against the resolution.

Palmer stated that the board’s next move is to bring in a third party to conduct an equity audit as well as to host community-wide conversations to help people come together and improve the district for all.