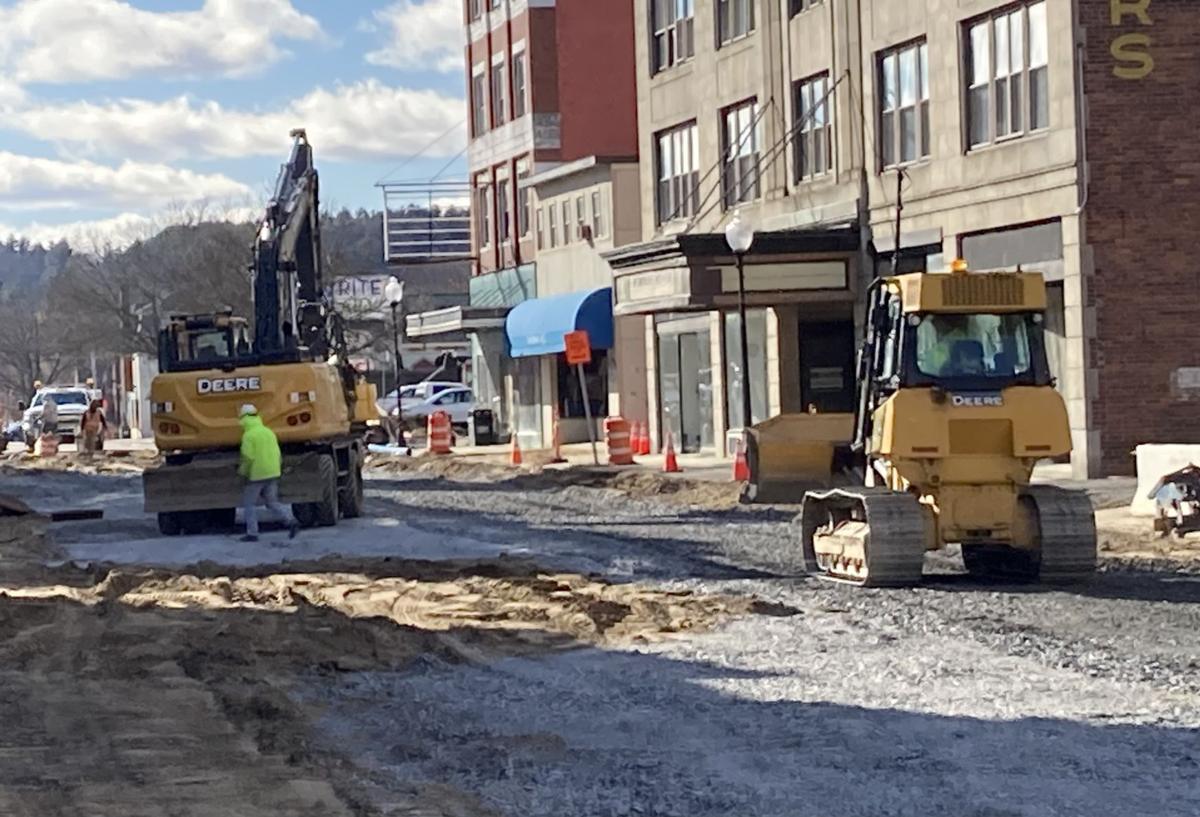 Construction workers prep Pleasant Street on Tuesday, Nov. 23, 2021, for a scheduled paving on Wednesday. The historic downtown roadway will reopen as a one-way street on Thanksgiving and will remain open for the winter season. 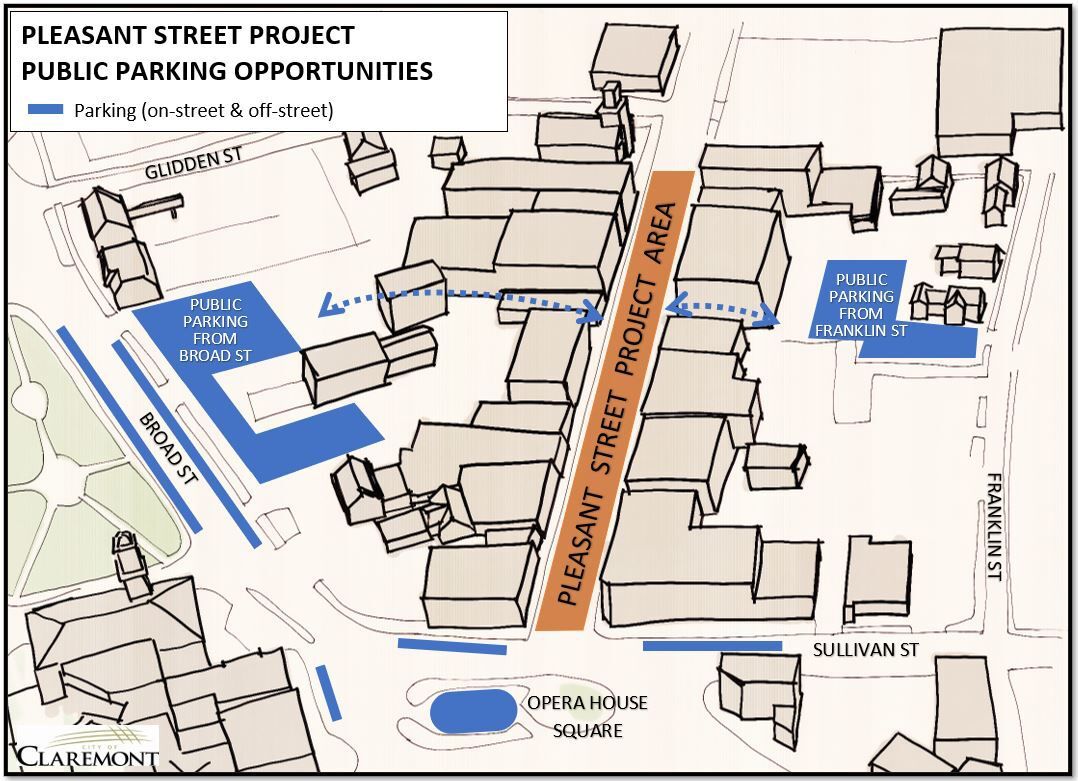 Construction workers prep Pleasant Street on Tuesday, Nov. 23, 2021, for a scheduled paving on Wednesday. The historic downtown roadway will reopen as a one-way street on Thanksgiving and will remain open for the winter season.

CLAREMONT — Though the road may lack polish and finishing touches, Pleasant Street will be open again for traffic on Thanksgiving.

Workers from B.U.R. Construction, a Newport subcontractor, continued their busy pace on Tuesday to ready Pleasant Street for a scheduled paving on Wednesday. During the morning a bulldozer worked down the historic downtown street grading a lane of subgrade. At the south end of the construction area B.U.R. Project Manager Josh Perkins was building a brick base around an access main to prep it for a cover.

To onlookers this week the work pace sometimes appeared like a race against time, akin to newlyweds hosting their first family Thanksgiving dinner.

But rest assured, Perkins said, the street will be paved and open in time for relatives and leisurely post-dinner strolls.

“We’re all very excited and pleasantly surprised we got it done,” Perkins said. “It wasn’t easy at all, but we got it done. [Our crew] did a good job.”

Just a month earlier the crew had finished replacing the downtown sewer lines and were halfway through the water infrastructure upgrades. The project was about 10 days behind schedule, due to unforeseen issues, including a recent labor shortage due to an outbreak of COVID among the construction crew.

There were other time-costing surprises beneath the street, according to project officials, such as crossing utility lines on Opera House Square and the discovery of buildings that had multiple sewer lines. According to Kevin McMahon, a project engineer from contractors McFarlane-Johnson, complications are expected when dealing with buried infrastructure that has not been touched in decades. The water and sewer system below Pleasant Street, prior to these upgrades, was at least 75 years old.

Perkins said removing the temporary water line, installed to continue water service to customers during the project, was “a big driving force to get the project done” before winter, as it was not deeply buried and would have been vulnerable to freezing temperatures.

Project administrators had originally hoped to lay down temporary parking lines before the Thanksgiving holiday, though Perkins said the stripers will not make the lines until next week.

Pleasant Street will reopen as a one-way street, as designed under the new downtown traffic plan.

Melissa Maranville, owner of Granite State Hobbies on Pleasant Street, said she is relieved to see the roadway reopening just as holiday shopping begins to increase.

As a popular area vendor of remote-control vehicles and parts, Maranville said her business has probably fared better than some during the construction, because her inventory is not widely available and caters to a strong and avid customer base.

There was a sizable drop in business during the first month of construction in August , which Maranville suspected was partly because many customers were confused by the new downtown navigation and did not know where to park. Maranville weathered the slowdown and adapted by offering customers a curbside pickup service. Eventually her customers began to figure out the downtown parking options.

“When people break their RC cars and want to play, they don’t care how far they have to walk to the store,” Maranville said.

Maranville said Pleasant Street businesses probably also experienced a loss of customers during the fall leaf-peeping season, which usually brings a flux of tourism through town. Additionally, the city decided to close the street entirely in October to help the construction crew get back on schedule

The city’s communication of the closure was Maranville’s only significant frustration during the project. Initially city officials had visited businesses and proposed only a two-week street closure. But then the street has since remained closed.

“Nobody ever came back around to say this was the new plan,” Maranville said. “And I get that it’s probably easier to keep it shut down, but you would think there would have been a little more communication.”

Pleasant Street businesses will have to weather another phase of construction in the spring, when the highly-anticipated aesthetic and recreational renovations begin.

Originally Pleasant Street businesses had expected the entire project — the infrastructure upgrades and street reconstruction — to be constructed during a single construction season. But when contracting with B.U.R., the city opted for a two-phase project, which would save the city in cost and be a more feasible construction approach.

Maranville said the second construction wave is a bit anxiety-inducing for herself and other business owners, particularly given late spring and early summer is a busy business season. But she is optimistic that customers and residents have adapted to the construction this season.

“I know it will look beautiful when it’s done and will hopefully bring a lot more traffic to the downtown,” Maranville said.