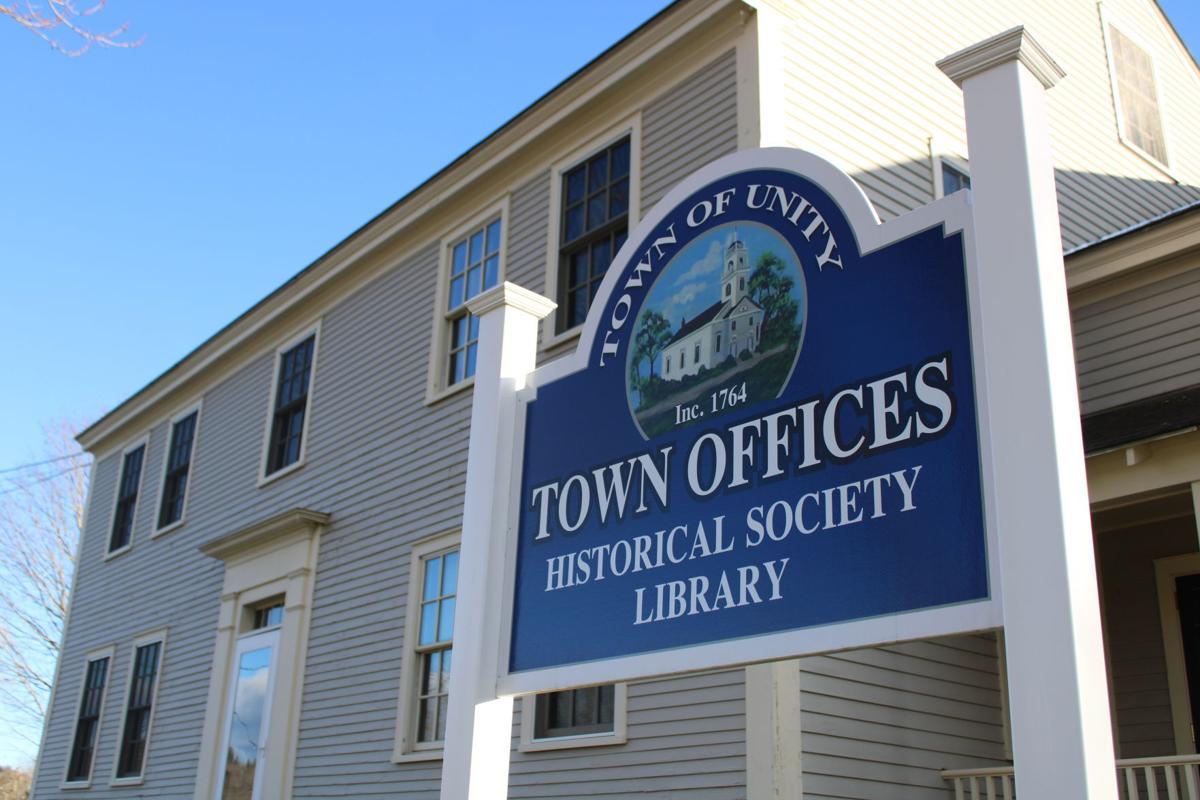 A sign outside of the Unity town offices, historical society, and library is seen off of Center Road on Friday, Nov. 19, 2021. Town residents have been withheld access to the Unity Free Library since July due to an “audit,” according to the town website. 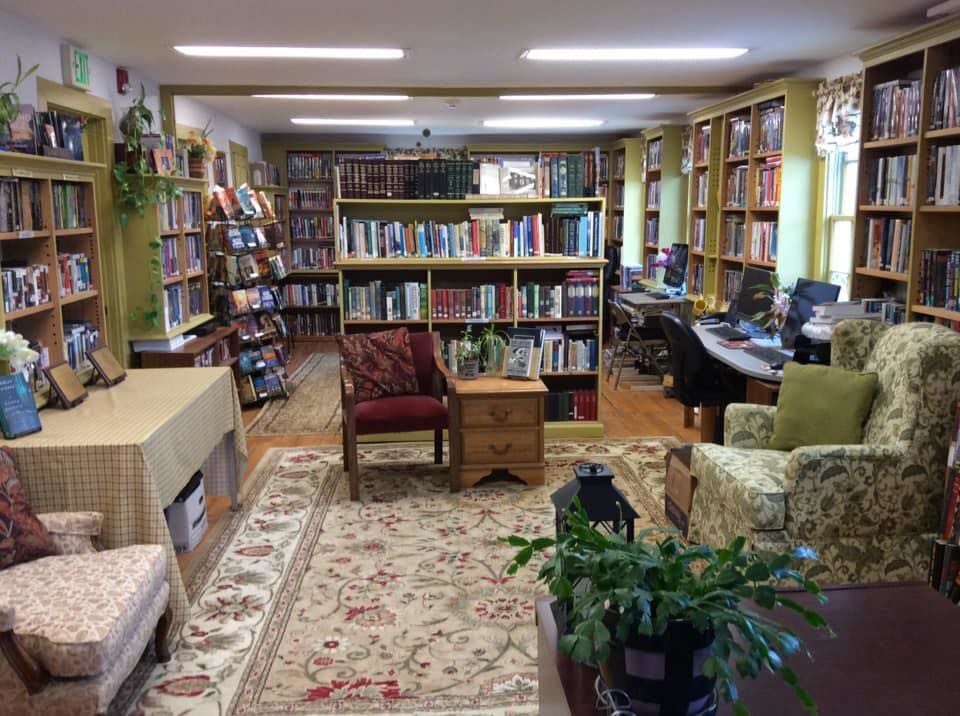 This November 2020 photo shows the inside of the Unity Free Library.

A sign outside of the Unity town offices, historical society, and library is seen off of Center Road on Friday, Nov. 19, 2021. Town residents have been withheld access to the Unity Free Library since July due to an “audit,” according to the town website.

This November 2020 photo shows the inside of the Unity Free Library.

UNITY — Unity residents and library supporters say they are concerned about the future of the Unity Free Library, which the town closed four months ago to investigate its financial operations but has not confirmed a reopening date or plan.

Marjorie Erickson, a Unity resident and former library trustee, said the lack of transparency surrounding the officials’ plans for the library is “disheartening.”

“A library is very important to our small community,” Erickson said. “Keeping ours closed indefinitely with no information being provided as to when and how we can expect it to reopen does a tremendous disservice to our community and calls into question the motives of those involved.”

On Thursday, July 15, the Unity Selectboard, along with a majority of the Unity Free Library Board of Trustees, took control of town library operations after months of questions about the library’s stewardship under the former trustees board Chair and Treasurer Gordon Brann.

In addition to replacing Brann as chair the previous month, the two boards froze the library’s funds and accounts, transferred the treasury authority to the town, and reopened new bank accounts that required town approval of all library transactions.

“The selectmen . . . are asking for accountability that is being refused by Gordon Brann, who refuses to turn over any library paperwork to the other trustees,” according to public minutes from a joint meeting of the selectboard and library trustees on Thursday, July 15. “The selectmen need to account to the town and are not getting the information to do so.”

Additionally, in arguably the most controversial decision, the two boards voted to close the library until completion of the 2019-2020 fiscal year audit and a Right-to-Know request filed on Monday, June 21, which sought the same financial records as the selectboard.

Kapchensky said she was first notified verbally of her termination by a selectman immediately following the Thursday, July 15, meeting. Later she received a termination letter from the selectboard, whose reason for termination was because she had not submitted any time sheets since Thursday, Oct. 15, 2020.

However, Kapchensky said she was a per diem employee, who only filled in at the library when Edwards was unavailable and her final day doing so was Thursday, Oct. 15, 2020.

Brann, in defense of Kapchensky, has contended that the selectboard had no authority to terminate Kapchensky, as she was hired by the Unity Free Library Board of Trustees and they never voted to release her.

Several residents said they still do not understand the reasoning behind the library’s closure, since entities under audit typically operate unaffected while an audit is conducted.

Sara Lowe-Bouchard, a Unity resident and speech language pathologist in the Fall Mountain Regional School District, said the library and programs have been sorely missed, especially during the summer when children did not have access to the reading and coding programs.

“I am hoping that the funding that was not spent on the library operations this year can be used for some really amazing things when it is able to reopen,” Lowe-Bouchard said. “I know our whole town is looking forward to the audit being completed so that the library can reopen soon.”

Many residents shared with the Eagle Times that they’ve had to pay membership fees to access libraries in neighboring towns during the past four months.

The library closure has continued far longer than officials indicated on Thursday, July 15. The selectboard has since contracted Jeffrey Graham of Graham & Veroff, P.C., an accounting firm in Springfield, Vermont, to conduct a forensic audit of the library during fiscal years 2018-2021, the span of Brann’s tenure as chair and treasurer.

In August and September, the Unity Selectboard and Unity Free Library Board of Trustees took legal action against Brann, alleging that he was withholding financial records needed for the governing bodies to complete the forensic audit and fill the Right-to-Know request.

On Wednesday, Aug. 18, the selectboard sent a letter to the New Hampshire Attorney General’s Office seeking “search warrant on the premises of Gordon Brann,” alleging that he possesses records needed to fill the 91-A request from Monday, June 21, submitted by Newport resident and school board member Linda Wadensten.

Three weeks later, the Unity Free Library Board of Trustees filed a similar complaint against Brann in Sullivan County Superior Court, alleging that Brann was still withholding records requested by the auditor.

In interviews with the Eagle Times, Brann’s attorney, Melanie Bell, along with several of Brann’s supporters, equated the court actions to a diversion, aimed to place blame on the former board chair and treasurer for the library remaining closed, when these governing bodies already have the means to access the library’s records.

“[The public should be asking], ‘Why is the library closed?’” said attorney Melanie Bell, representing Brann in his defense. “This complaint seems like a scheme to close the library, because I cannot think of another reason.”

In a response to the trustees’ complaint on Wednesday, Oct. 13, Brann claimed he had already given Graham the records from previous annual audits and that the town and Unity Free Library Board of Trustees gained access to the bank records when they took over the accounts.

The Eagle Times contacted Unity town attorney Michael Courtney of Upton & Hatfield, LLP, to ask what documents specifically are still unavailable to complete the audit or Right-to-Know request. Though helpful in sharing records pertaining to the case, Courtney said he declined to be quoted while litigation is pending.

The attorneys now appear to be negotiating a resolution to the Unity Library’s case, following a hearing on Friday, Nov. 12 in Sullivan County Superior Court. Though Judge Brian Tucker has not rendered a final verdict, Tucker indicated that it is problematic to order an individual to release records without evidence that the individual has any.

Additionally, the selectboard’s complaint against Brann appears to lack legal merit because Right-to-Know requests do not apply to individuals but to entities such as governing bodies or municipal agencies or departments.

Notably, Tucker issued that same ruling in a similar case, Bert Spaulding v. Rhonda Callum-King, in March 2021 when Newport resident and school board member Bert Spaulding petitioned for a warrant to search Callum-King’s computer for emails pertaining to Spaulding. Tucker dismissed the case, stating that New Hampshire’s Right to Know law, under RSA 91-A, does not compel individuals to produce records on request.

On Friday, Nov. 19, Courtney submitted a new proposal in Sullivan County Superior Court, asking the court to order entities that provide goods or services to the Unity Free Library to supply the library access to all transactional records. While not explicitly stated, this proposal essentially shifts the burden to provide records upon the Unity Free Library Board of Trustees, as legally required, rather than on a single trustee.

Though this might indicate an end to the town’s pursuit of legal action against Brann, the status of the library remains unknown.

Draft minutes from a Unity Free Library Board of Trustees meeting on Friday, Sept. 3, state that “the board discussed the need to hire a librarian” and that “qualifications and posting of an ad will be discussed at a future meeting.” Though that was more than two months ago and no position has been decided or advertised yet, one resident told the Eagle Times.