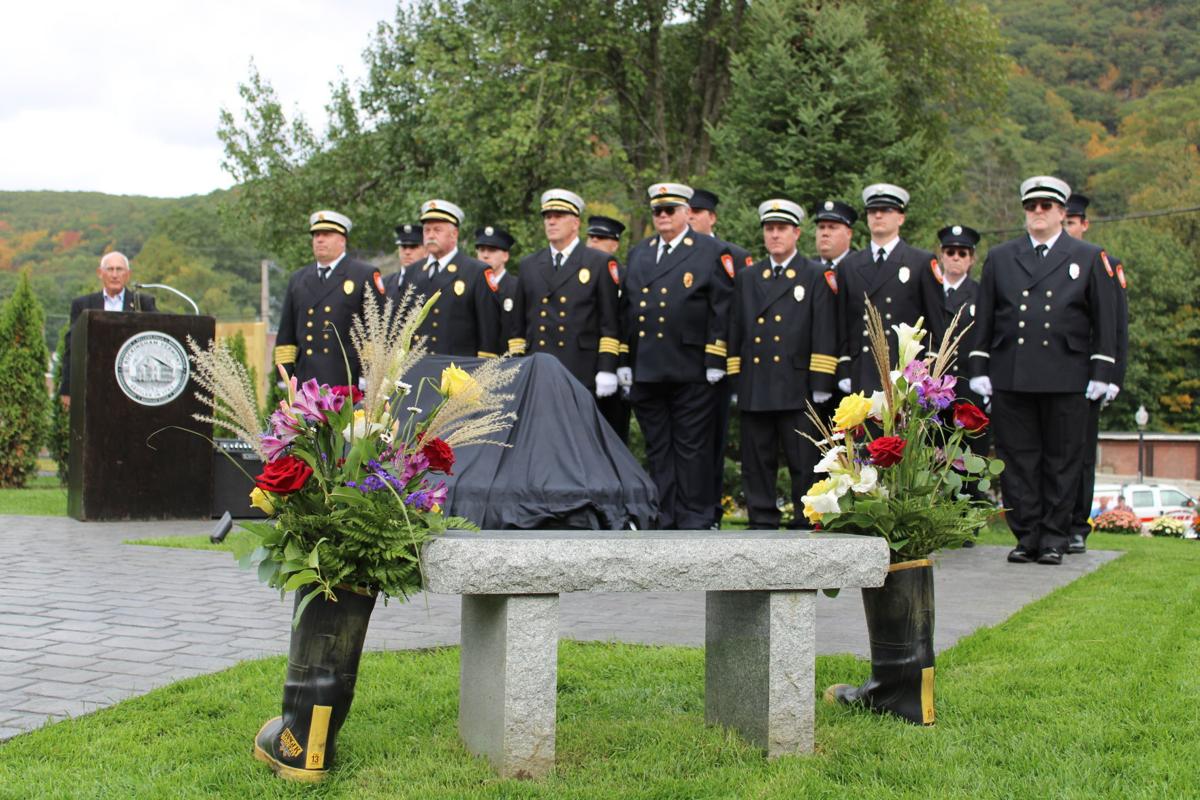 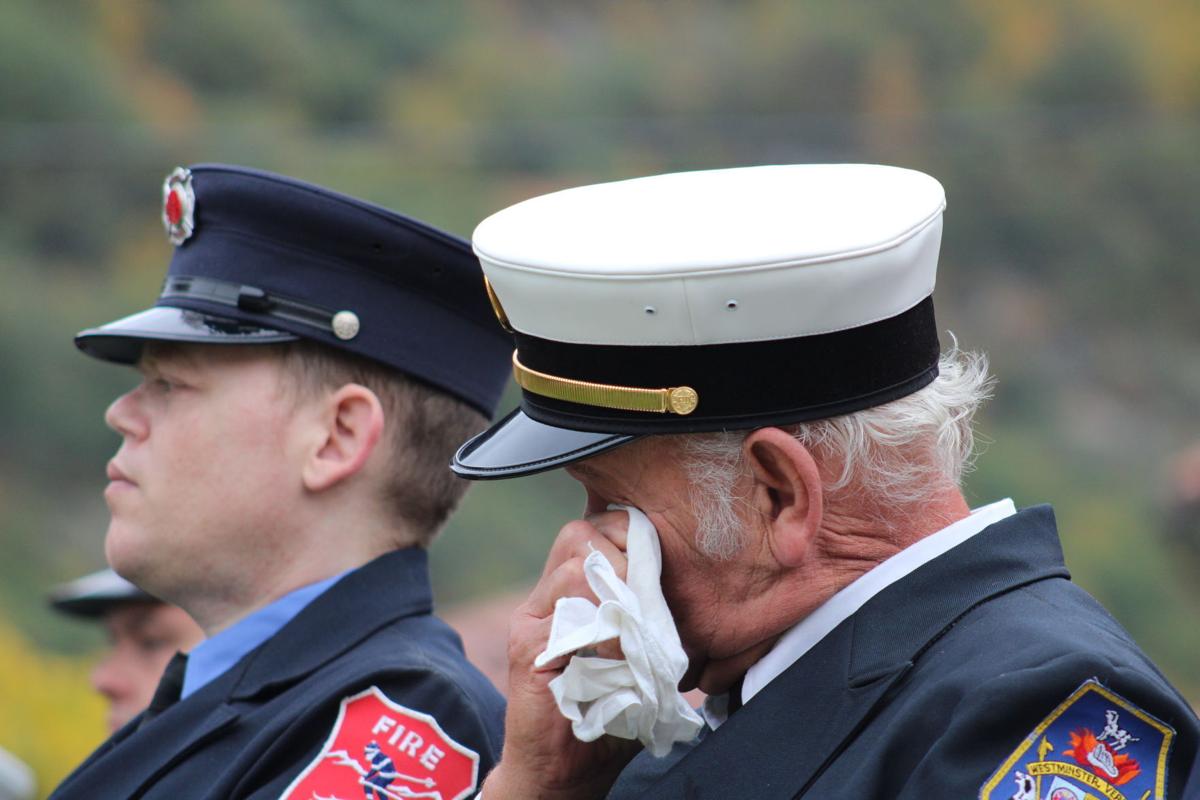 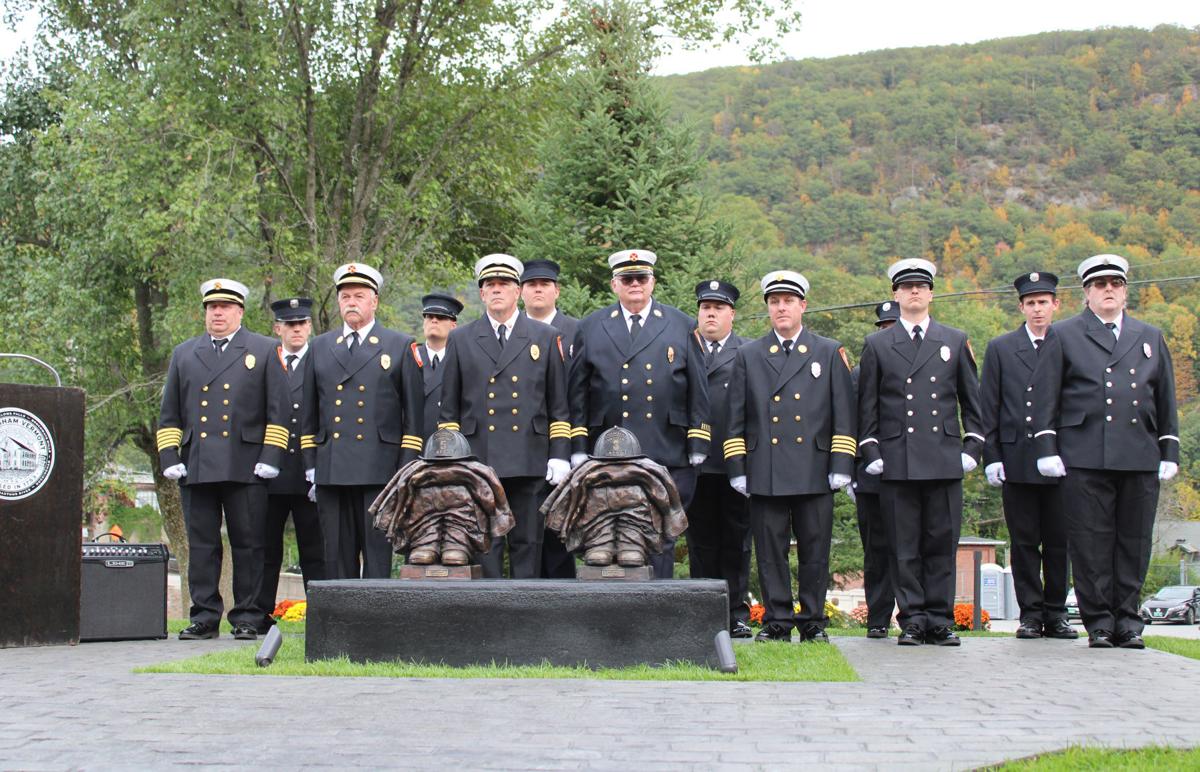 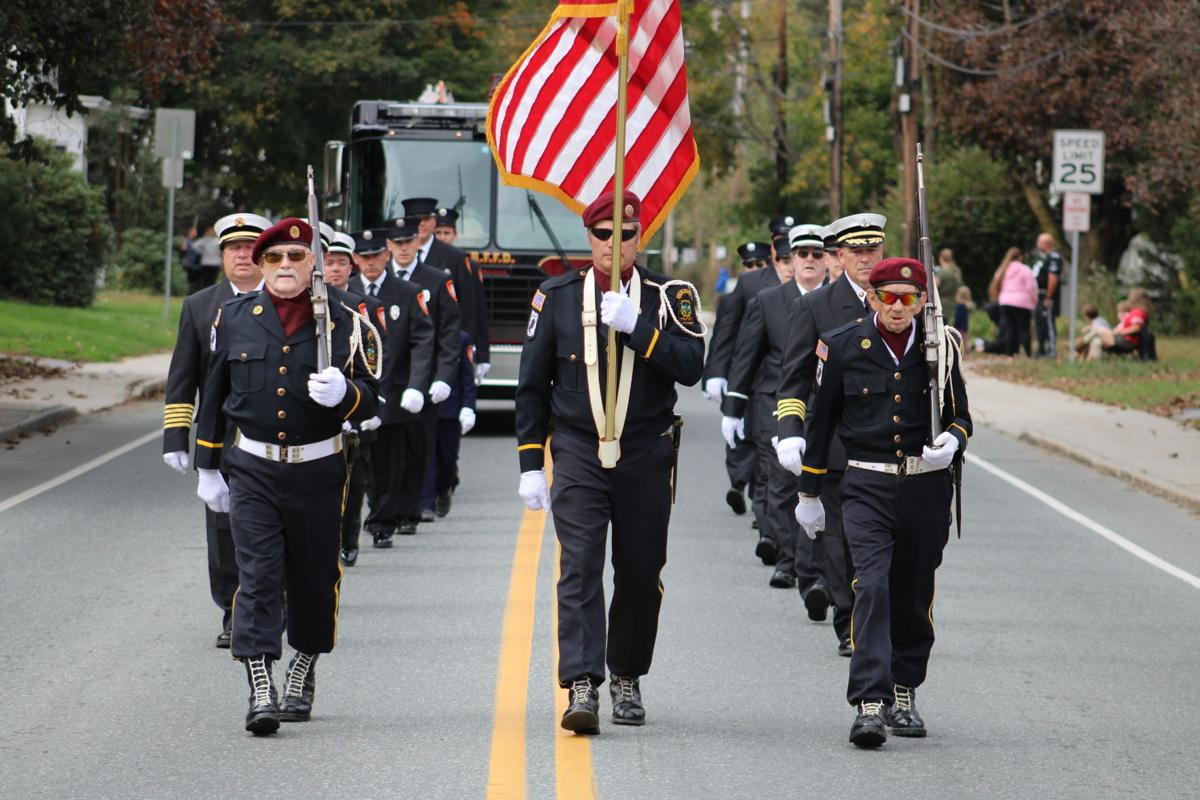 BELLOWS FALLS, Vt. — The Brown Fuller Memorial Park, a newly renovated park on the Square in Bellows Falls, was recently completed and dedicated to honor the lives of Terry Brown and Dana Fuller, who tragically lost their lives fighting a fire at the Star Hotel in December of 1981.

A modest park had already existed at the site of the hotel fire for many years, which included two memorial benches to honor the fallen heroes. However, the newly renovated and expanded park includes two impressive sculptures of firefighter gear and a fresh balsam fir tree, which will also be the village’s community Christmas tree moving forward.

Bellows Falls Fire Chief Shaun McGinnis played a major role in the completion of the park by receiving a state municipal planning grant from the Vermont Department of Housing and Community Development in 2019. Along with the nearly $7,000 grant they received, the community has raised an additional $15,000 to help complete the park project.

The Brown Fuller Memorial Park was locally designed by Jana Bryan and the landscape architectural firm, Julie Moir Messervy Design Studio of Bellows Falls, and the land is jointly owned by the town of Rockingham and Great River Hydro, which owns the local hydroelectric station.

“The building of the memorial park was a collaboration of the members of the Bellows Falls Firefighters Association and many local businesses and community members,” said Fire Chief McGinnis in a recent interview. “There were so many people who gave their time, money, and materials to the project along the way, and we cannot thank our community enough for all the donations and volunteer work that so many provided. The final phase of the memorial park, an engraved, black granite slab, will be ready to add to the park sometime in the spring.”