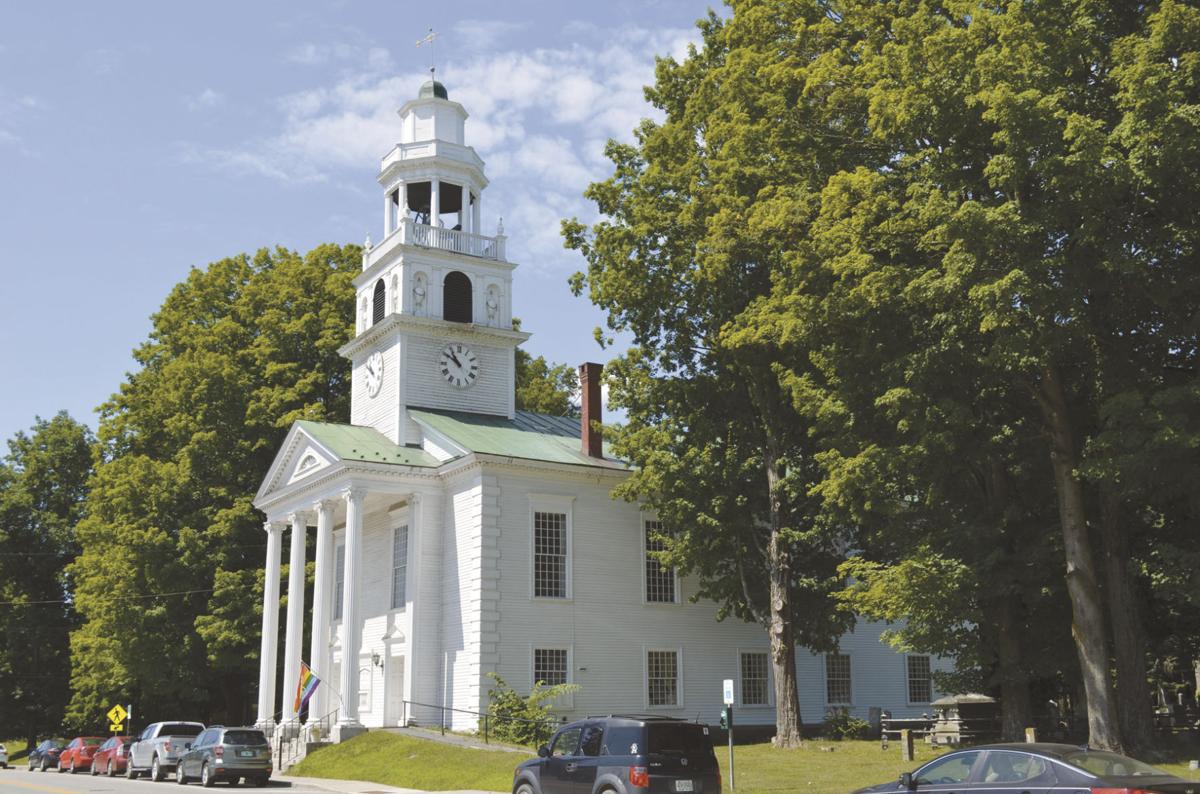 Designed and built by Asher Benjamin in 1798, when he was 24 years old. 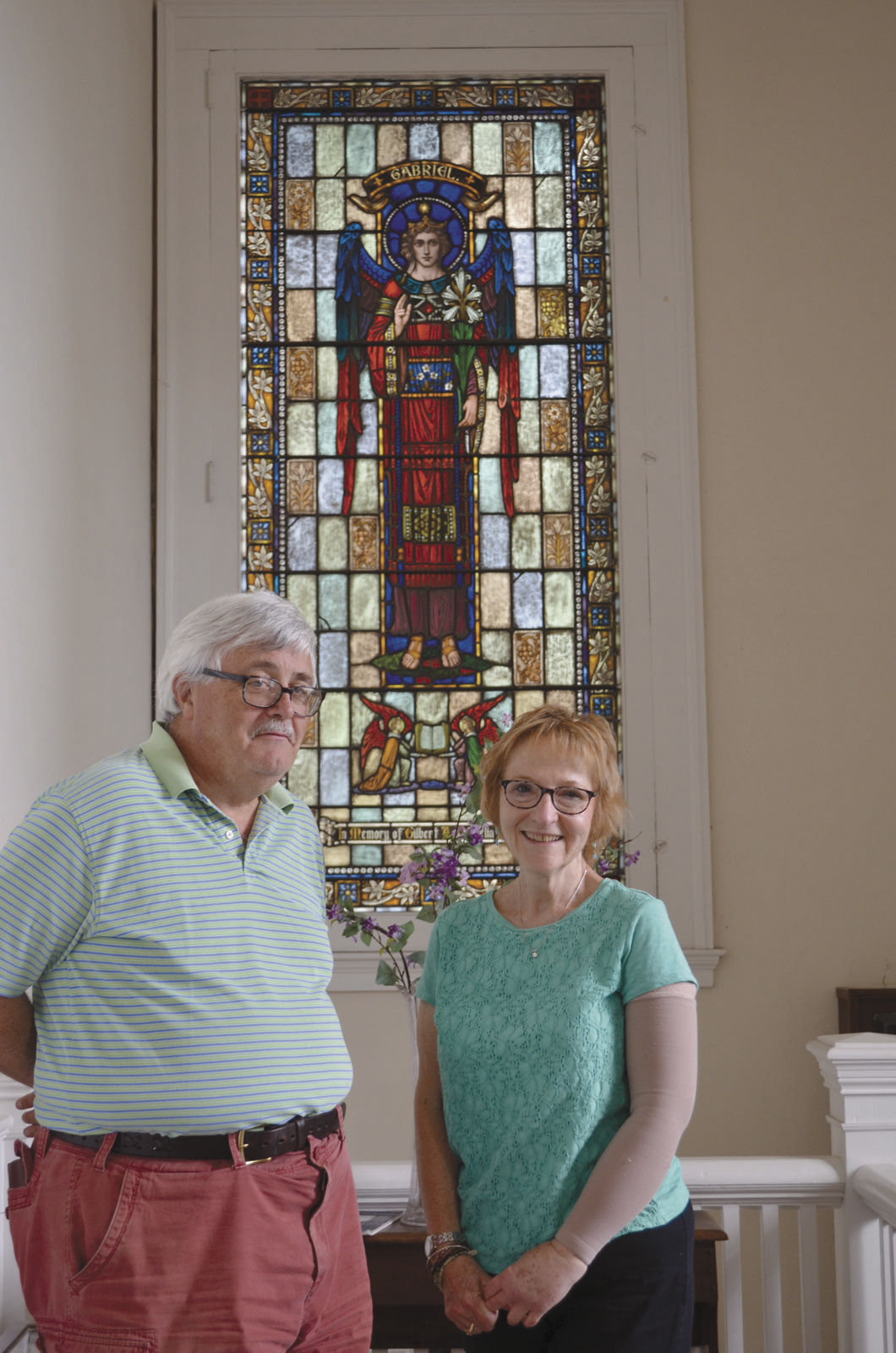 Designed and built by Asher Benjamin in 1798, when he was 24 years old.

WINDSOR, Vt. — The deacons of the Old South Church have been searching for a new pastor since last year, when their minister of 17 years, Mandy Lape-Freeberg, left to take a job as senior pastor at the Congregational Church at Dartmouth College. According to Tom McGraw, one of the six deacons on the committee, there is a process for this devised by the conference office for United Churches of Christ (UCC) in Randolph, Vt. McGraw and his fellow deacon Donna Palatucci sat down with the Eagle Times to talk about the Windsor congregation and its search.

“The board of deacons becomes the search committee,” said McGraw, “and we make up a profile that describes what we are looking for and what we’re about. And then through the miracle of the internet it goes on line from Randolph.” When an interim is hired, his or her first duty is “to help the congregation get over the loss of its pastor,” McGraw said. Then they set up a new search committee and oversee the process of finding a permanent pastor.

“We’ve been very fortunate in our ‘bridge pastors’,” McGraw said. These temporary ministers fill in until the arrival of an interim. Rev. Connie Moser initially handled the pastoral portion of responsibilities, which includes community relations, while Rev. Karen Lipinczyk has served as preacher. “The two of them have done a fabulous job,” McGraw said. “Our pastor had done it all, and her leaving made us realize all she did.” Moser has since stepped down and Lipinczyk now handles all the duties of the Old South Church pastor.

The search, however, is taking some time. “We’re working with the soon-to-retire person at Randolph who invented this process,” McGraw said, “and I feel kind of bad for her, because there is a real lack of applicants. Dartmouth was looking for four years before Mandy was hired.”

In the long absence of a permanent pastor, the congregation has — with the help of their bridge pastors — continued the work of their church. “There are committees within the church,” said Palatucci. “Mandy worked hard to get them established. For example, we participate in the weekly community supper; Old South does it once a month. Members of the congregation do it. Mary McNaughton is in charge of it and coordinates it to make sure everyone makes different dishes.”

Palatucci also described a lunch program — funded by grant through Mount Ascutney Hospital — that Old South Church members work in at the school, the recreation center, and the resource center. “We have a problem with food insecurity in our town,” said Palatucci. The Windsor Congregational church also collects edibles and makes a regular contribution to the food pantry at the Trinity Evangelical church further down Main Street.

On June 30 Old South Church was also the site of a candlelight vigil for families who were separated from their children at the Mexican border. It was one of many vigils held all across the country that day.

A focus within the church congregation is its impending 250th anniversary. Each Sunday this year someone has read a 10-minute history vignette that details a portion of the congregation’s long story. It will culminate with a series of events in September that are being organized by the “250 committee.” The actual anniversary date is Sept. 23 and that celebration will be a re-dedication of the church. Four former pastors have been invited to attend.

The Old South Church congregation includes 140 to 150 members and approximately 50 people fill the pews each Sunday. Palatucci noted that two children had been confirmed in May, which meant they had completed the required steps to become full members of the church. “We don’t have a lot of kids right now,” said McGraw. “That’s part of what we would like our interim to work on,” said Palatucci.

The Windsor congregation begins their Sunday morning with “children’s sermon” and then the children may file off to Sunday school on the floor beneath the sanctuary. They may also stay for the rest of the service. “It’s up to the parent,” Palatucci said. “It’s whatever makes you feel better. We just let you know that we will provide a safe place for your children to be [while you worship].”

The church — built in 1798 by Asher Benjamin — is on the National Register of Historic Places as part of the Windsor Village Historic District. It is expensive to maintain and the congregation is in the process of forming a secular nonprofit organization to raise an endowment for the building. It is something that McGraw’s childhood congregation did for the Episcopal church he attended on Manhattan’s East Side.

What is this search committee looking for in an interim pastor?

“Spiritual leadership first,” said McGraw. “The church gets caught up in making it work financially. We have an endowment, but it’s still a year-to-year stretch. The pastor can make it more of a Christ-centered journey.

“They should bring in new families,” Palatucci said, “and continue our work in the community.”

“Having no pastor this last year,” said McGraw, “it was impressive to see how people pulled it together. It’s good to see where we’re at.” Someone recently noticed that the phrase “All members ministers,” which had always been on the cover of each Sunday’s program, had somehow been omitted. “We got that back on there,” said McGraw. “It’s important.”