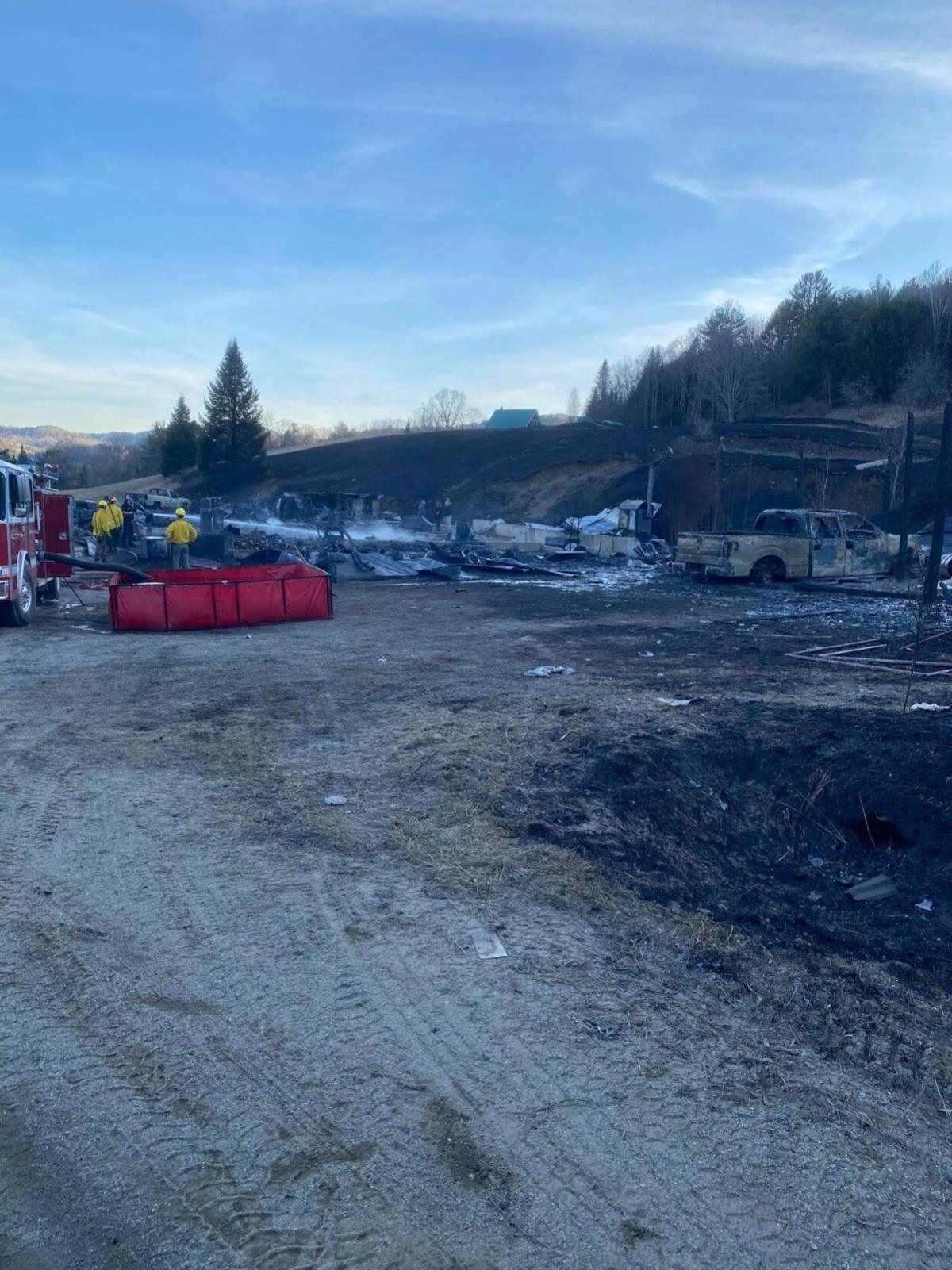 This photo provided by the Bradford Fire Department shows what is left of a renovated barn-turned-family house on Erwin Road in Bradford, Vt., after a brush fire fueled by high winds consumed 20 acres of land on Tuesday, March 30, 2021. 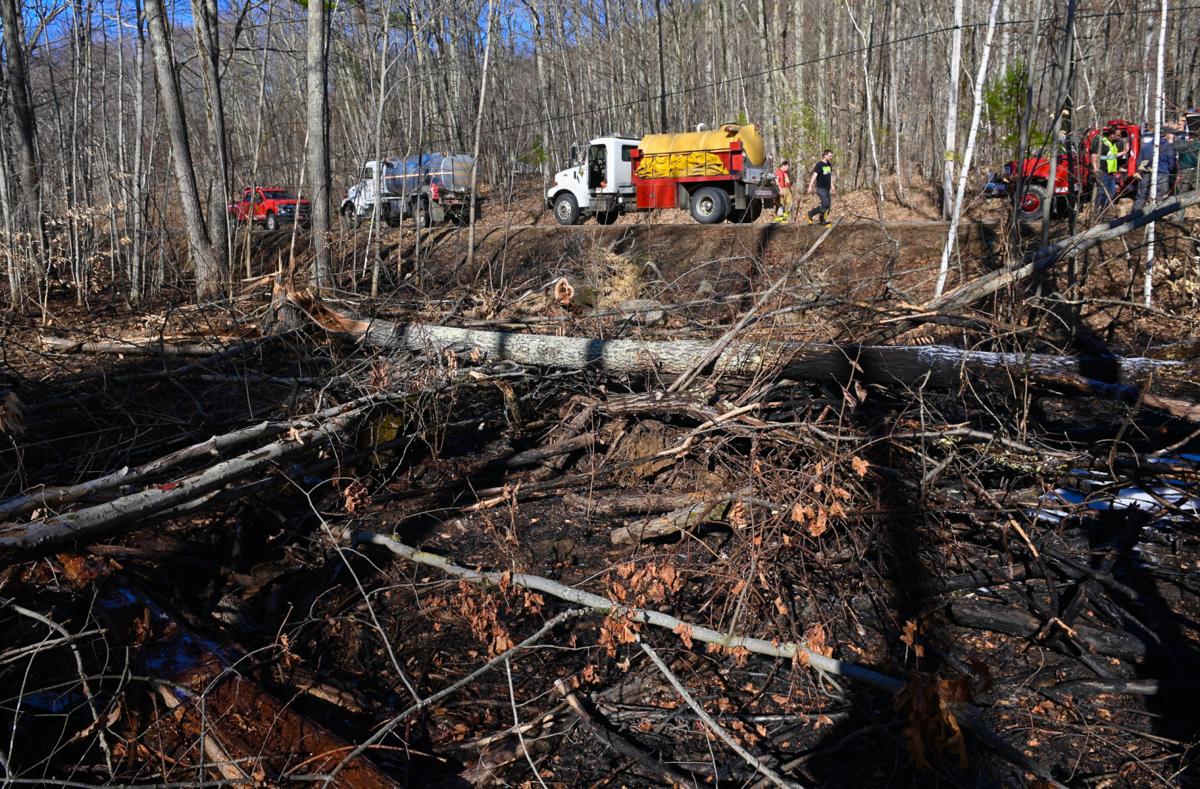 This photo provided by the Bradford Fire Department shows what is left of a renovated barn-turned-family house on Erwin Road in Bradford, Vt., after a brush fire fueled by high winds consumed 20 acres of land on Tuesday, March 30, 2021.

MONTPELIER, Vt. — While there’s no statewide “burn ban” in effect, many town fire wardens aren’t issuing burn permits due to the dry weather.

“We’ve had such a dry year this year, and April has been warm, and part of March was dry, much less snowfall than we’d normally have, much less rainfall, and we had 60 and 70 degree days which dried everything right out, so we’ve stopped issuing permits,” Larry Brown, deputy chief of the East Montpelier Fire Department said on Monday.

His department has only responded to a few brush fires directly, but has provided mutual aid to several surrounding towns.

“Northfield had a large one, which we went over to,” he said, noting that it began as a structure fire which spread to the surrounding grass. The department sent water lines to the structure fire while lending its utility vehicle and brush fire equipment.

“We had an illegal burn the other day, which people were burning just a small pile in a burn pit and that’s not allowed either,” he said. “We stopped that right away because the wind is blowing pretty heavy in these areas and could spark quite a large forest or grasslands type fire.”

The majority of people are complying with the burn rules, he said.

“Everyone that’s called in understands we’re in a dry season and once the rains come we can open this up a little bit,” he said.

Lars Lund, state forest fire supervisor, said that while there’s no statewide burn ban in effect, it’s up to each town’s forest fire warden whether or not to issue a burn permit, which is required whenever there’s no snow on the ground around where the burn is happening.

“When you go around on the Facebook pages you see wardens and fire chiefs posting there’s a burn ban; it’s a loaded term and I think when people hear it they figure it would extend statewide,” Lund said, adding that the last statewide burn ban was in 2015.

“In the absence of snow at your burn site, you need a permit,” he said. “If it’s gray and gloomy, even if it’s drizzling or raining, that doesn’t eliminate the need to get a permit. You still need a permit.”

Getting a burn permit can also avoid the fire department getting called to a non-emergency, Lund said.

According to Lund, between March 7 and April 10 there have been 31 fires reported by town forest fire wardens. Of those, 17 were reported in March. The largest was a 45-acre fire on March 21 in Cornwall.

Historically, most grass fires in Vermont happen in April and May, though they happen in the fall as well.

Lund said between March 9 and April 12 of last year, 19 fires had been reported to town fire wardens. The largest had been in Monkton, on April 8, burning 40 acres. This was up from the year before, which saw a particularly wet spring.

Dave Samuhel, senior meteorologist for Accuweather.com, stated in an email Monday that it hasn’t just been a dry spring for this area, but the entire year has seen less rainfall than normal. Since April 1, 2020, through Sunday there’s been 18.47 inches of rain in the Rutland region, far below the average of 41.51 inches. Rainfall between March 1 and April 11 was only 1.64 inches, well below the normal 3.82 inches.

“The prolonged dryness has definitely raised the wildfire threat,” he stated. “The trees and brush are much drier than normal. So, if a wildfire develops, it can spread rapidly in certain conditions. Any day with strong winds and low humidity, there will be a high risk of quickly spreading brush fires. Once leaves come out on trees, the fire threat will diminish significantly.”

Accuweather is, however, forecasting wetter weather in late April through May.

“So, if we can get through the next couple of weeks without major incidents, we should be in the clear for significant fire danger,” he stated.