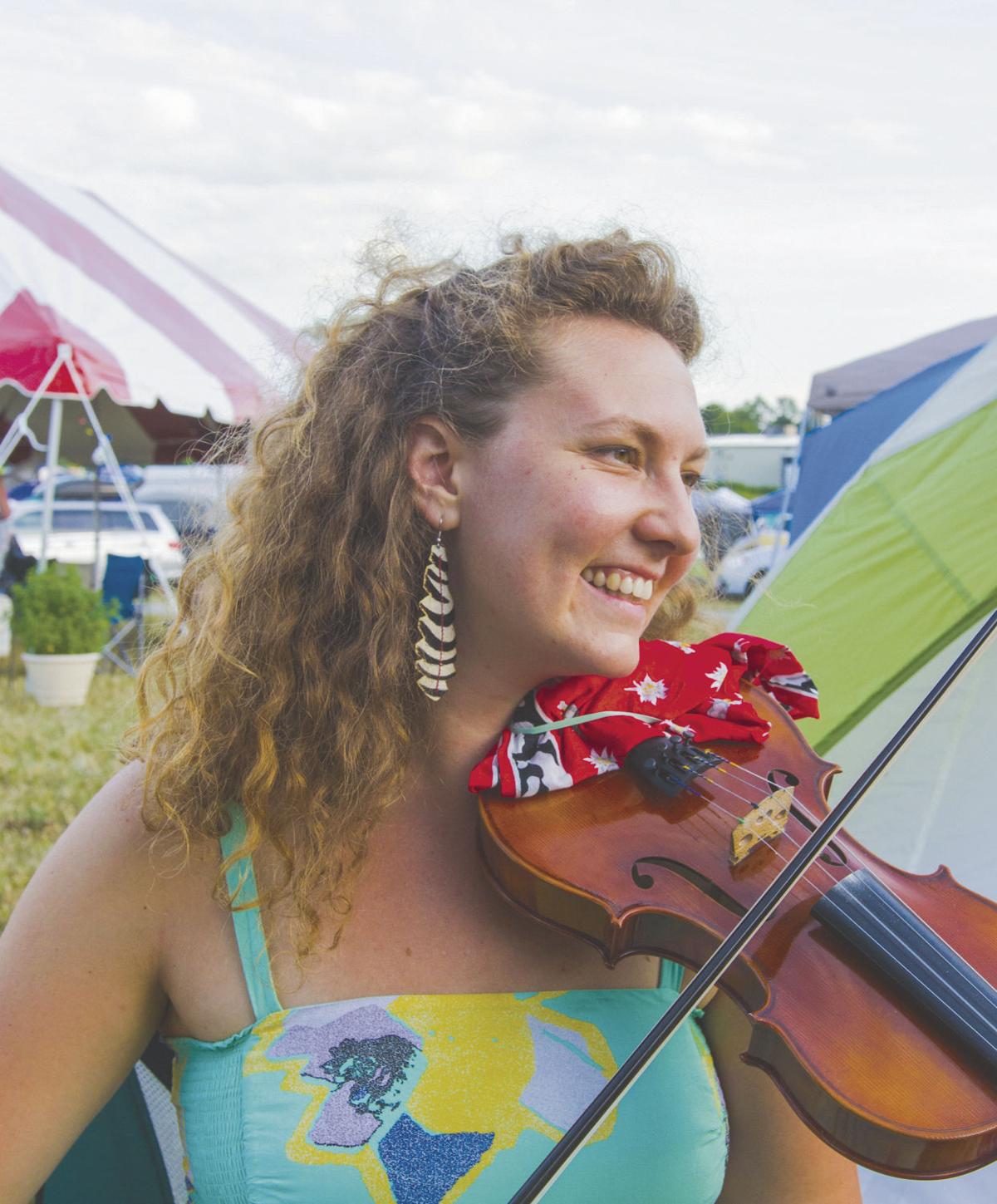 Fiddler Ida Specker opened the Chester Music Center in March. The center is a performance space and a site for music lessons. 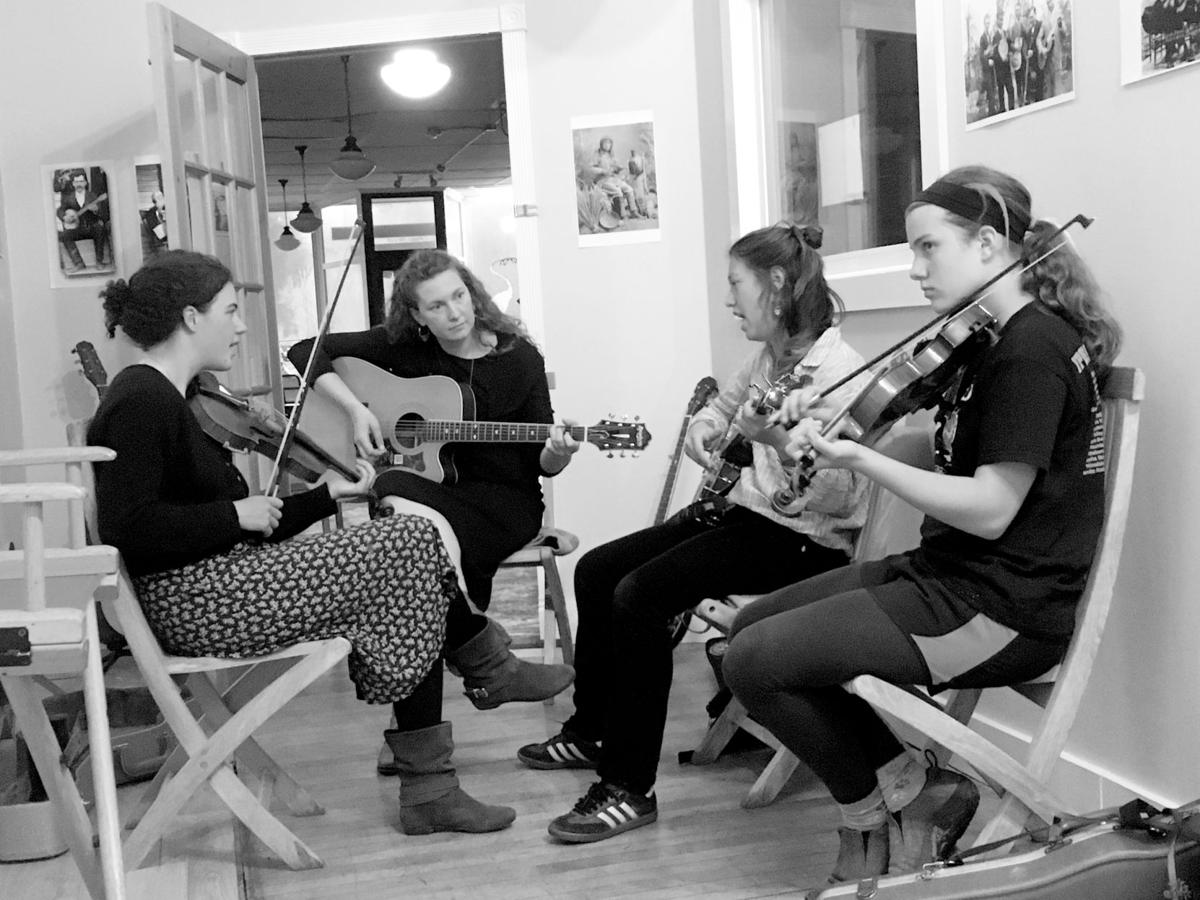 Fiddler Ida Specker opened the Chester Music Center in March. The center is a performance space and a site for music lessons.

CHESTER, Vt. — In May 2017, Ida Specker decided to start teaching fiddle again. At first she taught them at home, sitting down with them and bringing them through the basics of traditional fiddle playing. Then she took some time off to go out and develop her own fiddling. She resumed teaching and was renting a space one day a week in the rear of the old Moon Dog Cafe when she decided to change her business model. Her inspiration, she said, was Emily Burkland's Community Art Garden, a Chester nonprofit that is at once an open studio, an art school and a gallery, and now also the neighbor of Specker's Chester Music Center, which opened in March of this year.

“I've always collected students wherever I am,” said Specker, who grew up in Andover, Vermont and attended Brown University in Providence, Rhode Island. “I started in college in 2009 in my off-campus housing, but there is a limit to what you can do in a private space.”

Specker is a fiddler and teaches other people to fiddle. She took violin lessons for a few years, starting at age 3, but by the time she was 13 years old, she had quit playing entirely. “I never got serious with classical music,” she said. “I didn't practice and I wasn't a great reader, but I got an OK foundation.” She rediscovered the instrument as a fiddler in her mid teens.

After her mid 20s, she started playing regularly with her father. The elder Specker is well known in old-time fiddling circles and is especially renowned in the old-time scene of Ithaca, New York, where he helped establish the notorious “Ithaca sound,” which mixed rhythm and blues, soul, and even reggae influences into the traditional Appalachian style.

“My entire life was permeated with fiddle music,” Specker said. There was even an influence from her mother's side. Her grandmother Miriam Leader was a klezmer fiddler who played with several bands in the Northampton, Massachusetts area, including the Young@Heart Chorus , which includes only members over 70. Specker is working at learning some klezmer songs, which are distinguished by their outré scales and odd time signatures, a world away from old time's steady 4/4.

Her own teaching focuses on Appalachian music, which is music primarily for square and contra dancing, but also includes ballads. “My youngest student right now is 6 years old and the oldest is 80,” she said. “Some of them have had a year of violin lessons, and some have never held the instrument before.” More than one of her students shared her own experience; they quit violin because they had had a bad experience.

“I've developed my own approach and pedagogy over time,” Specker said. “From start to finish this is fiddle, not violin.” Because of her own early training, she is able to teach kids how to read music if they want to learn. “We can actively work at that, but most of what we do is by ear. Acquiring violin technique is integrated into the actual playing.”

Specker said she has distinct memories of her own lessons, which consisted of her standing in front of music on stand and playing, while her teacher sat nearby without playing and verbally corrected her student's playing. In contrast, Specker sits down with her students and plays with them for the whole lesson. “When I teach for four hours straight,” she said, “I play for four hours.”

Her father is well known for singing while he plays, and while this is unusual in fiddle circles, it is quite normal to Specker, so she teaches her students to do it. “I have kids who have spontaneously composed songs,” she laughed. “A lot of my students are really into singing.”

She has two main goals, she said. “I want to create positive associations with the violin itself, and I want to build confidence in the students' musical ability, to build an identity as a musician into people.” None of this is intentional, Specker said. It simply developed over a decade of giving lessons.

While she is the proprietor of the Chester Music Center, Specker is primarily a performer. In addition to the fiddle, she has taught herself to play the guitar and drums. In addition to playing out with her sister Lila and her father as The Speckers and with her sister and brother-in-law in the Terrible Mountain String Band, she is also a member of a couple of rock bands, Faux in Love and the Break Maids.

Rock venues for bands playing original music are thin on the ground in the Connecticut Valley, but Specker cited Windsor Station as one regular gig and places in White River Junction, but her bands also travel down to Greenfield, Massachusetts and up to Montpelier to play out.

Traditional music is different. “With old time, you can just show up and play wherever,” she said. Specker holds monthly public old-time sessions at her studio at 295 Main Street in Chester. The sessions are on the first Monday of the month between 6 and 8 p.m. These events are old-fashioned “happenings” in the sense that artist Jamie Townshend may be on hand to paint the players and Burkland may lead tours of the Community Art Garden. The Facebook page for “The Chester Music Center” provides details from week to week.

Specker will be playing with her father and sister at the Grafton Tavern in Grafton, Vt. on Friday, Aug. 10 at 6 p.m., and she will appear solo at the Cornish Fair on Friday, Aug. 17 at 2 p.m.