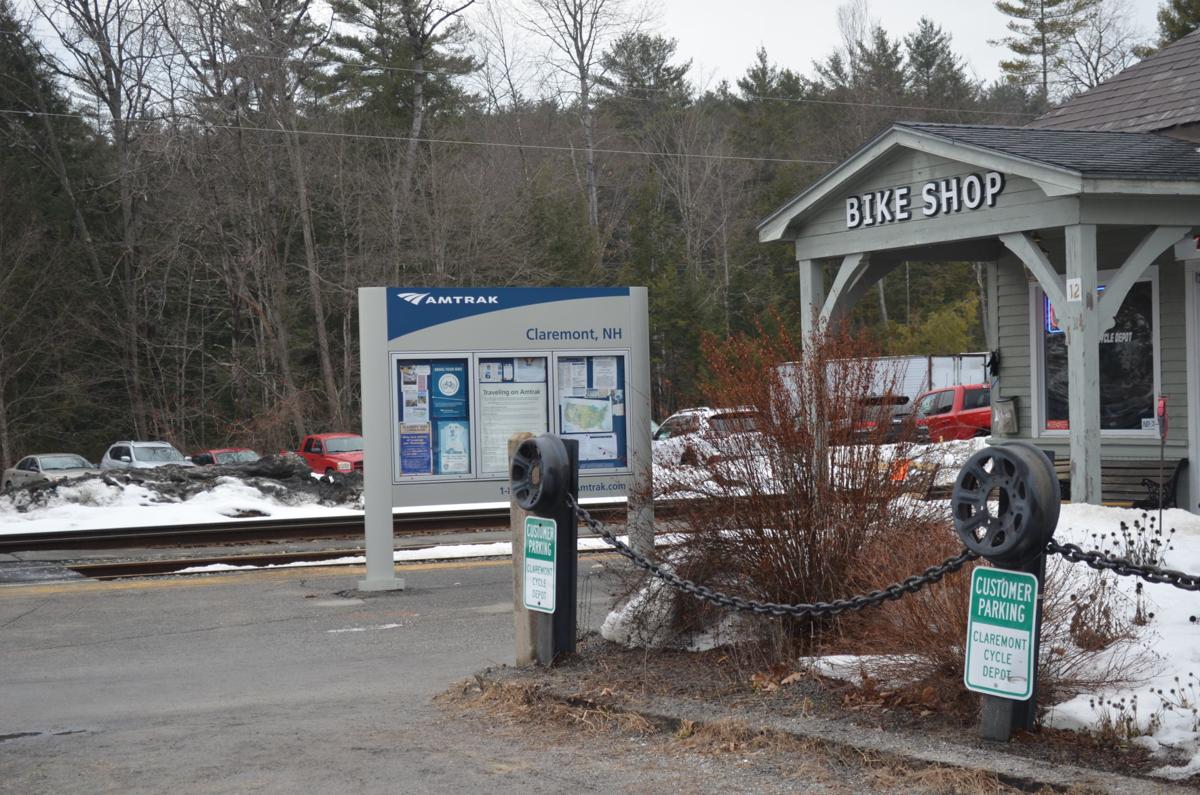 The Amtrak station in Claremont saw little activity on Wednesday, Feb. 26. In new legislation co-sponsored by two New Hampshire representatives, a rise in funding opportunities to complete a number of projects could result in a sharp rise in ridership numbers. 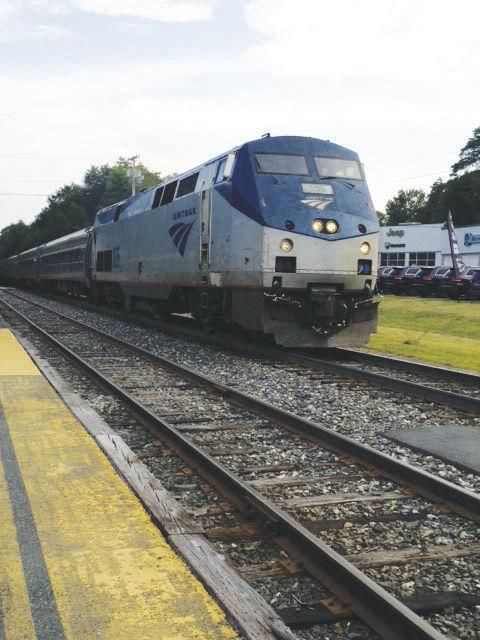 In this Sept. 8, 2018 photo, an Amtrak train on the Vermonter line arrives in Claremont.

The Amtrak station in Claremont saw little activity on Wednesday, Feb. 26. In new legislation co-sponsored by two New Hampshire representatives, a rise in funding opportunities to complete a number of projects could result in a sharp rise in ridership numbers.

In this Sept. 8, 2018 photo, an Amtrak train on the Vermonter line arrives in Claremont.

The program’s allowable uses “include station improvement, so Claremont could use this to improve their station,” confirmed Jen Fox, communications director for Kuster.

Walt Stapleton, a member of the Station Host Association of Claremont, said that the station has seen a rise in group-riders, such as businesses or small organizations, and short-distance trips into Vermont.

When factoring the growing demand for alternatives to driving by young adults and the region’s aging population, Stapleton said that “everything is in place for growth.”

Additional federal financing could allow Claremont to improve its boarding platform, which Stapleton said is currently too narrow and poses a safety concern.

The Vermonter uses the further of two tracks at Claremont station as it has a higher speed limit of 79 mph. The track nearest the station platform, which is more commonly used by commercial trains, has a speed limit of 40 mph.

The Vermonter could feasibly switch tracks just north of the Claremont station, but would have to travel at a slower speed for the next three or four miles before switching back, which would delay the train’s schedule by approximately 10 minutes, according to Stapleton.

The Claremont station has a narrow boarding platform, a paved surface between the rail spaces that spans a 10-foot width, that station association members would like to widen another 50 to 75 feet, according to Stapleton.

Since the waiting platform is much longer than the boarding surface, many passengers cross the tracks to the train.

“And that can be dangerous, because people are prone to stepping directly onto the rail, which are often slippery from the rain or ice,” he explained.

Claremont currently addresses the issue through use of “station hosts,” a system of local volunteers who wait at the station before the Vermonter’s daytime and evening arrivals. In addition to greeting passengers and assisting city visitors with information, the hosts help riders safely board and unboard the train.

Stapleton does not know if Amtrak would fund such a project, or if it is even Amtrak’s jurisdiction, as the service shares the line with the rail company Genesee & Wyoming Inc.

Currently, Amtrak is funding the upgrades to Claremont’s platform to make the station Americans with Disabilities Act (ADA) compliant. The project includes a complete resurfacing of the station’s waiting platform, which required the removal of the platform light posts and signage. The project, though, is on halt until the winter passes and does not expect to resume until mid-April.

Fred Bailey, a former operations and safety officer for Green Mountain Railroad, said that the biggest funding need is arguably to address the risks posed by falling trees or rock slides on New Hampshire’s side of the Vermonter line.

Yet this could pose a new complication in funding state railroad projects as New Hampshire declined federal money offered to fund that project, according to Bailey.

Bailey said that the Vermont Agency of Transportation received $2.2 million in federal funding for the purpose to remove trees in close proximity to the tracks and place fences where rockslides are prone. However, New Hampshire did not apply for those funds.

Given the long opposition by many legislators in Concord to developing a commuter rail line that would connect Manchester and Nashua to Boston, a question remains whether the state’s elected officials would seek funds for projects even if H.R. 5497 passes.

In a press release issued on Monday, Kuster and Pappas said that the creation of a rail line to Boston was a central goal behind their Invest in American Railroads Act.

“Passenger rail will be a game changer for New Hampshire, helping to spur economic competitiveness and help keep Granite Staters from spending hours sitting in traffic,” Kuster stated. “It will also plug New Hampshire’s burgeoning tech industry with the vast pools of talent in the region, helping bring the best and brightest minds in to employers in Nashua and Manchester. This legislation is a win-win for working families and for our state’s economy.”

“When our states are looking to build and improve our railways, such as a passenger rail from Manchester to Boston, it’s critical that we set them up for success,” Pappas said. “This legislation will improve loan programs our states may utilize as we undertake ambitious rail projects that improve our regional economies and create good paying jobs.”

Kuster also sponsored the 2016 legislation named the Promoting Travel, Commerce and National Security Act, which streamlined travel and commerce operations between the U.S. and Canada, facilitating the process to extending the Vermonter line to Montreal. The biggest obstacle to bringing the project to fruition has been the establishment of a customs system for the line.

People who would like to become a Claremont station host or learn more about it, are encouraged to contact Walt Stapleton by phone at (603) 995-1034 or email at waltstapleton@juno.com.