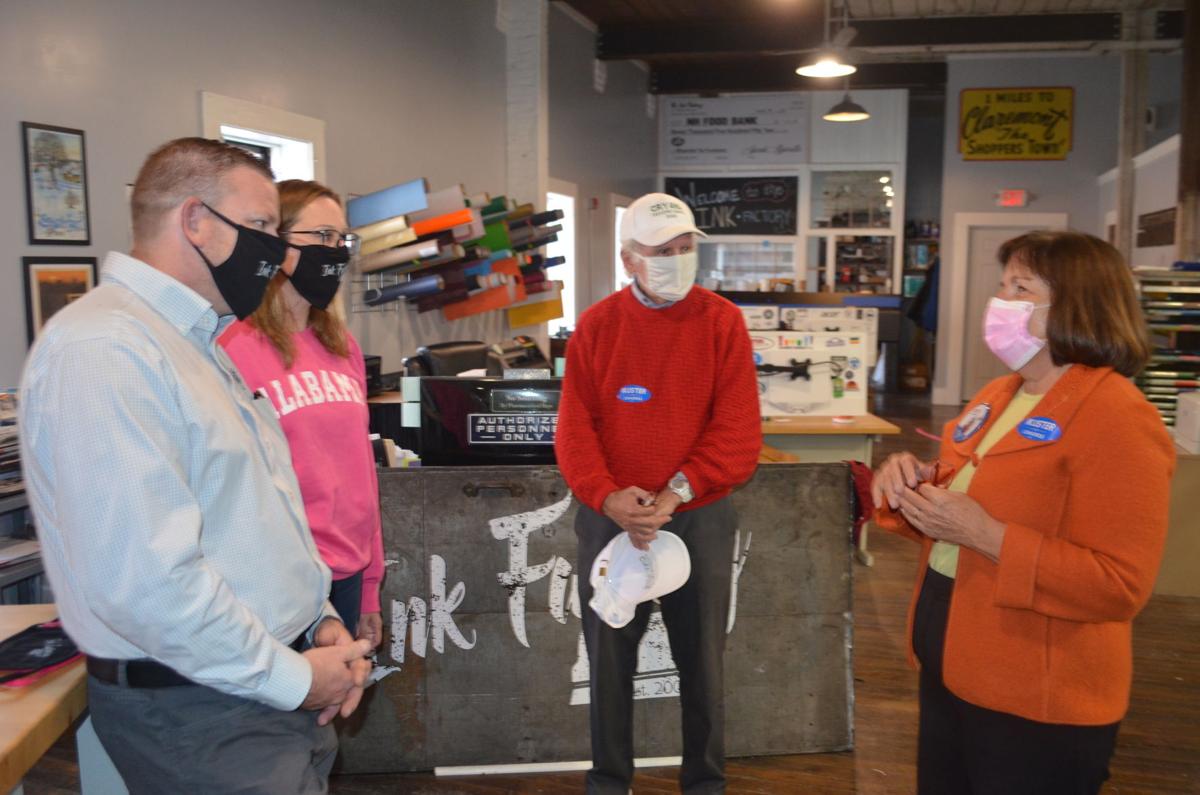 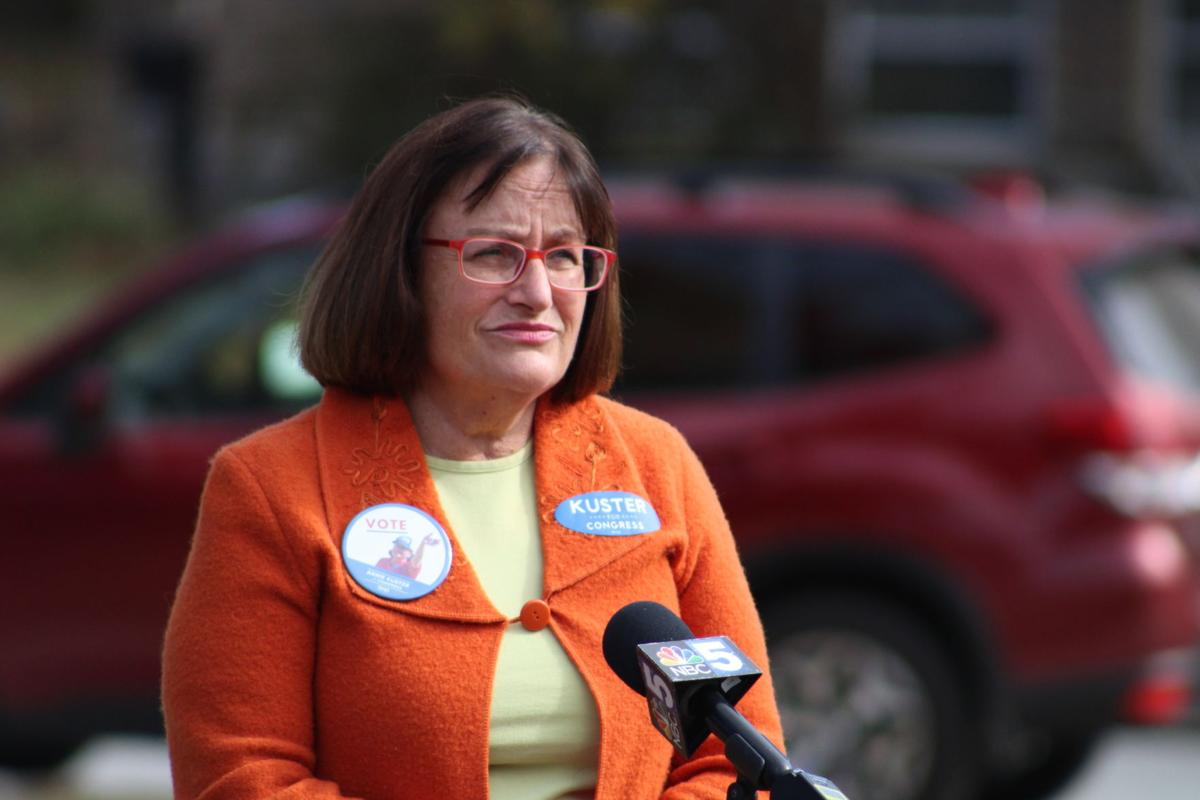 U.S. Rep. Annie Kuster speaks to members of the media in Broad Street Park Monday, Oct. 12, 2020, following a visit to Claremont where she encouraged residents to vote in the upcoming election on Tuesday, Nov. 3.

U.S. Rep. Annie Kuster speaks to members of the media in Broad Street Park Monday, Oct. 12, 2020, following a visit to Claremont where she encouraged residents to vote in the upcoming election on Tuesday, Nov. 3.

Kuster joined local Democratic Party members in Broad Street Park to promote the importance of voting in the elections on Tuesday, Nov. 3, and the greater scope of voting options in New Hampshire this election cycle due to the ongoing novel coronavirus pandemic.

“Voting is easy in New Hampshire this year,” Kuster said in a message to the public. “We have three possibilities and you and you should choose what works best for you. But make a plan to vote.”

The three voting options this election cycle include in-person on Election Day, early voting or voting from home via a mail-in absentee ballot.

Due to the pandemic, the state has significantly expanded the access to alternative voting methods this year, including the ability to vote early by requesting and filling out an absentee ballot in-person at one’s municipal clerk’s office.

“I made my own decision to vote now because I wanted to make sure that it was done and behind me and I could tell people about [the process],” Kuster said. “But everybody has different circumstances with their health, their work and wellbeing.”

Voters may also choose to submit an absentee ballot by mail. Mail-in voters must carefully follow the ballot instructions, particularly in regard to signing the ballot affidavit that confirms your identity.

“When people return their ballot they must be sure to sign the affidavit internally,” said New Hampshire Rep. Gary Merchant. “Because there are times in which the envelope and internal envelope are not signed by the person. And that would mean a default on the ballot itself.”

A sticker with instructions for how to complete the affidavit should be found on the envelope for the mail-in ballot, according to Kuster. Mail-in voters should also expect to receive two envelopes, one to seal their ballot and affidavit and an outer one with their mailing instructions. Voters must make sure to follow the instructions carefully.

Additionally, mail-in voters are advised to get their ballots in the mail at least seven days before the election, otherwise there is a risk they do not reach their city clerk’s office in time, according to Holly Shulman, spokesperson for the New Hampshire Democratic Party.

“It’s really important for people to have a plan and know what their plan is,” Shulman said.

Kuster said she is less worried in New Hampshire about potential issues with mail-in ballots, which New Hampshire has permitted for several years and has the experience to manage.

“The other new thing we have this year is that you can track your ballot, so you can know when your ballot is received and that it will be counted,” Kuster said.

Kuster also noted that people voting in-person on Election Day can expect safer precautions in all voting places statewide, including social distancing requirements and requests for voters to wear a mask.

Asked about the possible confirmation of federal judge Amy Coney Barrett to the Supreme Court, Kuster told the Eagle Times she has not conceded that fight yet, though she anticipates the Republican Party’s push to confirm Barrett before the elections will trigger a “a resounding wave” behind Democratic candidates this cycle and result in the Democratic Party taking back the presidency and majorities in both congressional houses.

Many issues that go to the Supreme Court are vulnerable due to not having legislative backing, as their policies were only created by executive order or regulations under a particular president, Kuster explained. Many of these matters would be more protected from legal challenges if the policies originate from legislative acts.

Before the conference Kuster and Michael Cryans, executive councilor for Claremont’s district, visited the Claremont Fire Department and discussed emergency operations during the pandemic with Chief Bryan Burr. Following the conference, Kuster and Cryans visited The Ink Factory on Water Street, where they met with owners Jeff and Sarah Barrette and The Maker Space on Main Street.

Citizens who have questions about voting in the November elections may find assistance or information by contacting the New Hampshire Democratic Party’s voter-assistance at (603) 466-8683 or visiting their website at www.voteinnh.org.