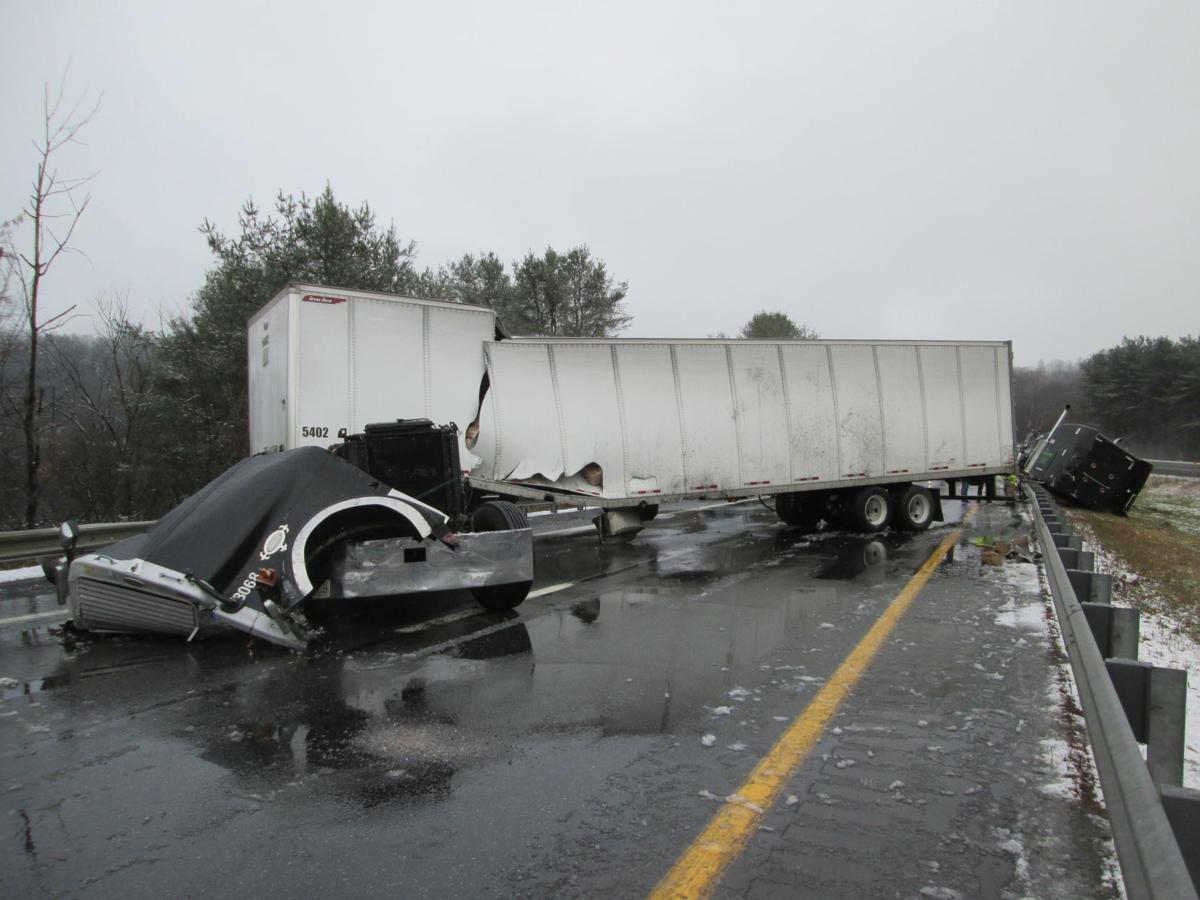 As snow fell mid-day Tuesday, a portion of I-91 South was deemed impassable after a two-vehicle crash involving Ann Porter-Brown, 62, of Manchester, and Jorge Guillen, 63, of Linden, New Jersey. 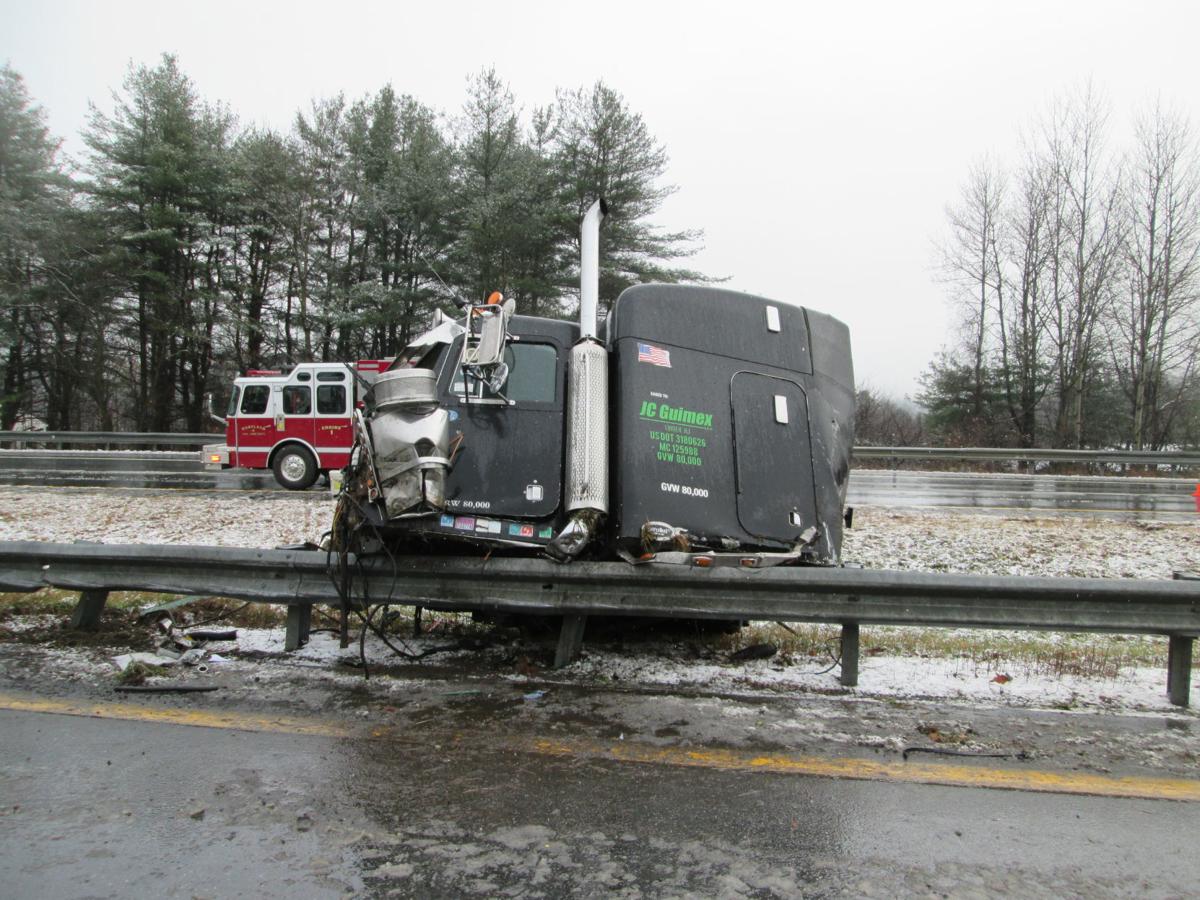 The remaining front-end of a tractor-trailer involved in one of several collisions throughout the day Tuesday.

As snow fell mid-day Tuesday, a portion of I-91 South was deemed impassable after a two-vehicle crash involving Ann Porter-Brown, 62, of Manchester, and Jorge Guillen, 63, of Linden, New Jersey.

The remaining front-end of a tractor-trailer involved in one of several collisions throughout the day Tuesday.

HARTLAND, Vt. — Slick roads led to a series of crashes on Interstate 91 Tuesday that closed both southbound lanes on the busy roadway, one being fatal in Stockbridge.

As snow fell mid-day Tuesday, I-91 South at mile marker 66 near Hartland was forced to shut down after a two-vehicle crash involving Ann Porter-Brown, 62, of Manchester, and Jorge Guillen, 63, of Linden, New Jersey. Guillen was operating a tractor-trailer unit at the time of the incident.

The driver of the tractor-trailer, who suffered a minor head injury in the crash, was taken to Dartmouth-Hitchcock Medical Center in Lebanon, New Hampshire.

Also in Hartland, two crashed tractor-trailers and a motor vehicle led to a three-car chain-reaction wreck that left I-91 between exits 9 (Hartland) and 10 (White River Junction) impassable for more than three hours, leaving countless drivers stranded.

Emergency crews first responded to the Interstate for a crash involving a couple of tractor-trailer units. That crash set off a series of collisions that included the ambulance. Authorities say the ambulance crew was heading home from a call when it was rear-ended. No one was seriously hurt.

Traffic was also backed up on Route 107 earlier in the morning following a two-car collision between Philip Russell, 69, of Niantic, Connecticut, and Joseph VanPatten, 37, of Clifton, New York. Vermont State Police responded to the call of a serious injury accident involving two vehicles near Stony Brook Road in Stockbridge.

An initial investigation revealed that Russell was traveling east on Vermont Route 107 when he lost control. Russell’s vehicle then crossed the centerline and collided with VanPatten’s car, according to a press release made available by the Vermont State Police.

Russell was transported to Gifford Medical Center in Randolph and was subsequently pronounced dead.

The cause of the crash on Route 107 is still under investigation. Anyone who witnessed this accident is encouraged to contact the Vermont State Police in Royalton at 802-234-9933.

With the start of winter and thus the return of snow and ice, public safety and transportation officials are reminding folks to adjust their driving for winter conditions.