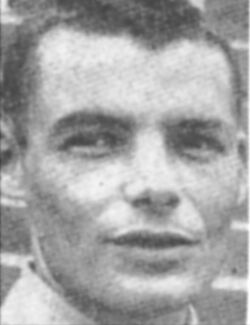 Andrew J. Blais SPRINGFIELD — Andrew Joseph Blais died peacefully Tuesday morning, July 6, 2021, at Sterling House in Bellows Falls, Vermont, at age 87; he had resided there under their loving care for the past three years since developing dementia. He loved the place; it was his home. Andy was born Oct. 20, 1933, in Springfield, Vermont, the son of Vital P. Blais and Eileen Sample Blais Perry. He was a man of many talents and interest. He served his country in the Vermont National Guard achieving the rank of First Lieutenant. He was an accomplished woodworker providing custom furniture pieces to many. His work was excellent and a source of pride. He also excelled at home construction having designed and built five homes and garages throughout the years. He loved working in his orchard where he raised apples, peaches, plums, etc. Andy worked for many years in First National Stores as a produce manager, eventually traveling for both First National and Hannaford helping to set up produce displays. He grew up loving sports of all kinds and after school, was an accomplished softball player and bowler in the area leagues. Andy is survived by a son, Jeffrey Blais, of Ludlow, Vermont, and a stepson, Daniel Gay, of Weathersfield, Vermont; sisters, Marlene Millay, of Springfield, Vermont, Janet Fisk, of Charlestown, New Hampshire, and brother, Adrian Perry, of Keene, New Hampshire; and several nieces and nephews. He is also survived by his loving and attentive caregiver and ex-wife. Marilyn Blais. and his longtime pal, Kathleen Hathaway. He was predeceased by brothers, Raymond, Paul, Norman and John, and sister, Teresa Fagans, all of Springfield, Vermont, and by sister, Angel Jefts, of Chester. A graveside service will be held at 10:30 a.m. on Wednesday, July 14, in the Oakland Cemetery in Springfield, Vermont. Donations in Andrew’s memory may be made to the Sterling House Activity Fund, 33 Atkinson St., Bellows Falls, VT 05101. Davis Memorial Chapel is assisting with arrangements.