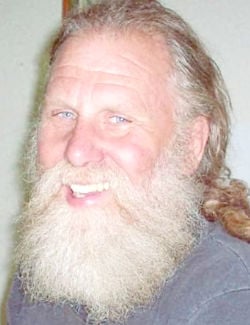 Carl "Hank" Bosse UNITY — The Bosse Family announces with great sadness the sudden passing of Carl "Hank" Bosse. Born in Mount Kisco, New York, Hank grew up in Stratford, Connecticut. He enlisted in the U.S. Army serving as a Military Police Dog Handler. In 1977, he married Susan Tozser and lived in Newtown, Connecticut, where they had three sons. In 1989, they moved to East Unity. Sadly, Susan passed away in 1997 from a battle with cancer. He married his current wife, Carol Martel, in 2013. Throughout his life, he worked as a toolmaker and later was self-employed. He participated in the construction of the Hubble Space Telescope. He also designed and produced movie filming equipment. He built his own log cabin home in Botsford, Connecticut, along with numerous, and sometimes questionable, home and auto repairs. "If we can't fix it, it's broke" was one of his favorite lines. Hank enjoyed drag racing, his wife and sons, his dog, Scarlet, and above all, his lifelong passion of his Harley Davidson and his "biker" family and friends who stretched throughout the U.S. and Canada. Surviving Hank is his wife, Carol; his sons, Lee and wife Jenn, Jesse and wife Melissa, and Mike and wife Shannen. He had two grandsons, Reese and Gavin, and two granddaughters, Kaleigh and Emily. A memorial service will be held at the Newton Bartlett Funeral Home in Newport on Feb. 22, 2020, from 2 to 4 p.m. In lieu of flowers, the family asks that donations be made to the Veterans Affairs.