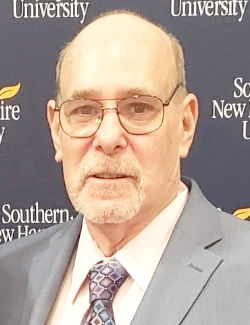 Charles C. Marks GRANTHAM — Charles C. Marks, 63, passed away unexpectedly at Dartmouth Hitchcock Medical Center on June 18, 2020. Chuck was born on Feb. 7, 1957, in Pasadena, California, to the late Ronald and Charlene (Covell) Marks. He married the love of his life, Cynthia Mantz. The two spent many wonderful years together, and have three amazing daughters. He was a retired U.S. Navy veteran, who served for 20 years. After retiring, Chuck went back to college and graduated from Quinsigamond State College in Worcester, Massachusetts. Chuck and Cindy moved to Grantham 20 years ago to raise their girls in the home and town that he had always dreamed of. He enjoyed working on his house, land and was proud of what he created. Chuck volunteered at the White River Junction VA from 2001-2007. He worked at the Salvation Army and Kohl's in Lebanon, while continuing to have close ties to the VA. While he may have been quiet, Chuck was one of the friendliest and caring of men that people had the privilege of calling a friend. He could be overprotective at times, but that only proved how big his heart truly was. He made sure to never miss a sports match his daughters were in, and often took them on father/daughter dates to spend extra time together. Chuck loved animals, paint by numbers, sweet treats, and the simple pleasure of great weather mixed with great friends and shipmates. His children remember him as a thoughtful person, with the best sense of humor and an avid lover of basketball and football. He will be sorely missed. Chuck is predeceased by his parents. Surviving family includes his wife, Cindy Mantz-Marks of Grantham; daughters, Arianna Marks (Chris Picard) of Lebanon, New Hampshire; Tamara Marks of Midland, Michigan; and Alicia Weideman and husband Brandon of Washington; grandchildren, Austin, Mason, and Mallory Weideman, and in-laws, Susan and Roger Mantz of Grantham. "Have fair winds & following seas ... we have the watch" A military memorial service will be held in September with details to follow. In lieu of flowers, consider donating in Chuck's name to the (in memory of Charles Marks) VA Medical Center, c/o Voluntary Services, 215 North Main St., White River Junction, VT 05009, or Town of Grantham EMS, 300 Route 10 S, Grantham, NH 03753. Newton-Bartlett Funeral Home is assisting with arrangements.