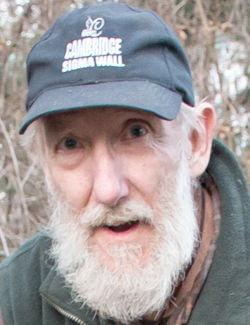 Charles "Chuck" Adams CANAAN — Charles "Chuck" Adams, 72, passed away peacefully at the Jack Byrne Center in Lebanon with his family by his side on Saturday, Jan. 11, 2020. He was born to the late John Q. and Janice P. (Slack) Adams on Dec. 13, 1947, and graduated from Mascoma High School, class of 1966. He also graduated from barber school and later in life, auctioneer school. Chuck had served in the Army National Guard. Chuck worked countless jobs. He owned the Midget Diner on Allen Street in Hanover, worked at The Quechee Club and Ho Jo's. He also lived in Maine for a short period of time where he worked for the Whistling Oyster and Jonathan's restaurants. He and his friends also owned and operated a restaurant in White River Junction, Vermont, called Cafe Northern Lights. Most of his life was spent operating his tree removal and landscape business, Porcupine Tree Removal. In his free time, he was often in the bleachers at both the men's and women's basketball games at Dartmouth. He could also be found at one of the local coffee shops in the Upper Valley doing what he did best: socializing with friends and meeting new ones. Chuck enjoyed many things in life and in this last year, the support he received from his friends, family and the doctors, nurses and staff at DHMC, meant more to him than anything. Chuck is survived by his daughter Crystal Adams Taplin, her husband Tom, his grand-dog Lucia; many nieces, nephews, aunts, uncles, brothers- and sister-in-law, and countless friends. He was predeceased by his former wife and lifelong friend Jane Madeja Adams. Family and friends are invited to Chuck's memorial calling hours at the Ricker Funeral Home in Lebanon on Thursday, Jan. 16, from 5 to 7 p.m. A brief opportunity to share a story about Chuck will begin at 7 p.m. Memorial donations in Chuck's memory can be made to: Canine Commitment, 733 Bedford Road, New Boston, NH 03070. An online guestbook is available to leave a message of condolence for Chuck's daughter by visiting www.rickerfuneralhome.com.