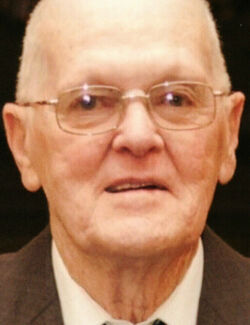 Dale "Perk" Perkins CLAREMONT — Dale "Perk" Perkins passed away peacefully on Jan. 20, 2021. Perk was born in Wheelock, Vermont, on June 8, 1936, the son of Gordon and Laura Perkins. Perk graduated from Stevens High School in 1955, and married his high school sweetheart, Julie Lefevre, on Sept. 6, 1958. Perk served in the Army from 1959 to 1961 and was stationed at Fort Lewis, near Tacoma, Washington, where he and Julie both lived during that time. A lifelong resident of Claremont, Perk worked for Coca Cola from 1954 to 1994. After retiring from Coke, Perk worked for Sunrise Vending and Claremont Transit, driving a city bus from 1998 to 2013. Perk loved playing sports. He bowled and played softball for many years. Perk also loved karaoke and for many years, he sang in local establishments with all his friends. He was a devoted fan of the Stevens basketball teams and went to their games with his brother-in-law, Paul Lafreniere. Perk is survived by his wife, Julie Perkins; three sons, Mike and his wife, Nancy, from Stoddard, New Hampshire, Jeff and his wife, Elizabeth, from Claremont, and Tom and his wife, Mary, from Surry, New Hampshire. Perk is also survived by his sister, Phyllis Pratt and her husband, Dick, from Winchester, New Hampshire; three grandsons, one granddaughter, four great-grandsons; and several nieces, nephews and cousins. Perk was predeceased by his parents, Gordon and Laura Perkins; his brother, Donald from East Windsor, Connecticut; an infant son; and granddaughter, Valerie Lizotte. A Mass of Christian Burial will be celebrated at 10 a.m. on Tuesday, Jan. 26, at St. Mary’s Church with the Rev. Shawn M. Therrien, pastor, officiating. Interment with military honors will follow in St. Mary’s Cemetery. There will be a walk-through visitation on Monday evening from 6-8 p.m. at the Roy Funeral Home. The Perkins family and the Roy Funeral Home remind people that, due to the current COVID-19 pandemic, those attending the services are required to wear masks and social distance. The family suggests that, in lieu of flowers, memorial contributions be made to either the American Heart Association or the American Diabetes Association. You are invited to share a memory of Perk with the family or leave a message of condolence in the family guest book at www.royfuneralhome.com.