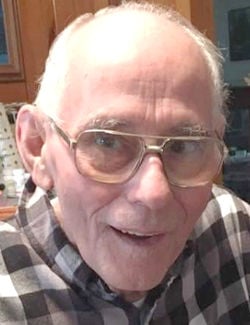 ASCUTNEY, Vt. — Emery N. Morse Sr., 77, of Ascutney, died Saturday, Jan. 11, 2020. Born Sept. 8, 1942, in Claremont, New Hampshire, to George E. and Aldea O. (Collins) Morse, he attended grade school at Farwell School in North Charlestown, New Hampshire, and graduated from Charlestown Jr.–Sr. High School Class of 1960. While in high school, he was a member of the National Honor Society. In his senior year, he was recipient of American Legion Good Citizenship Award. After graduation, he enlisted in the United States Army and served from July 29, 1960, until discharged on June 13, 1963; the last year was served in South Korea. Mr. Morse worked at Fellows Gear Shaper Co. in Springfield, from June 1963 until being laid off in March 1971. Then he went to work at Sturm Ruger and Co. in Newport, New Hampshire, on July 12, 1971, and remained there until retiring on Dec. 21, 2005. He married Linda Woodcock of Weston on June 24, 1967; then they divorced. He married Joanne E. Roberts of Newport, New Hampshire, on Sept. 29, 1991, and she died last year. Funeral services will be held on Saturday, Jan. 18, at 1 p.m. at the Precision Baptist Church on Route 106 in North Springfield. Burial will be in the spring in Ascutneyville Cemetery in Ascutney. Arrangements are with Stringer Funeral Homes and Crematorium, 146 Broad St., Claremont, NH 03743. To view an online memorial or send a private message of condolence, visit www.stringerfh.com.