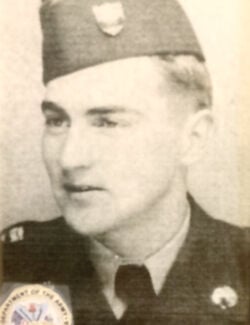 Everett "Woody" Wood WINDSOR, Vt. — Everett “Woody” Wood, 89, of Windsor, Vermont, was called home July 21, 2020. Woody was born Dec. 23, 1930, in East Montpelier, Vermont, son to Harvey and Ida Wood. He grew up on the family farm where he learned the value of hard work and perseverance. He enlisted in the Army and served during the Korean War. In addition to being an Army veteran, he also belonged to the American Legion. Woody enjoyed his work and camaraderie during his time at Cones where he retired after a lengthy, successful career. He was an amazing family man who always wore a smirk and had a belly laugh ready to sneak out. He was as kind as he was fun-spirited. In his spare time, Woody would often be found delivering meals throughout his community for the Meals On Wheels Program. He enjoyed taking his late wife, Gerry, out to eat with their “Out to Lunch Bunch” on weekly trips. He was an avid photographer, always capturing the best moments with the smiles he could get us all to make. He fondly reminisced about his time in the Army, the fishing trips with his son, John, in Alaska, the many visits with his granddaughters, Amber and Ashley, in coastal Maine, and the special adventures with his grandson, Cliff, and granddaughter, Carrie. Woody was predeceased by his wife, Germaine “Gerry;” his sons, John and Ernest; his parents, Harvey and Ida; and his brothers. He is survived by his sister, Doris; daughters, Mary Jane O’Neil and Suzanne Whitcomb, both of Windsor; son, Ronald Danyew of Florida; eight grandchildren and 19 ‘cunning’ great-grandchildren. A private family graveside burial will be held. In lieu of flowers, memorial contributions may be made to ALS Hope Foundation, P.O. Box 40777. Philadelphia, PA 19107; or the Alzheimer's Association, Maine Chapter, 383 U.S. Route One Suite 2C, Scarborough, ME 04074.