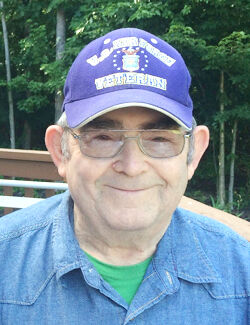 James M. Newell NEWPORT — James M. Newell, 82, of Newport, New Hampshire, passed away Jan. 7, 2021, at his home after a long period of illnesses, He sure was a strong fighter. He was born March 7, 1938, the son of Ronald S. Newell and May (Jordan) Newell of Newport, New Hampshire. He was one of seven children. He is survived by his loving wife, Marjory (Thompson) Newell; his son, James Newell of Stoddard, New Hampshire; daughter Lisa (Newell) Bell and husband Michael of Georgia; his sisters, Joyce (Newell) and Phil Glazier, Joni (Newell) and Bruce Soloman; brothers-in-law Dan Thompson and Dave Thompson; his four loving grandchildren, Andrew Newell and Francis of Maryland, Adam Newell of Maryland, Alex Bell of Westmoreland, New Hampshire, and Aaron Bell of North Carolina. He also leaves behind many loving nieces and nephews. He was predeceased by his parents, Ronald and May Newell; his brother, Ronald Newell Jr. and wife Linda; his sister, Janet Bobst and husband Bob; his brother, Richard Newell and wife Shari; his brother, William Newell; brother-in-law Wally Thompson and Charlotte McIntire; and his nephew, Phil Glazier. When Jim was young, he worked at Benny Sichel’s Farm working with the animals and doing farm-related chores. He really enjoyed being around the animals and doing farm work. He joined the Air Force in 1954 and was trained on airplane sheet metal repair. He was proud of his service in the Air Force. After his service, he came home and worked with his brother, Ronald, in the construction industry in Massachusetts. After that, he went into the welding trades and retired from Melanson’s Fabrication. Funeral services will be held at a later time in the spring. Newton-Bartlett Funeral Home is assisting the family with arrangements.