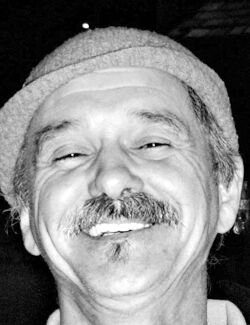 Paul N. Mailhot ACWORTH — Paul N. Mailhot, 65, of Acworth, New Hampshire, died Monday, July 20, 2020, at the Jack Byrne Center in Lebanon, New Hampshire, following a period of failing health. He was born in Newport, Vermont, on April 10, 1955, the son of Norman and Jeanette (Huott) Mailhot, and had been a longtime area resident. Paul had been employed as a machinist by Sturm Ruger & Co. and had also been employed by Timberpeg. He was veteran of the United States Navy. He enjoyed listening to music, playing the guitar and was a pool enthusiast. Members of his family include three daughters, Caroline Mailhot, Acworth, Rebecca Mailhot, Claremont, New Hampshire, April Mailhot, Connecticut; four grandchildren, Jack Blaine, Nathan Berube, Taylor Berube, Matthew Berube; his father, Norman Mailhot, Connecticut; a brother, Mike Mailhot, Connecticut; four sisters, Pauline Braddock, Conecticut, Gail Ariola, Claremont, Diana Reed, Goshen, New Hampshire, Joanne Orton, Vermont; and several nieces and nephews. In keeping with his wishes, there will be no services at this time. You are invited to share a memory of Paul with the family or send a message of condolence in the family guest book at www.royfuneralhome.com. Arrangements have been entrusted to the Roy Funeral Home and Cremation Service.