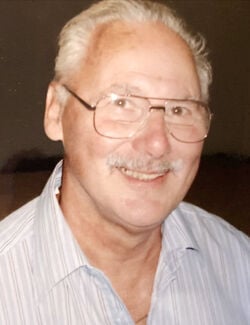 Robert J. Hurd NEWPORT — Robert James Hurd, 85, beloved husband, father, grandfather, Opa and friend, passed away on Sept. 13, 2021, at New London Hospital. He was born in Newport on April 27, 1936, to the late Frank and Gertrude (Allen) Hurd. Robert was raised in Newport and lived in the area his entire life except when he was stationed in Germany. He was raised on a farm where he learned the value of hard work and was instilled with a love of nature and the outdoors. Robert served his country in the U.S. Army and then the Army National Guard. Robert met his wife, Moni, in Berlin, Germany, in 1959. They returned to Newport in 1961. He had a great sense of humor. Robert loved his family and will be dearly missed. Surviving family members include his loving wife of 61 years, Moni (Riemann) Hurd, of Newport; daughter, Sabine Coupal, of Sunapee, and her partner, Robert Guillow; grandchildren, Joshua Wood and Krystal Wood and her husband, Nate Boston; great-grandchildren, Tiloh, Keryonna, Kendra, Klarissa, Jocelyn, Zaylia, Zoei and Adaleigha; sister-in-law, Gisela Wolf, brother-in-law, Rolf Breng; nieces and nephews, Caroline Moore and her husband, Don, Elaine Lamothe and her husband, Bob, Rodney Hurd and his wife, Juanita, Michael Breng, Peter Wolf, Tilo Breng, Axel Breng, Andrea Muth and Anja Werner; and longtime adopted son, Michael Henault. A memorial service will be held on Monday, Sept. 27, 2021, at 2 p.m. at United Methodist Church of the Good Shepherd, 11 Park St., Newport, New Hampshire, with burial to follow in Pine Grove Cemetery. A reception following the services will be announced. Newton-Bartlett Funeral Home is assisting the family with arrangements.