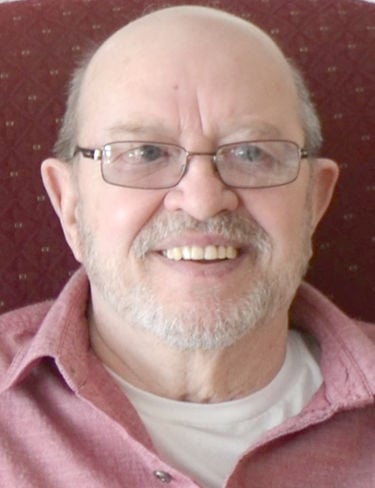 SOUTH PORTLAND, Maine — Robert Raymond Hebert, 79, passed away peacefully on Tuesday, Nov. 19, 2019, surrounded by his loving family at the Gosnell Memorial Hospice House in Scarborough. He was born on May 14, 1940, in Burlington, Vermont, the son of Albert and Marie (Parent) Hebert. He attended Windsor High School graduating in 1958. Robert went on to serve his country after high school, serving in the Air Force from 1959 to 1961. After serving honorably, he left the Air Force and continued serving his country and the State of Vermont for another 20 years in the Vermont National Guard. In 1966, Robert married the love of his life Catherine L. Quigley; they went on to start their family which included three children. He worked for many years as a machinist for Cone Blanchard Machine Co. in Windsor, Vermont. Besides his strong work ethic and serving his country, he also enjoyed many hobbies primarily spending time with his family. He also enjoyed building and flying RC planes, boating, fishing, hunting and camping at Loon Lake Campground in Croydon, New Hampshire. He also enjoyed watching NASCAR with his grandson Justin Morse, with whom he shared a special bond. Robert was predeceased by both his parents; brothers, Richard Hebert and Charles Hebert. He is survived by his wife of 53 years Catherine L. Hebert of South Portland; daughter Kimberly Bonin and husband Jeremy Bonin of New London, New Hampshire; son Mark Hebert and wife Jane Hebert of Hooksett, New Hampshire; daughter Mary Manoogian and husband William of Scarborough. He is also survived by nine grandchildren, Benjamin Morse, Justin Morse, Miranda Bonin, Gillian Bonin, Ashley Hebert, Jenna Manoogian, William Manoogian, Kaylee Manoogian, Danika Manoogian; and a sister Ann Gibson of Reading, Vermont. A military service will be held in the Vermont Veterans Memorial Cemetery, Randolph Center, in the spring of 2020. If friends or family desire, a memorial contribution in Robert’s name can be made to the Gary Sinise Foundation, which serves our nation by honoring our defenders, veterans, first responders, their families, and those in need: Gary Sinise Foundation, P.O. Box 368, Woodland Hills, CA 91365 or online https://www.garysinisefoundation.org/donate. To view Robert’s guestbook or to leave the family an online condolence, please visit www.coastalcremationservices.com.

Behind the Mask
Special Sections