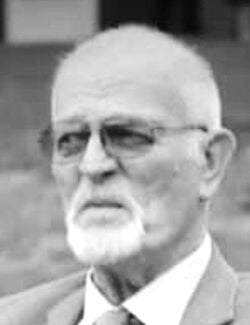 Ronald P. Aldrich NORTH HARTLAND, Vt. — Ronald Paul Aldrich, 80, passed away peacefully at his home on Tuesday afternoon, Feb. 9, 2021. Ron was born in Montpelier, Vermont, on Sept. 29, 1940, the son of Robert E. Aldrich and Addie (Lapan) Aldrich. He grew up in Wilder, Vermont, graduating from Hartford High School in 1958 where he played varsity football and baseball. He enlisted in the U.S. Army shortly after. Ron served during the Vietnam era and was stationed in Karlsruhe, Germany, as a heavy machine operator. Following an honorable discharge, he returned to his home state of Vermont which he loved. On a blind date (set up by his brother) he met the love of his life, Constance "Connie" Berwick. They were married on Nov. 2, 1963, at St. Denis Church in Hanover, New Hampshire. Initially, they made their home in Wilder, Vermont, and in November of 1966, bought a home in North Hartland, Vermont, where they lived since. With his love of hunting and the outdoors, Ron worked for the Vermont Fish & Game Department for over 15 years as a deputy game warden. Also at this time, he was employed at North Hartland Tool, previously known as NETAM Corp. for over 40 years as a tool and die maker, retiring in 2012. His son, Ron, works there today and they worked together for 27 years. Ron loved the outdoors and was an avid hunter and fisherman. Even in his later years, he managed with the help of his sons and his granddaughter's husband, Jeff, to take his customized walker and trusty rifle out in the woods. Ron and Connie loved camping and spent 47 years at Wakeda Campground in Hampton Falls, New Hampshire. This last year, they camped closer to home at Loon Lake in Croydon, New Hampshire. Ron always had time to tell a story or play a game of cribbage with his fellow campers. Ron was also a very active member of the American Legion and was awarded a life membership by Hartford Post #26. He served as Vermont State Commander in 1992-1993. At the time of his death, he was a member of the Lyman Pell Post #8 in Norwich, Vermont. Probably his greatest pleasure was watching his boys take part in sports. He was a dedicated fan and rarely missed a single football, baseball, rugby or hockey game. Ron always had time to take in a game or help with projects around the house. Recently, Ron and Connie enjoyed traveling and watching their grandchildren participate in sports and other activities. Lately, Ron loved babysitting for his favorite granddog, Hannah B. Ron was always disappointed he never had any girls but loved his daughters-in-law to the moon and back. Ron was predeceased by his parents; his brother, Donald R. Aldrich; and his beloved Golden Retrievers, MacGyver and Shiloh. Ron is survived by his wife, Connie; four sons, Ronald P. II (Wendy) of Ascutney, Vermont, Peter B. (Patty) of London, Ontario, Jay P. (Tyese) of Danvers, Massachusetts, and Brian J. (Casey) of Lebanon, New Hampshire; seven grandchildren, Brittany Bryant (Jeff), Matthew, Mitchell, Jay, Kenny, Alex and Eden; a sister, Sandra Smith of Ascutney, Vermont; as well as nieces and nephews. Calling hours will be held Friday, Feb. 19, 2021, from 6 p.m. to 8 p.m. at the Knight Funeral Home in White River Junction, Vermont. A graveside service will be held this summer in the Vermont Veterans Memorial Cemetery in Randolph Center. Memorial contributions may be made to the following: Vermont Fish and Wildlife Trust Fund, Vermont Fish and Wildlife Department, 1 National Life Drive, Dewey Building Montpelier, VT 05620; and Barking Dog Farm Rescue, 513 Cash St., Croydon, NH 03773 https://www.paypal.me/barkingdogrescue. Condolences to Ron's family may be made at an online guestbook at www.knightfuneralhomes.com.