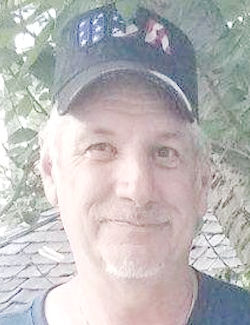 Stanton P. Nutting CLAREMONT — Stanton P. Nutting, 67, of Broad Street in Claremont, New Hampshire, died Tuesday, Feb. 4, 2020, at Elm Wood Center, following a period of failing health. He was born in Lebanon, New Hampshire, on Feb. 23, 1952, the son of Wallace P. and Frieda B. (Mills) Nutting and had been a longtime area resident, growing up in Cornish, New Hampshire. Stanton was a veteran of the United States Marine Corps. He was an outdoorsman and enjoyed hunting, fishing and camping. He also loved spending time with his family. Stanton was employed in the maintenance department at Walmart. Members of his family include a son, Eric Nutting and wife Stacey, Charlestown, New Hampshire; a daughter, Heidi Nutting, Lebanon, New Hampshire; three grandchildren, Zachary Nutting, Marissa Nutting, Ariel Dashnaw; his longtime companion, Cathy Nunn; three brothers, Peter Nutting, Ted Nutting, Steve Petrocelli. He was predeceased by his parents; his stepmother, Ruth Nutting, who helped raise him; and a brother, Stuart Nutting. A memorial service will be held at 6:30 p.m. on Thursday, Feb. 13, at the Roy Funeral Home, 93 Sullivan St., Claremont, New Hampshire. Friends may call at the funeral home from 4:30 p.m. until the time of services. The family suggests that, in lieu of flowers, contribution may be made to the Roy Funeral Home. You are invited to share a memory of Stanton with the family or leave a message of condolence in the family guest book at www.royfuneralhome.com.