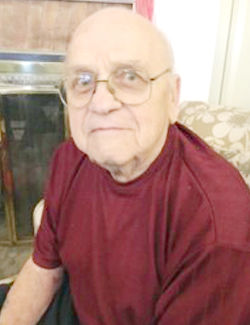 Stephen J. Pluta NEWPORT — Stephen J. Pluta, 91, Charlestown, New Hampshire, passed away Wednesday, March 25, 2020, at 10:21 p.m. at the Woodlawn Care Center, Newport, New Hampshire. He was born on Jan. 3, 1929, in Jackson, Michigan, to the late Albert and Joanna (Moske) Pluta. On Dec. 5, 1982, he married Margaret Adah (Caliri) Pluta, who predeceased him on June 19, 2016. Surviving are a son, Larry (Kathy) Pluta of St. Petersburg, Florida, and a daughter, Judith (Larry) Colvin of Rolling Prairie, Indiana; one grandchild, Tammy (Robert) Fulwider of LaPorte, Indiana; five great-grandchildren; and mother-in-law, Loretta Caliri of Newport, New Hampshire. He was also preceded in death by his brothers, Benjamin, Alexander and Edward; sister, Jane; and granddaughter, Tammy Losiniecki. Stephen moved from Michigan City, Indiana, in 1971 to Claremont and then to Charlestown in 1978. He retired from Joy Mfg. Co. where he worked as a supervisor for 30½ years, and at Sullivan Machine Co. for six years. He was a veteran of the United States Navy, a 66-year member of the American Legion Post #451 in Michigan City, Indiana, a member of the Elks Lodge of Claremont and a member and past president of Claremont Country Club. A private service will be held at a later date when Stephen and Margaret’s ashes will be buried together in Charlestown Cemetery. Arrangements are with Stringer Funeral Homes and Crematorium, 146 Broad St., Claremont, NH 03743. To view an online memorial or send a private message of condolence, visit www.stringerfh.com.