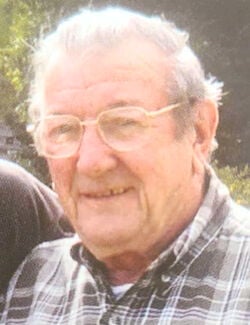 William D. Waite CAMBRIDGE, N.Y. — William David Waite passed away quietly, just as he preferred to live his life, Saturday, Feb. 20, 2021, at the Southwestern Vermont Medical Center, to join those who had previously known and loved him. Bill was a person who was a committed and loyal husband, father, grandfather, great-grandfather and friend to those who took the time to know and understand his independent nature. Bill was born Sept. 10, 1933, in Oneonta, New York, the son of the late Stephen Ernest Waite and Elizabeth King Waite. Having been raised in Cambridge, New York, and graduating from Cambridge Central School in 1951, he later resided in Windsor, Vermont, and Claremont, New Hampshire, returning to Cambridge upon retirement in 1997. Upon graduating from Albany Business College in 1953, he served three years in the U.S. Army and was stationed in Germany. Bill’s career was in banking, having been employed with State Loan and Finance, City Bank & Trust of Claremont and Connecticut River Bank in Charlestown, New Hampshire. He was one of the original founders of the Cambridge Saddle Club, a member of the Salem Fish & Game Club in Salem, New York, and the Coon Hunter’s Association in Windsor, Vermont. While retired, he also volunteered as a driver through the RSVP Association. Bill was an avid fly fisherman, always looking for the right ripple in the Battenkill, and was an avid hunter. He hosted many gatherings at his camp in Ashgrove, indulged in woodworking, attended to his blueberry patch and watched the financial numbers daily on the news. He leaves behind his wife and partner, Martha Hutcheons Waite; children, Stephen (Cheryl), daughter, Laurel Curtis (Mark); grandchildren, William Waite (Megan) and Stacie Kerin (Zachary), Stefanie Curtis (Evan Russell) and Katelyn Curtis; great-grandchildren, Wyatt and Abram Waite, Caden and Maeve Kerin; stepchildren, Charlene Lovett, Suzanne Hawley, Charles Marcotte and Janette Coombs. Bill always asked for simplicity and therefore, his funeral will be for immediate family only with no calling hours. Memorial contributions in Bill’s memory may be made to the Cambridge Valley Rescue Squad, 37 Gilbert St., Cambridge, NY 12816. Burial will be at a later date when family can gather in Woodlands Cemetery in Cambridge and enjoy happy memories of their patriarch knowing that he lived his life just as the famous singer said, “I lived it my way.” To offer condolences to the family, please visit www.gariepyfuneralhomes.com. Arrangements are with the Ackley, Ross & Gariepy Funeral Home in Cambridge, New York.