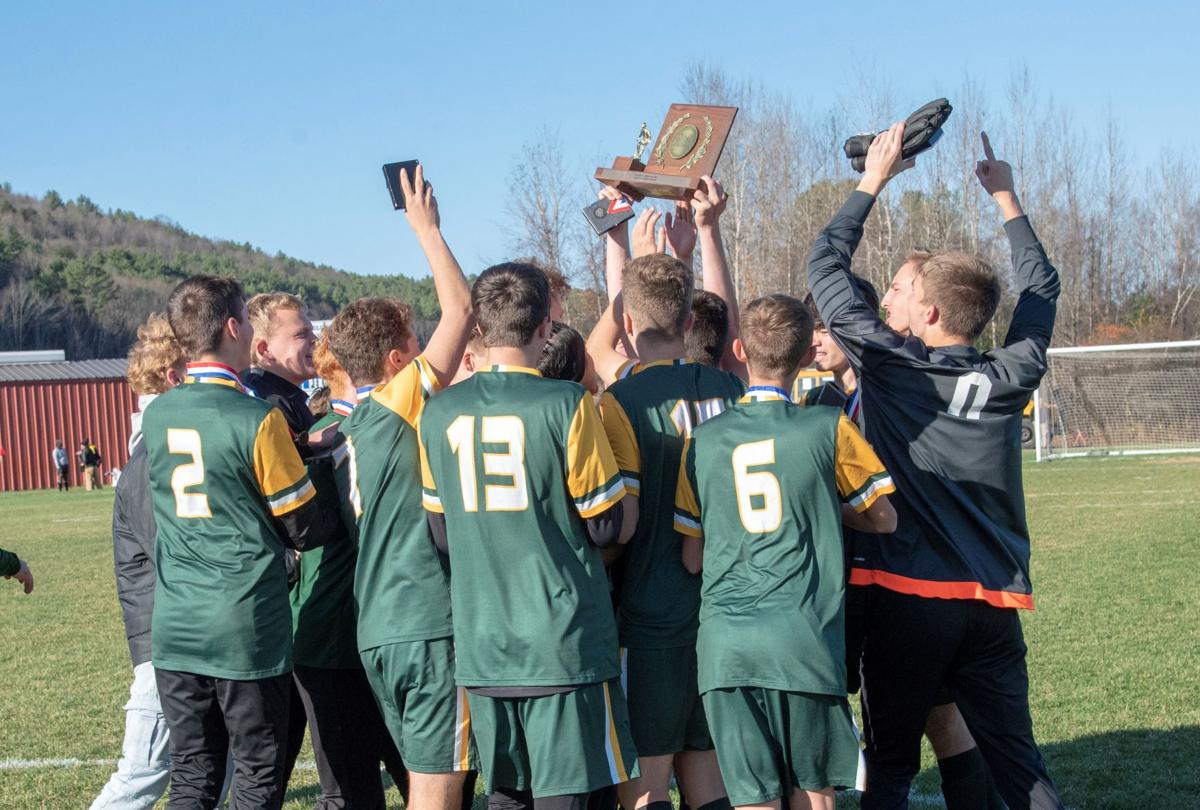 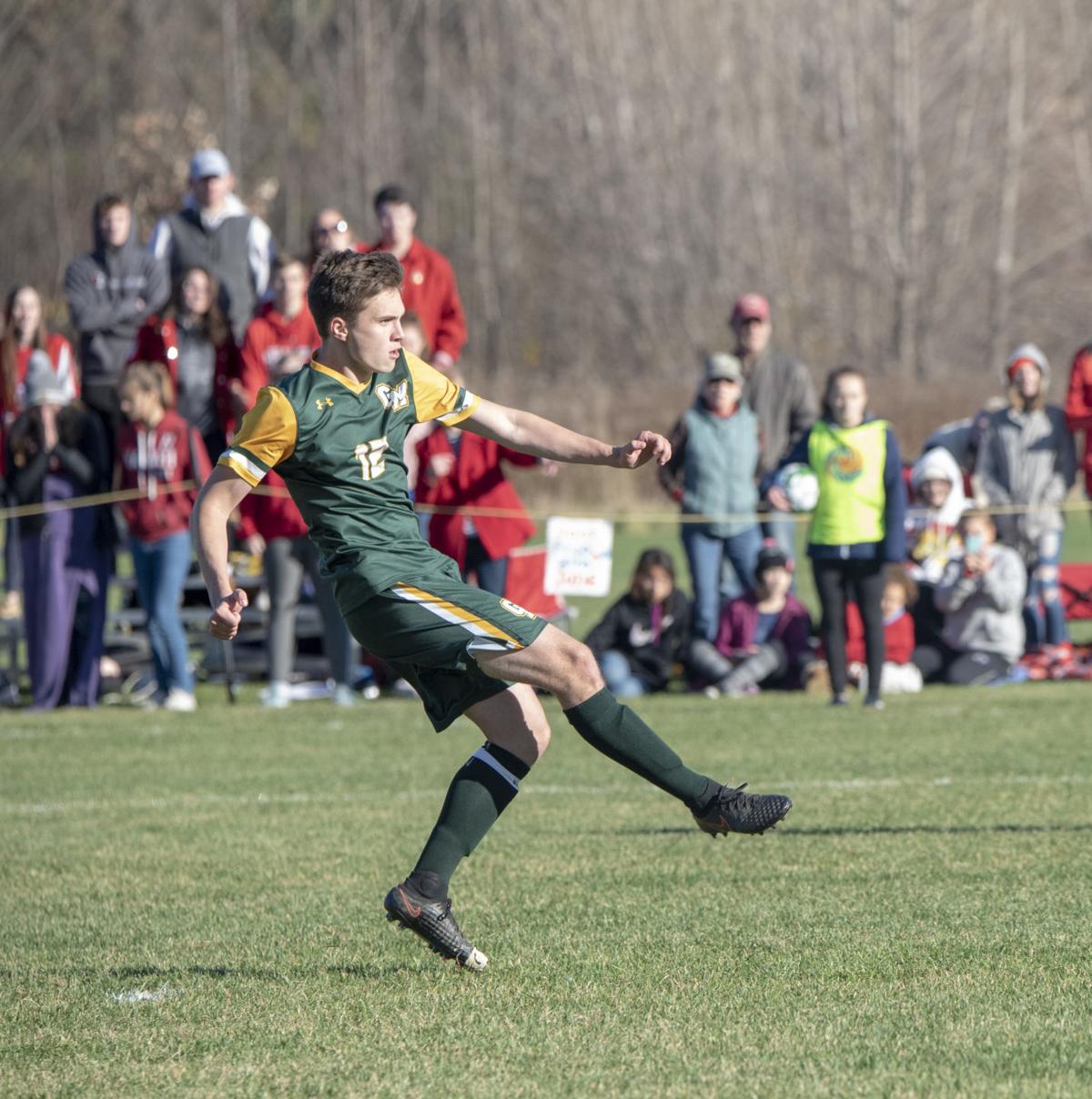 Anderson’s kick, which went to the left arm side of Mill River standout keeper Tyler Regula, was one in which there was no opportunity to make a save.

Green Mountain exploded out of the gate by scoring three goals in the games’ first fourteen minutes and forty seconds. Mill River battled back with three goals of their own, with their final tally coming early in the second half at the 35:00 minute mark at the Maxfield Sports Complex.

Eben Mosher opened the scoring at the 32:10 mark of the first half and his tally was followed by two more scores by teammate and brother Everett Mosher, the first which was exactly six minutes later. Anderson assisted on that goal and then Everett’s second tally was of the do it alone variety with 25:20 showing on the clock until halftime.

Mill River refused to lie down and came roaring back to equal the Chieftains output before the game entered the stretch run. First, Aidan Botti put the Minutemen on the board at 3-1 to show they would not back down and then Tyler Corey found the netting at the 12:20 mark pulling the Clarendon based team within a goal at 3-2, a score which stood until intermission.

Corey was in on the action again five minutes into the second half when he turned playmaker, assisting on a goal by Ryan Jones and then the two teams engaged in some up and down play from end to end, trading scoring opportunities in the final thirty-five minutes, before going on to overtime in pursuit of the golden goal. Goalkeepers Skyler Klezos and Regula stood tall in turning back scoring chances.

A Green Mountain celebration was waved off at the 15:17 mark when an apparent nifty goal was nullified with the Chieftains already in group hug mode on a offsides call, which players and fans alike missed for the most part.

In a contest that nobody deserved to lose, Mill River coach Peter Roach said, “In a game like this, the win can only go one way. We have talked about this as a team a lot. And we made a lot of the fact that character is rarely defined by the best moments in our lives, but it comes from the moments when we are down and we have tried our best.”

Roach was more than satisfied with the gallant play of his team in a losing cause. He went on to say, “We were down 3-0 and the battle, the pure effort and energy and the pure soccer played, to come back and put us in that spot was absolutely amazing and a testament to these young men and what they accomplished.”

From the winning side, Green Mountain coach Cole Wilhelm said, “On all three first half goals, we took advantage of well placed balls from the side or the corner that we just got right onto and finished. That is just our game plan, coming from the side and showing how dangerous our midfielders and strikers can be.”

Wilhelm also offered that there was no question in his mind (“absolutely it was going in”) that the handball only saved Mill River from defeat for a few moments and felt “for the most part, we kept our intensity throughout, obviously everything didn’t go our way, but, in the defining moment James stepped up and he had scored in every single play-off game and the decider in three games. We had confidence in his PK.”

Green Mountain out shot Mill River 13-6 and Klezos was sharp on all three saves he made, while Regula was faced with stopping 9 shots.

It was the first state crown in boys soccer in Green Mountain’s history. Chester High School, the forerunner of GMUHS, had one state title in the sport.