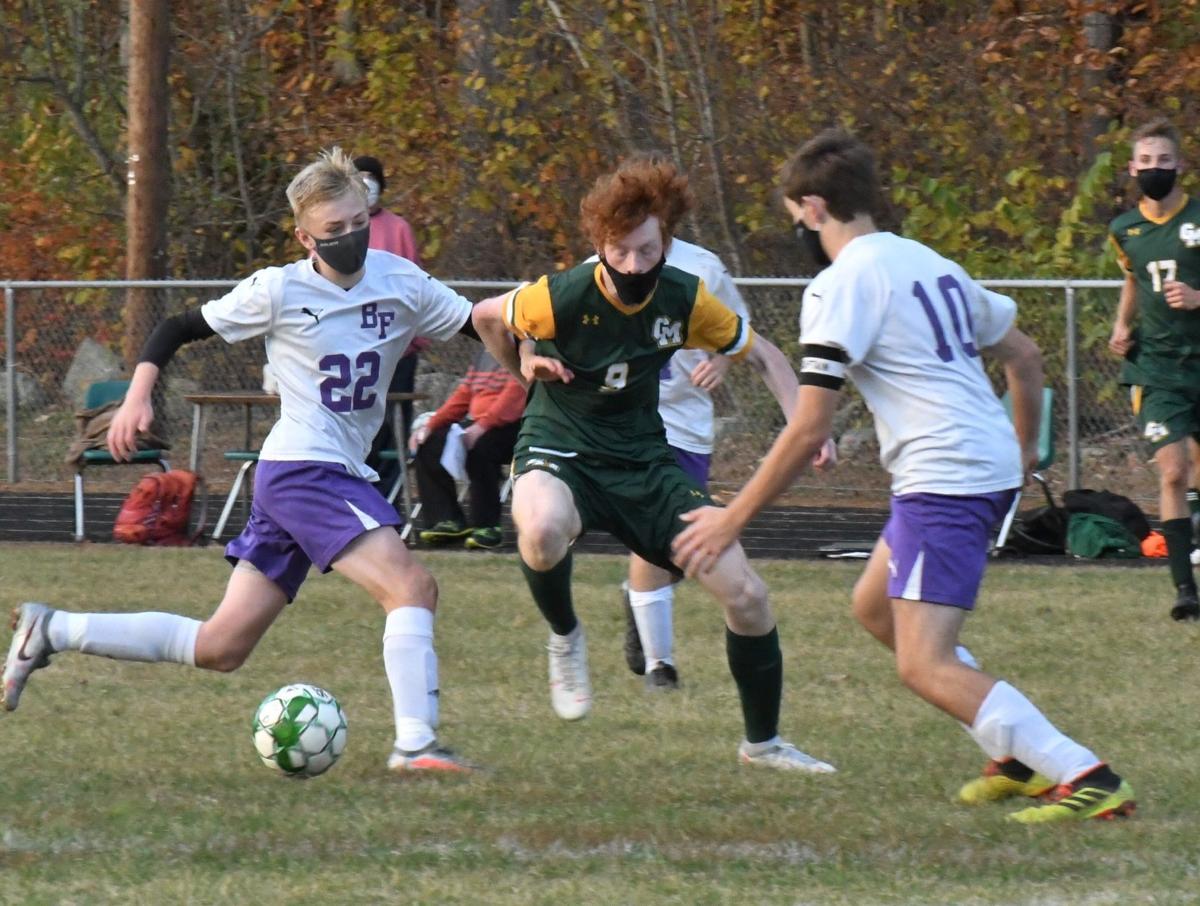 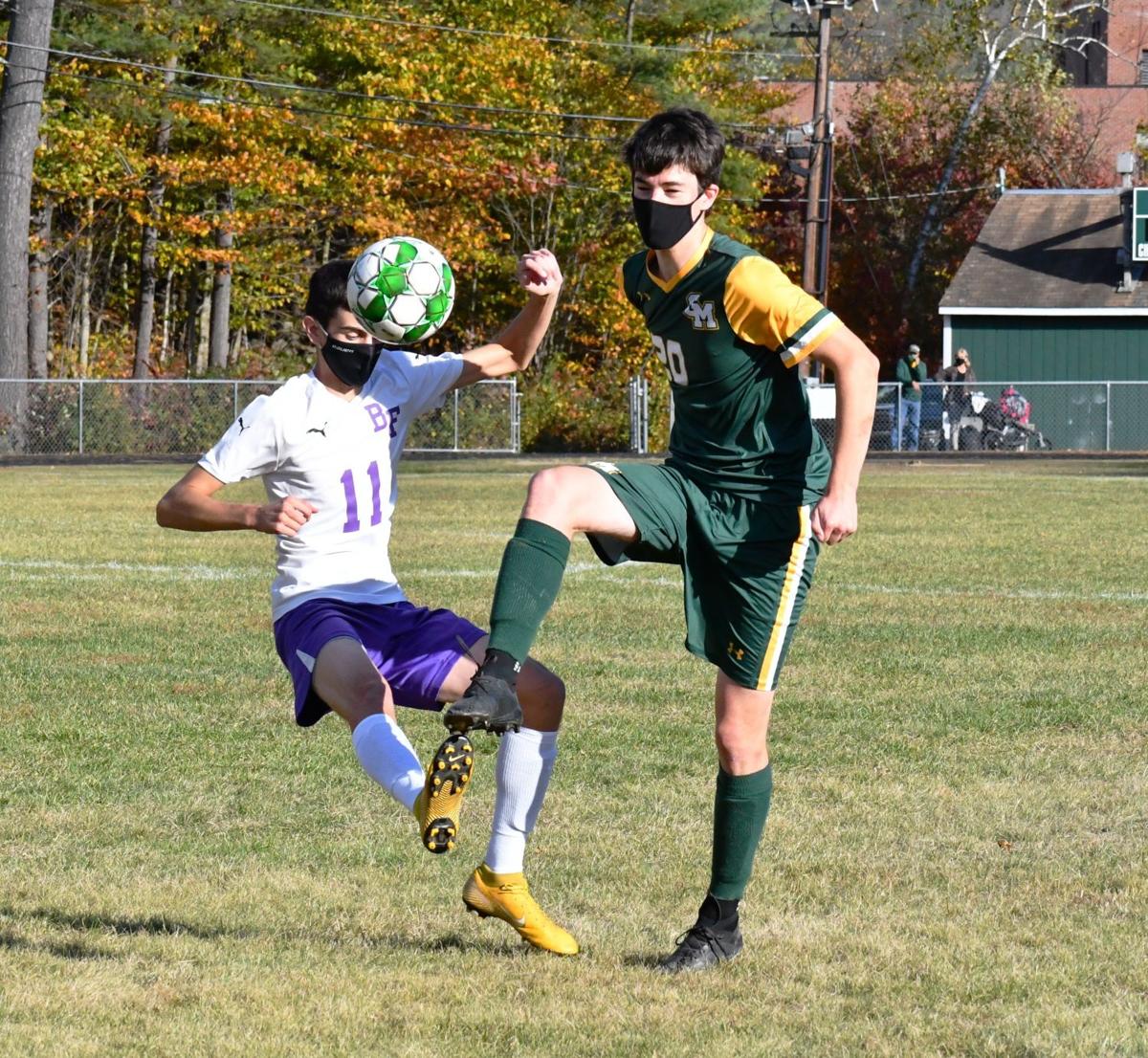 CHESTER, Vt. — The Green Mountain boys soccer team has a burning desire to get back to the Division III state championship game where the Chieftains hoisted the trophy in 2019. Following the Chieftains’ seventh straight win on Wednesday, 5-0 over Bellows Falls, it looks like they have the road map to reach their destination.

“We have more experience this year. We are bigger and stronger and we want to get back there. We have that mindset,” senior captain Jack Boyle said.

Everett Mosher, GM’s scoring machine. got the Chieftains on the board when when he finished off a shot by Ben Manukka that grazed the post.

The Chiefs were awarded a penalty kick 8:40 before the half. Manukka ripped the PK into the upper corner to keeper Bayley Sbardellati’s left and Green Mountain took the 2-0 lead to halftime.

The Terriers needed to make something happen early in the second half. Jack Cravinho made a run at the goal but nothing materialized.

Instead, it was the Chieftains striking less than four minutes into the half. Freshman Austin Kubisek nailed a hard, low shot that eluded a diving attempt by Sbardellati.

Kubisek scored again off of Elias Stowell-Aleman’s corner kick and Mosher completed the scoring with 14:07 remaining.

The Chieftains boast a 7-1 record following a season-opening loss to Woodstock. Their winning streak also includes a 1-0 victory over Woodstock.

The Terriers fall to 2-5. They lost an important piece of their attack in the first half when Jamison Nystrom got dinged in the head while he was airborne and did not return to the game.

The Chieftains, who scored 13 goals in one game this season, have a lot of weapons. One of them is set pieces, particularly Stowell-Aleman’s corner kicks. He consistently hangs them in front of the goal and the tall and physical Boyle, among others, is a threat to convert them.

“We are trying to score on all of our chances, especially set plays like that,” Green Mountain coach Jake Walker said.

“We are playing together. That is a very big thing for us now.”

The Chieftains dominated the first half and collected an inordinate number of corner kicks. They came extremely close to converting several of those.

After they came within an eyelash of capitalizing on a corner for the third time in a row when Boyle’s header went over the crossbar, Walker muttered, “Gotta finish.”

Thankfully, that did not remain a problem.

There were stretches when Sbardellati had to feel like a duck in a shooting gallery. Boyle, Ty Merrill, Stowell-Aleman, Laim O’Brien, Manukka and Everett and Eben Mosher all took turns on unloading shots at him.

Cravinho banged one over the bar and the Terriers did put a couple of serves on goal but nothing that was terribly threatening, giving keeper Skylar Klezos an uneventful day for his shutout.

The Chieftains will have to play well to take their winning streak into the playoffs. They have some formidable opponents ahead with the likes of Hartford, Brattleboro and Leland & Gray.

“Those games are going to be challenges. Those are three good teams. But those are the kind of teams we want to play before the playoffs,” Walker said.