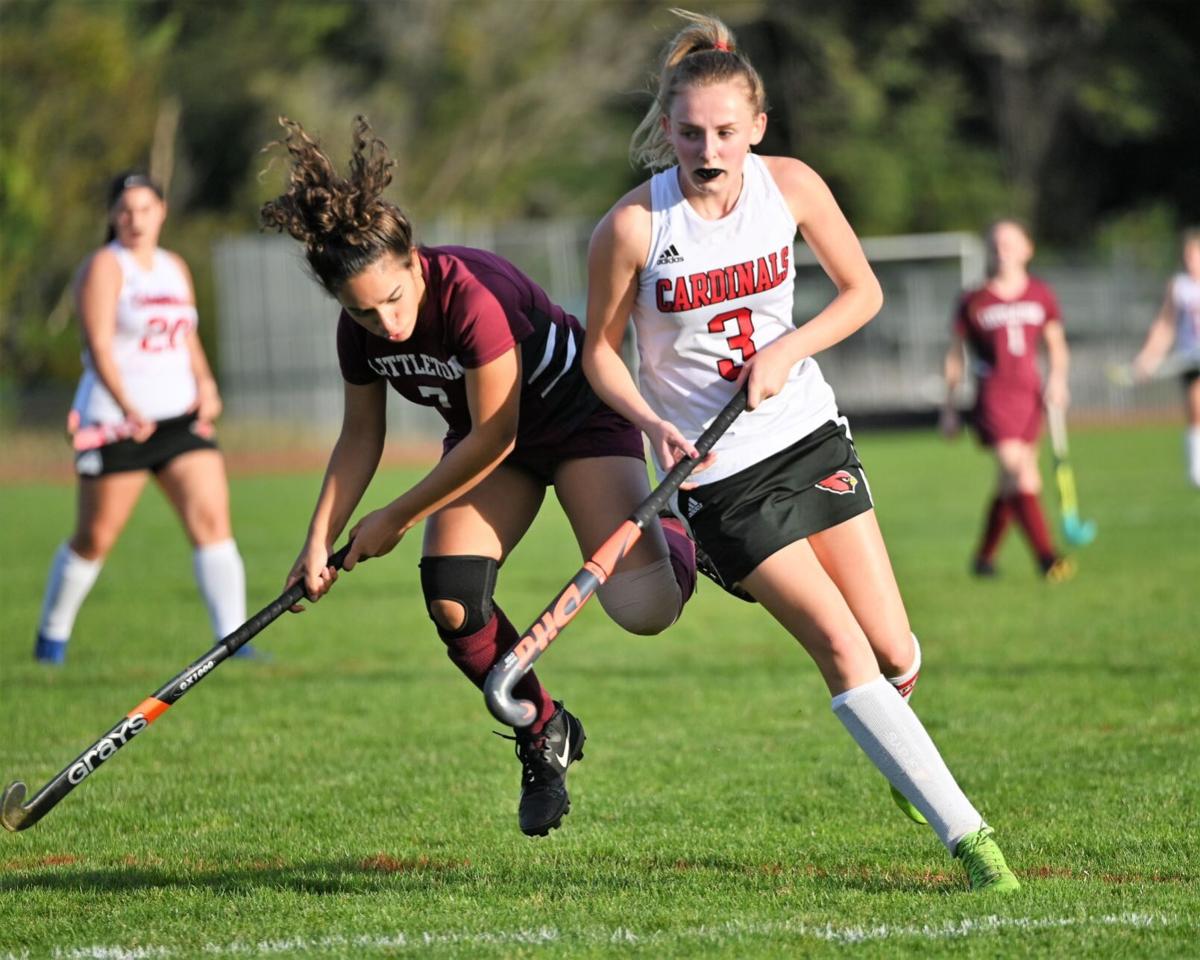 Cardinals’ Bri Frisbee has been able to lead the young Stevens team by example with hard nose play and grit. 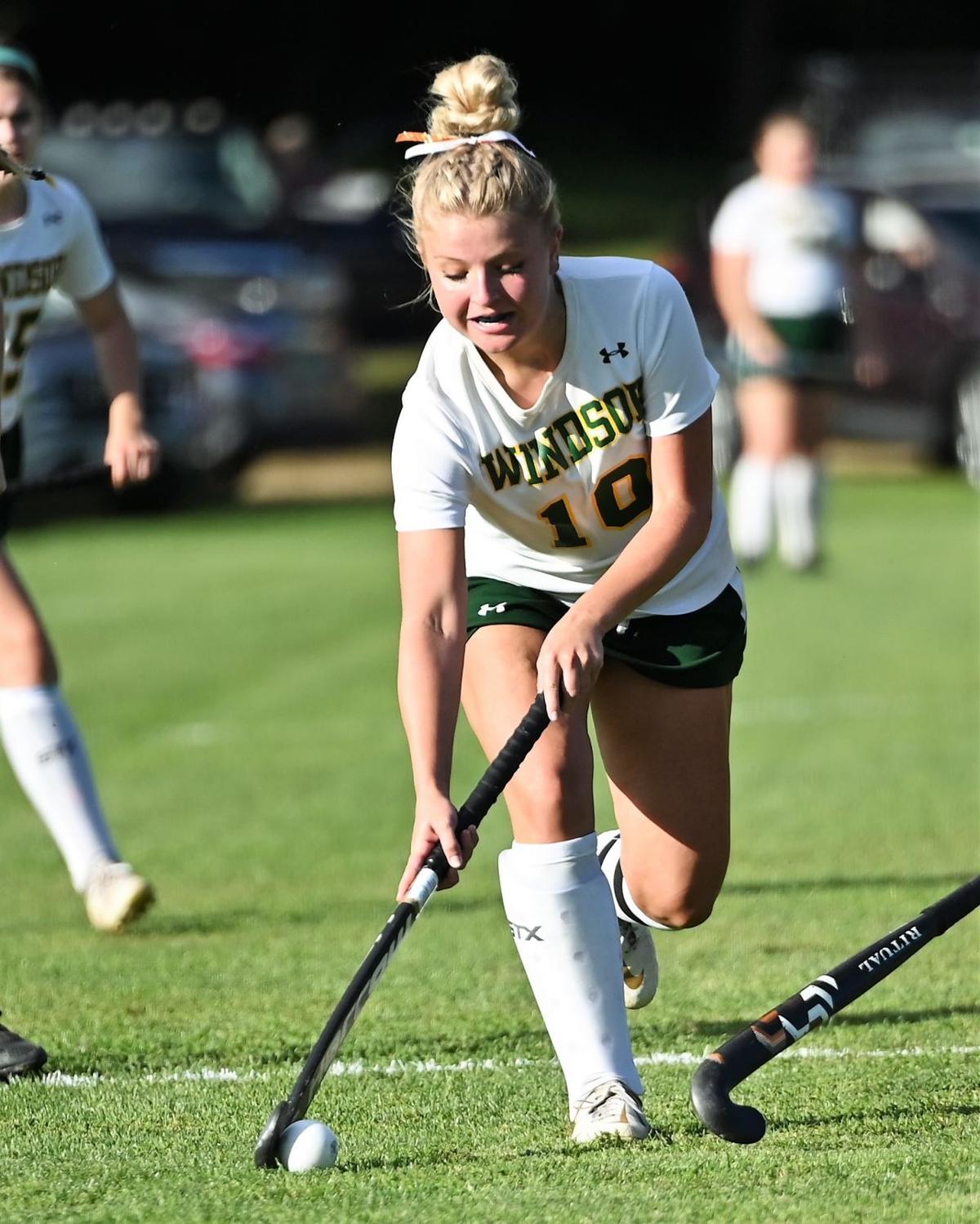 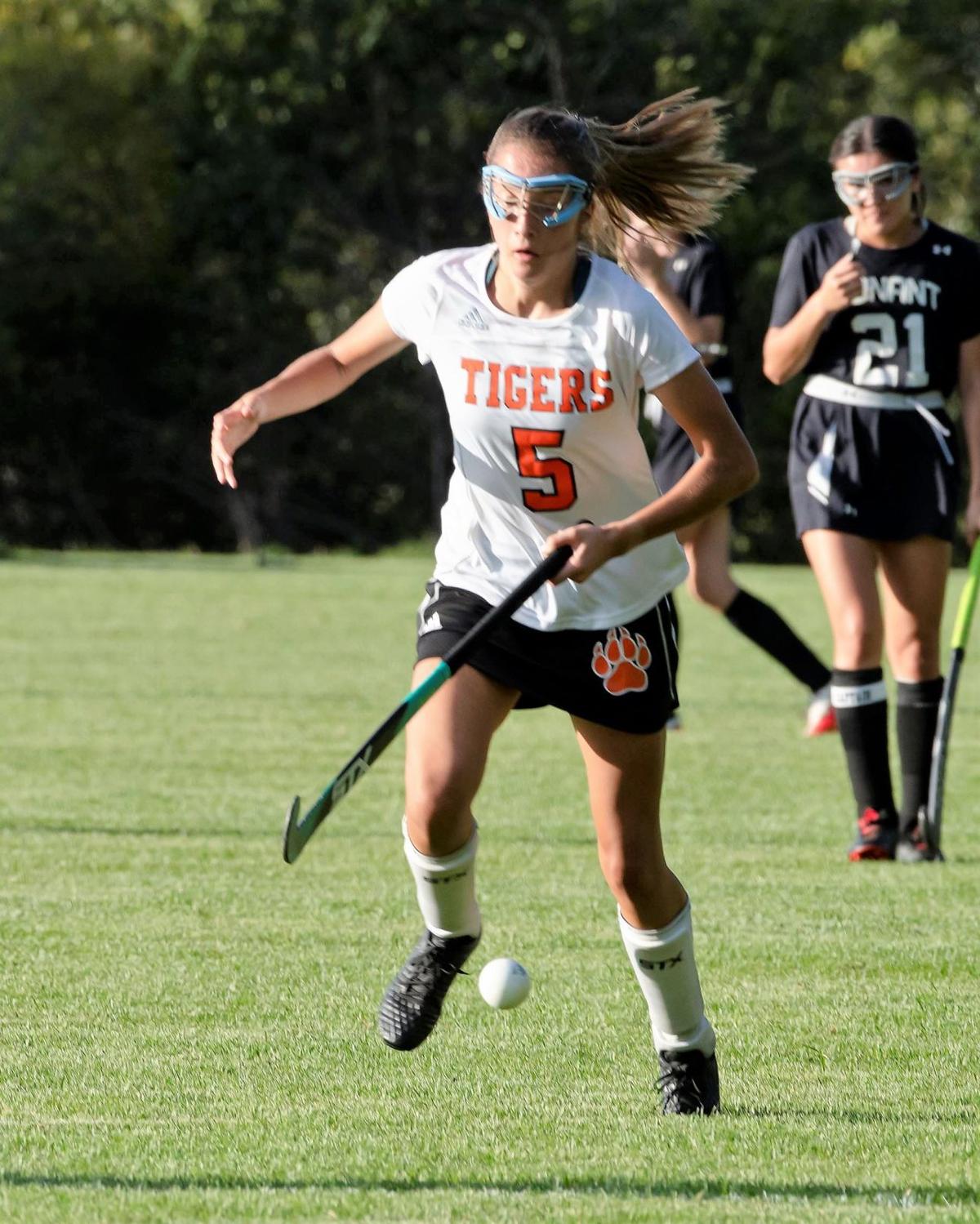 Newport’s Taylor Fellows chases down the ball during a game on Tuesday. The Tigers battled back to grab a 4-2 win.

Cardinals’ Bri Frisbee has been able to lead the young Stevens team by example with hard nose play and grit.

Newport’s Taylor Fellows chases down the ball during a game on Tuesday. The Tigers battled back to grab a 4-2 win.

CLAREMONT — When your team has a solid game defensively with great goal-tending and an offensive punch, chances are likely that you’ll grab a win.

That was the case with Patty Deschaine’s young Stevens field hockey team as they zipped out to grab a quick lead that grew as the game went on.

“I can’t believe that we have such a young team because we continue to grow and make improvements,” said the lone Stevens senior, Bri Frisbee, after a 5-1 win over Littleton. “Tonight we attacked well and found the back of the goal.”

Izabela Eitapence would find pay-dirt for the Cardinals first score then Daniella Varela(who seemed shocked that her shot went in), Frisbee and Sofia Sofia Aldecoa-Gallego would all join the scoring club with Sofia Aldecoa-Gallego’s backhand bullet a highlight goal. Not only was the offense clicking but the Stevens defense was like a wall. Sara Faro anchored a line that included freshman in Paige Simonds who played nothing like a freshman as the Cardinals headed into the break with a safe 4-0 lead.

With Stevens coasting toward their second win of the season, Littleton was in the process of rebuilding in a very big way.

“We lost seven seniors from last year and we have no feeder program but we are having a blast,” said head coach Katerina Sourgiadakis. With only two goals scored in the last four seasons, a tally from Isabella Silva had the whole team smiling even in defeat.

The Cardinals were in total control as Stevens coach Patty Deschaine is still making adjustments with her team.

“Clearly this is a rebuilding year for us and with Bri the only senior, her leadership has been remarkable,” Deschaine said. “We are still tinkering with our formation and we are sometimes too unselfish, we need to look at the net more but we’re getting better and better.”

Eitapence closed out the scoring for the Cardinals (2-3) as they will wait to match-up against Kearsarge(4-1-1) on Friday.

“I think our offense was solid all game and we’re starting to get a feel what’s expected on a varsity level to be successful,” said the sophomore.

Brattleboro’s lone goal came in the second quarter by Emma Gragen assisted by Erika Favreau. Lindsey Young had 2 saves with the complete game in goal for Jody Wood’s Yellow Jackets.

“Center half Reese Perry kept the ball on the offensive end with support from her sister Sydney Perry and left half Amber Simonds. Changing fields and working the ball in and out allowed for us to control the game,” Wood said. ”Things are looking up. . . the girls are starting to trust each other. I’m looking forward to the second half of the season.”

Windsor improves to 2-3-1 and plays Woodstock home on Friday at 4:00 for Homecoming.

The Tigers fell behind 0-1, but exploded for two goals in each half to grab a win over Conant on Tuesday. Peyton Blackinton grabbed the other Newport goal while Jazmyn McNamara had an assist. Fellows was solid at center forward as well as midfielders Maddox Lovely, Blackinton, Katie Sharron and Eden Ritondo who all dominated. Nevaeh Caron looked solid on Tuesday after being out for a couple weeks because of an injury.

“The girls played a great game today and were able to keep up the intensity,” said Newport head coach Kaitlynn Porter. “We had a tough game against Laconia last Friday and the girls worked hard to make improvements and make more successful shots on goal.”

Newport evens their record at 2-2 and will head to Bishop Brady on Thursday.