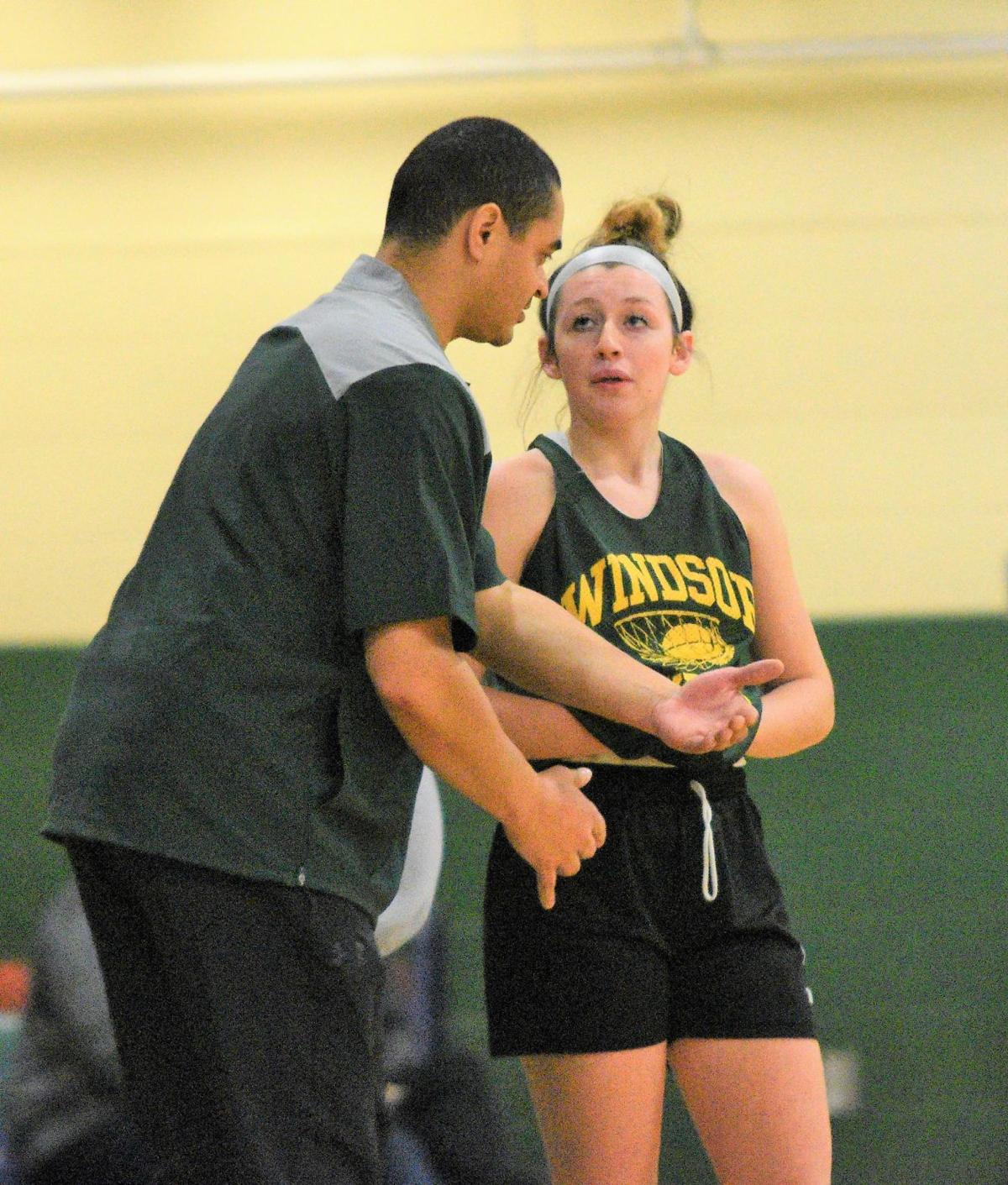 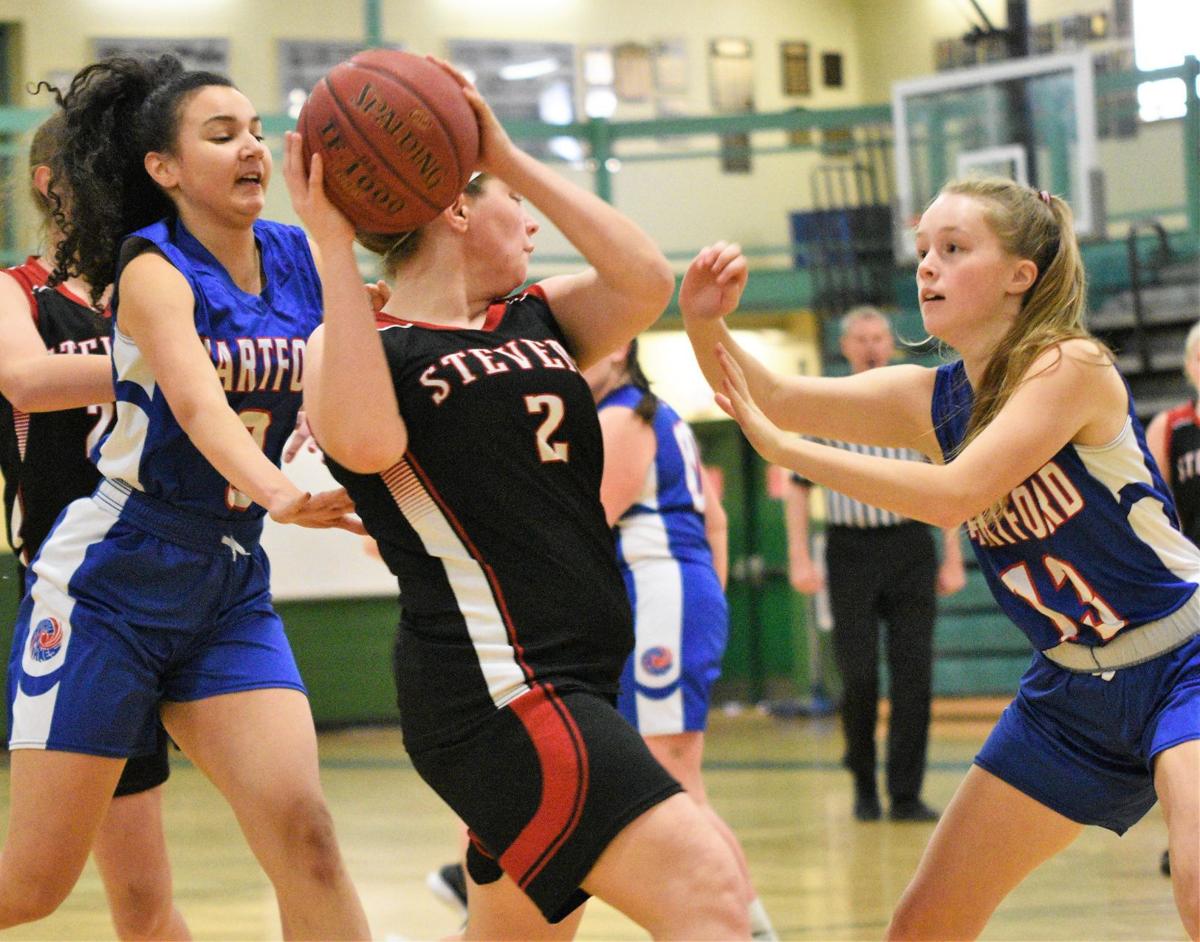 Stevens’ Molly Derosier gets double-teamed on this drive to the hoop on Saturday. 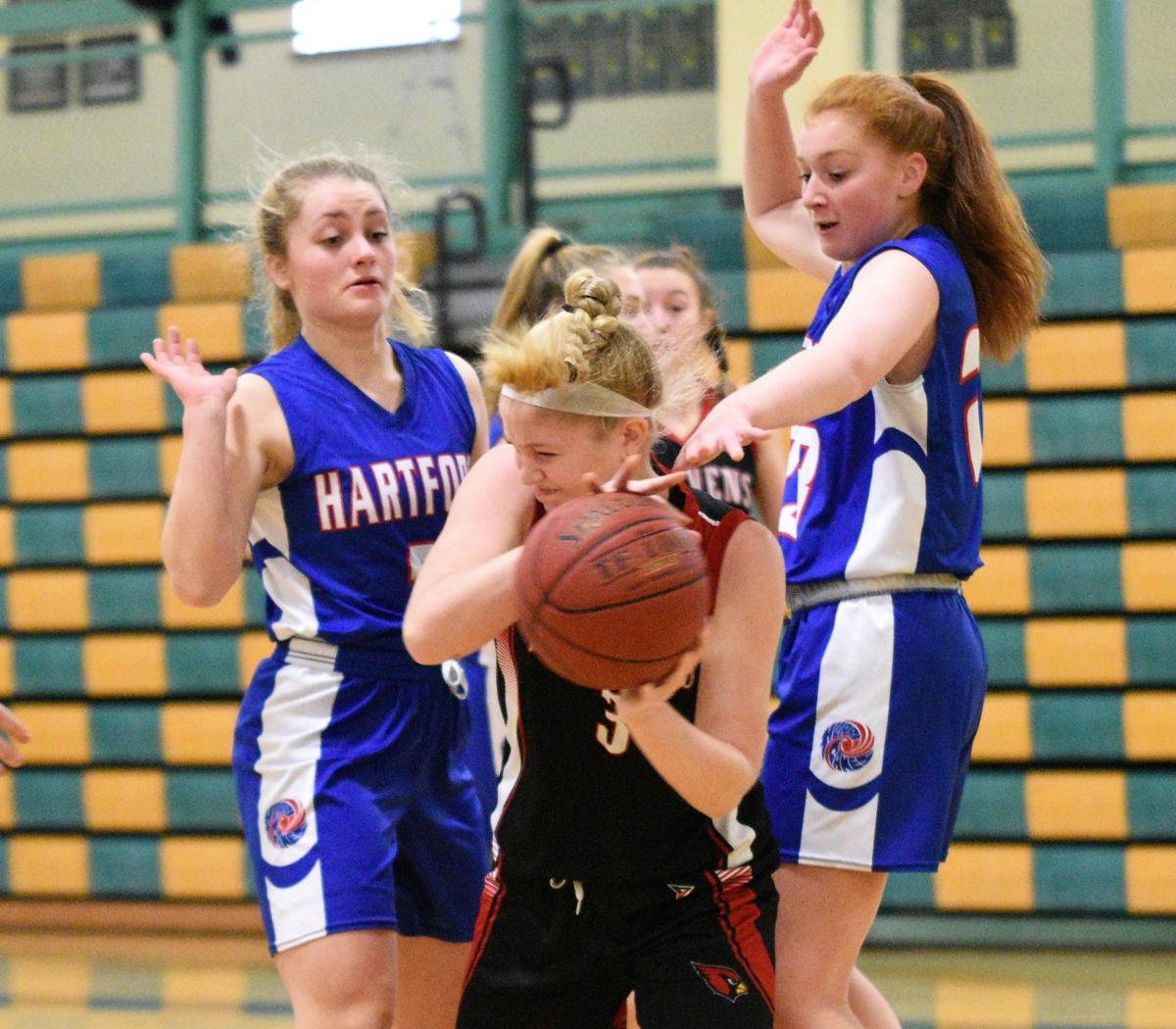 The Cardinal's Jenna Bonneau works hard for this rebound against Hartford. 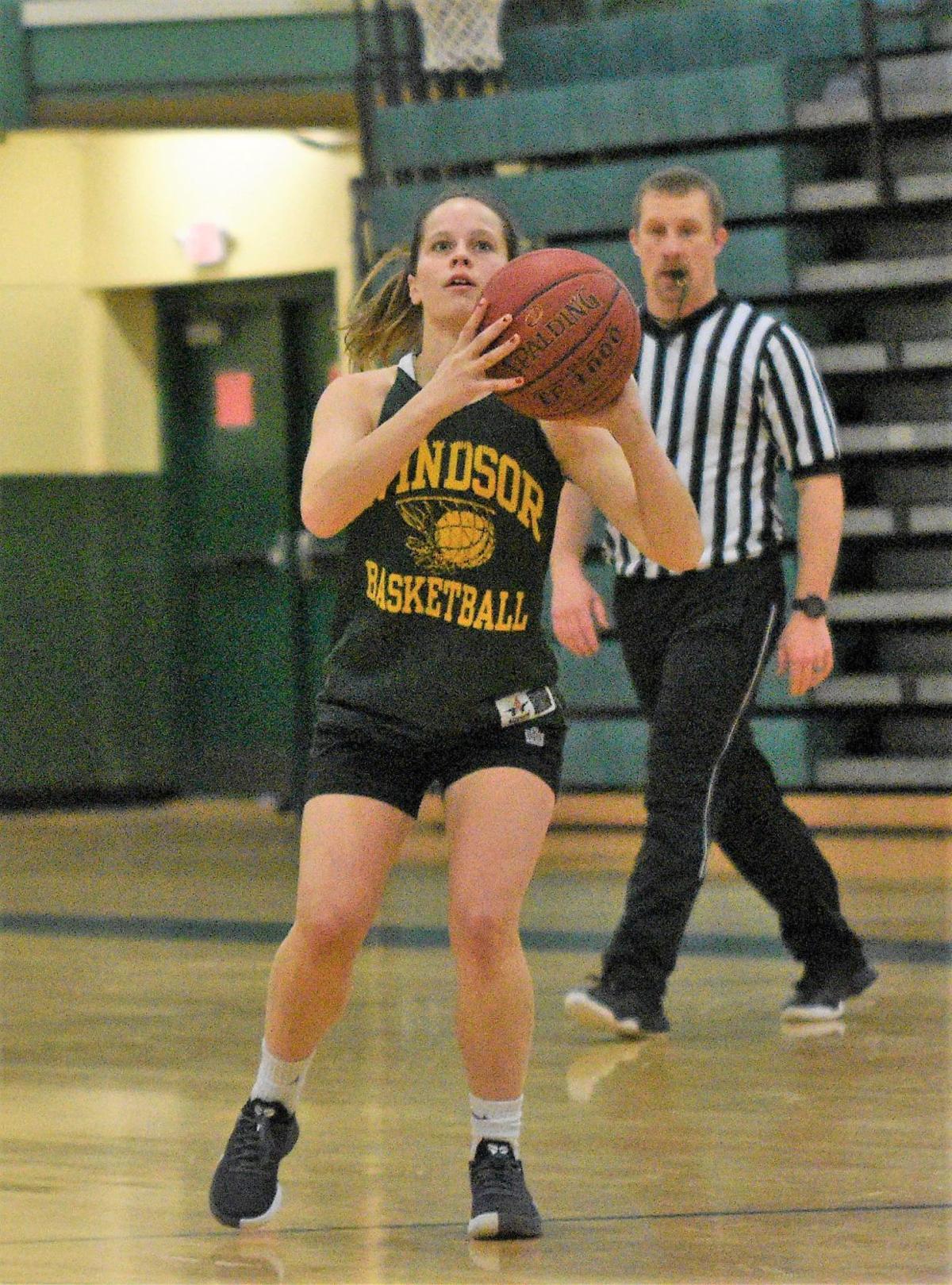 Windsor's Evelyn Page has her shooting eyes focused on the hoop.

Stevens’ Molly Derosier gets double-teamed on this drive to the hoop on Saturday.

The Cardinal's Jenna Bonneau works hard for this rebound against Hartford.

Windsor's Evelyn Page has her shooting eyes focused on the hoop.

WINDSOR — It would be hard to find a better place to have the last pre-season jamboree than in Windsor, where scrimmages are anything but scrimmages.

Windsor hosted their first ever jamboree with Hartford, Stevens and Lake Region (from northern Vermont) with a spirited few hours of round ball to fine tune their teams and help set rosters for the upcoming season.

“We’ve only had 4 days of practice so far and we’re still in the process of determining how the varsity team will shape up,” said Windsor head coach Bruce Mackay, “but to have a Saturday like this goes a long way to helping to get us ready for the season.”

With players diving on the floor for loose balls and coaches working on plays in real game situations, today was anything but a walk-through-type scrimmage. When the crowd gets into a scrimmage like they did today during the Windsor and Lake Region battle, that went down to the wire, it’s a treat.

Each team played three one-hour games with referees in game situations. That produced some exciting action, with all the fans crowded onto one side of the gym.

Stevens head coach Ivy Condon is high on her team this year.

“We’re in a good place, we have a really good mix of young players and some returners with great experience,” said Condon “D2 is pretty competitive in New Hampshire but when I have players that don’t leave when practice is over and stay to shoot and work on things its a good feeling. There are times when I don’t turn the lights off until an hour after practice had ended.”

Both Stevens and Windsor will have players for a Varsity and JV team when some schools are struggling to keep numbers up.

“We’re in good shape, but I’m still looking for games for the JV team, there are still schools out there with low numbers and have only a varsity program,” said Windsor Athletic Director Andy Tufts. “We need to have games for the JV program to keep improving.”

Windsor will open their season across the river as they head to Newport on Friday while Stevens will open at home against Souhegan, also on Friday.

“This team is hungry to learn and improve, I’m looking forward to this season,” said Stevens JV coach Steve Condon.