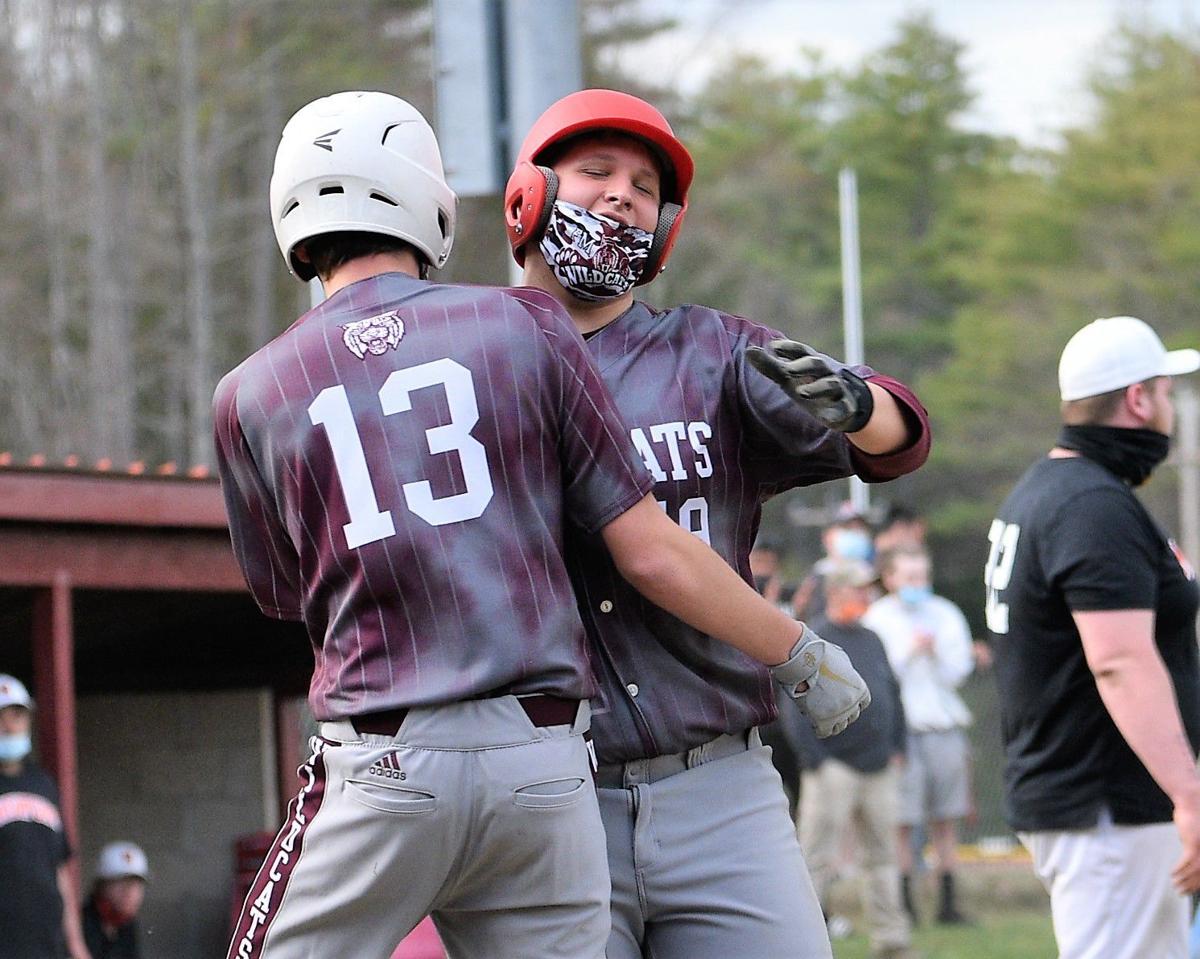 Curtis Hosley gets congratulation from Noah Gutierrez after scoring the final run as Fall Mountain beat Newport in the season opener for both teams. 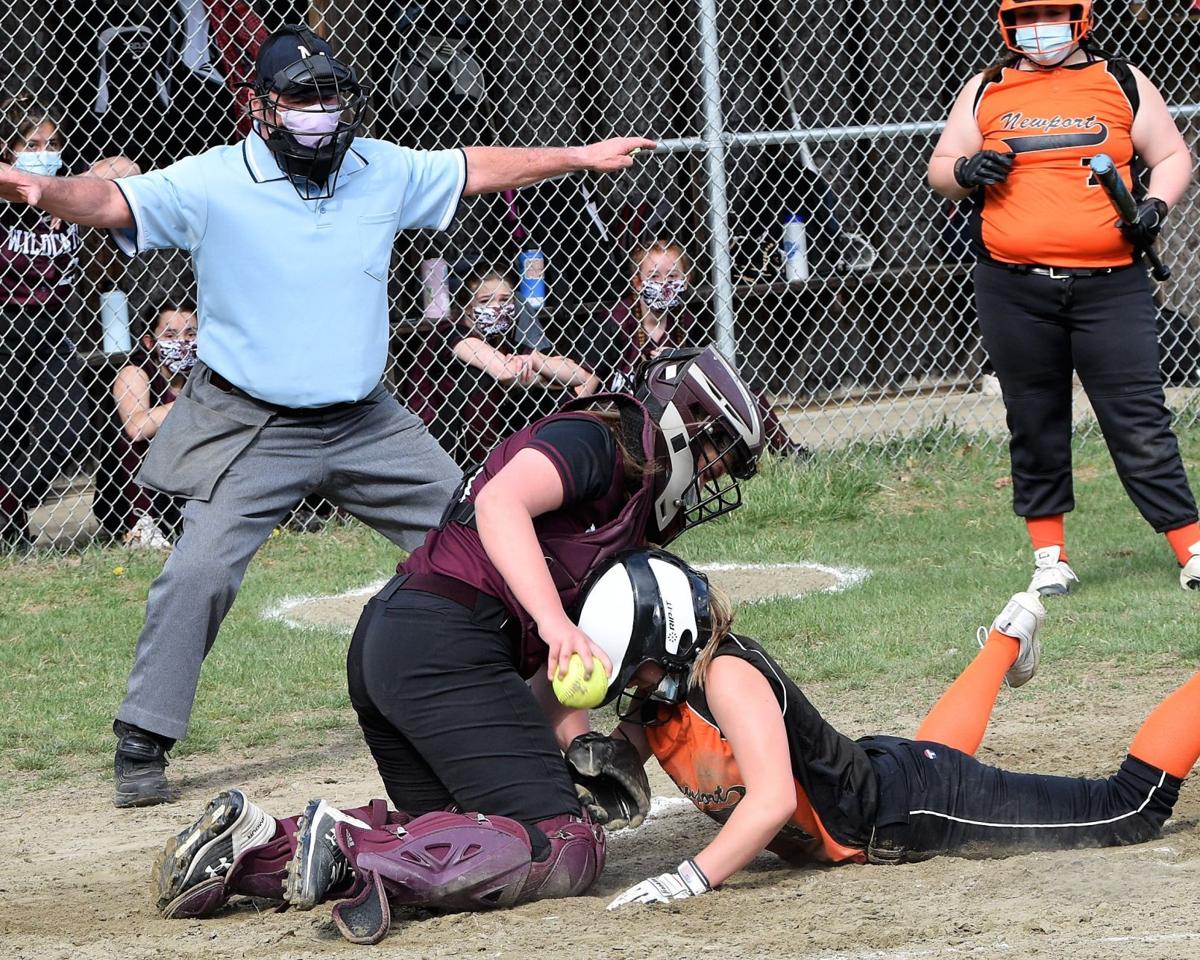 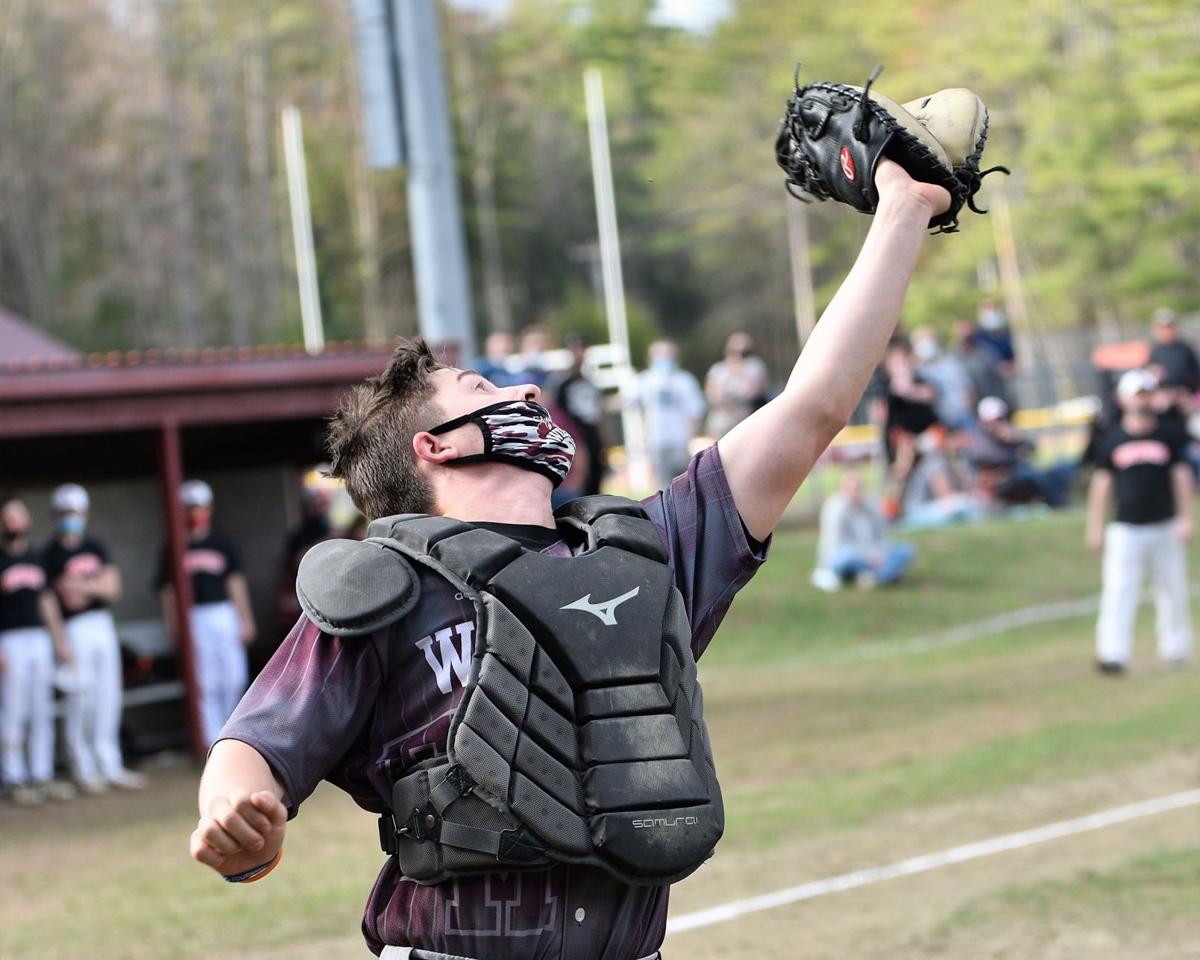 Fall Mountain Wildcat Luke Gay makes this grab to snuff out a bases loaded rally from Newport on Wednesday.

Curtis Hosley gets congratulation from Noah Gutierrez after scoring the final run as Fall Mountain beat Newport in the season opener for both teams.

Fall Mountain Wildcat Luke Gay makes this grab to snuff out a bases loaded rally from Newport on Wednesday.

LANGDON — The sweet sound of the bat hitting the ball rang out on Wednesday as the Tigers and Wildcats opened their seasons with both schools grabbing a win.

Newport’s Tanya Sanchez took a complete game win home with her while the Wildcats’ Haydon Chandler picked up the win on the baseball diamond. After games were postponed in Newport on Monday, everything went off without a hitch at FallM ountain as fans were allowed to see games for the first time in a year with spectators lined up on both fields.

“We are requiring masks and social distancing and things seem to be working OK” said Fall Mountain Athletic Director Gordon Dansereau. “Everyone seems to be having a good time.”

In softball action, the Tigers pushed across nine runs in the top of the first inning to give freshman hurler Tanya Sanchez all the runs she would need. Emma O’Connor would plate the first Newport run as the Tigers used timely hitting to grab a quick lead. It took Sanchez only nine pitches to set down the Wildcats with three strikeouts in the bottom of the first as she made her high school debut.

“We kept getting better as the game went along,” said Newport head coach Sam Mcneel. “We have a few injuries right now so we had a very young team on the field today and they responded well.”

Newport would push across 31 runs while Sanchez allowed only one hit from the Fall Mountain bats.

“I play a lot in the off season and today my control felt good,” said Sanchez, who also went 4 for 6 at the plate. “It was great to get on the field today.”

Across the way on the baseball field the Tigers made some noise early as well to grab a 1-0 lead as Josh Sharron started things off with a single and touched home but Fall Mountain would answer right back. Mitch Cormier and Luke Gay crossed the plate to give Fall Mountain a 3-1 lead after the first inning and played solid defense to hold off the Tigers. With Chandler on the bump, he was solid and kept the Newport bats quiet scattering six hits to grab the win.

The Tigers threatened to cut into the lead in the 4th inning as Josh Orlowski reached third as the bases were loaded with Tigers but Chandler pitched his way out of the jam when Gay snagged a pop to end the threat.

“We were ready to go today,” said Chandler after the game. “It felt great and Luke called fantastic game behind the plate.”

The Wildcats would close things out with a four-run 6th inning as Curtis Hosley crossed the plate for the final run with Fall Mountain grabbing an 11-1 win.