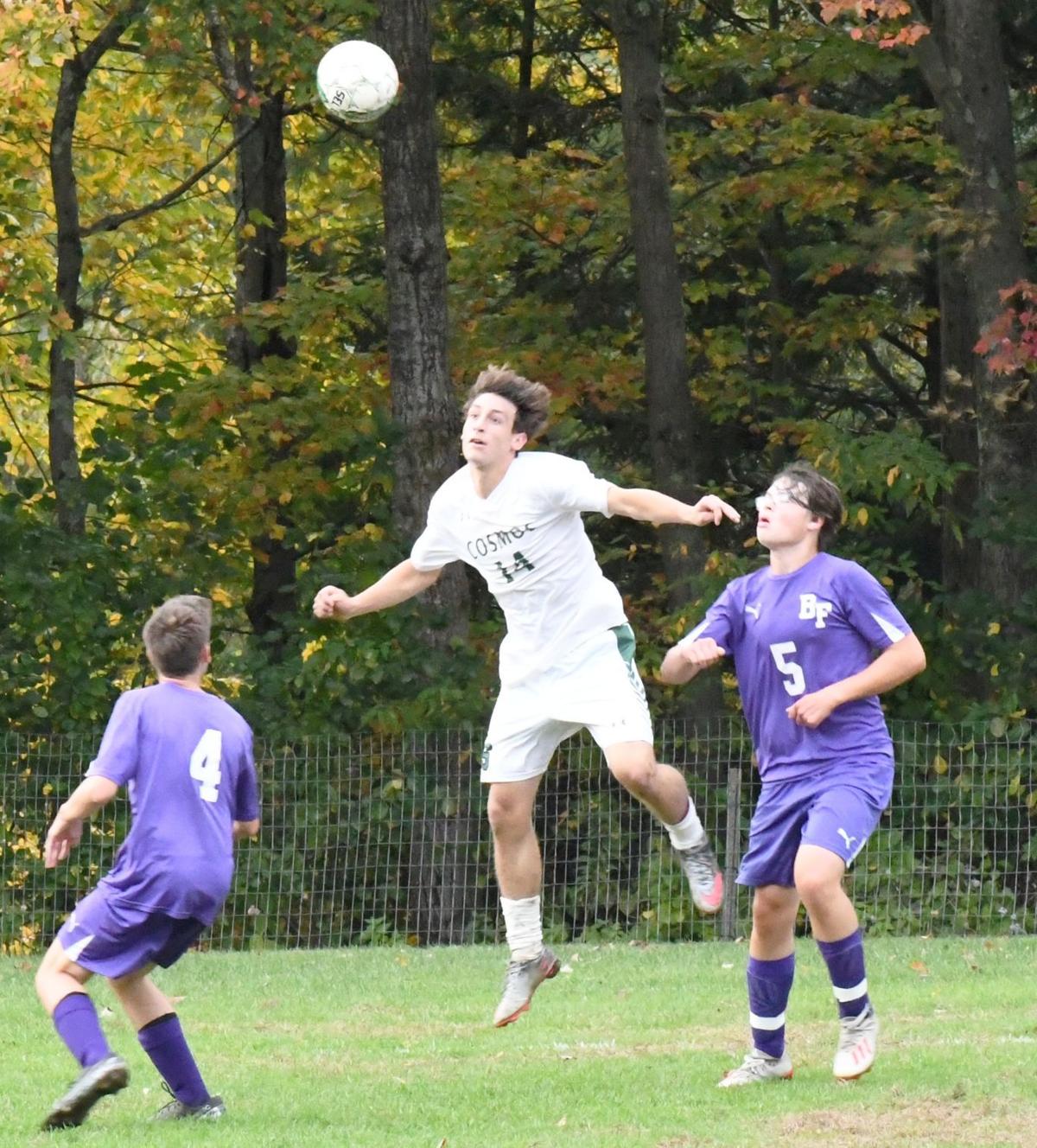 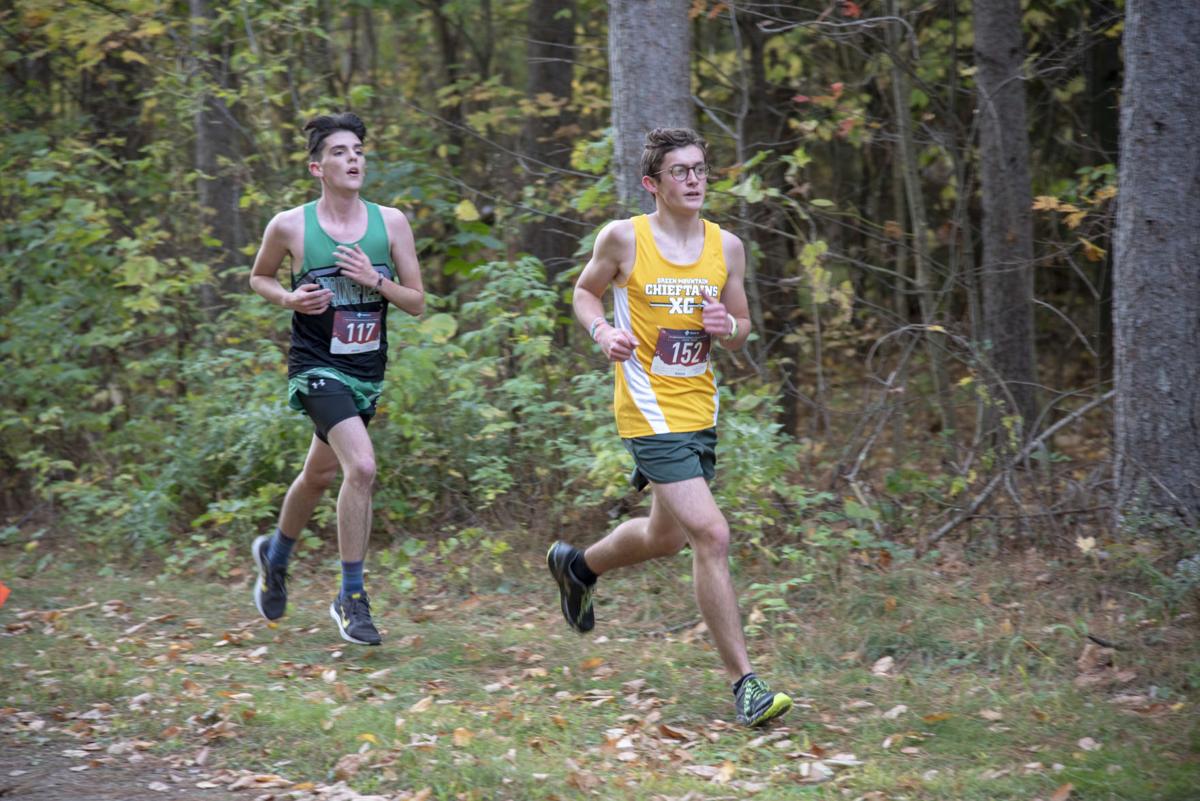 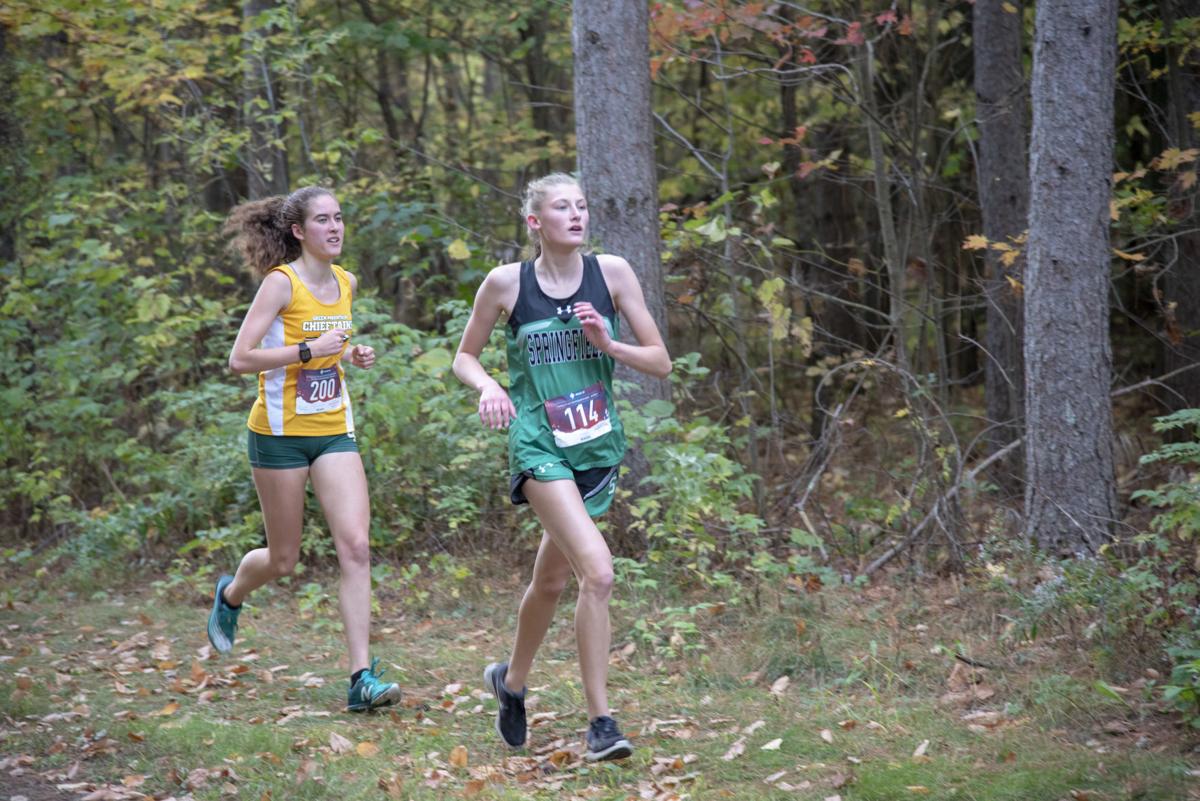 WESTMINSTER, Vt. — What a difference a couple of Pughs make.

They’ve been injured but in playing on Tuesday they directed the middle of the field, distributed the ball and led communication.

Five goals was a season high for the Cosmos.

Lucas Pugh was all over the field, playing defense, midfield and attack. Jared Pugh is the central attacking midfielder.

The Cosmos will host White River Valley on Friday.

Elias Stowell-Aleman scored for the D-III Chieftains, who fell to 7-4. Skyler Klezos made seven saves in the GM nets.

TOWNSHEND, Vt. — The Leland & Gray girls soccer team continued its winning ways by beating Green Mountain on Tuesday to elevate its record to 9-2.

“We didn’t come out with our usual fire but we played just well enough to get the job done,” L&G coach Lucas Bates said.

The Rebels outshot GM 25-4 but they found it was not easy to solve goalie Alex Hutchins.

“She was outstanding,” Bates said of Hutchins.

The Rebels scored twice in the first half. Arin Bates notched the first with Abby Towle getting the assist. Hannah Landers got the next one and the Rebels took a 2-0 lead to halftime.

Sarah Warnecke cut the lead in half for the Chieftains but Izzy Ameden got the pad goal for the Rebels.

There’s no rest for the Rebels. They are at Bellows Falls on Wednesday.

LUDLOW, Vt. — Riley Paul got the golden goal 57 seconds into overtime to lift Black River to a 1-0 win over Sharon Academy on Tuesday. Jordan Devereux had the assist.

Hailey Pierce made seven saves in earning the shutout.

The victory takes the Presidents’ record to 4-5 and coach Paul believes with another win his team can secure a home playoff game.

The Presidents visit Mount St. Joseph on Saturday at 11 a.m.

SPRINGFIELD, Vt. — It was a Mill River sweep in the weekly Southern Vermont League cross country action hosted by Springfield High on Tuesday. Brogan Giffin clocked 16:23 to win the boys race and Annika Heintz’s time of 20:08 was good enough to place first in the girls competition.

The team winners were the Hartford girls and Woodstock boys.