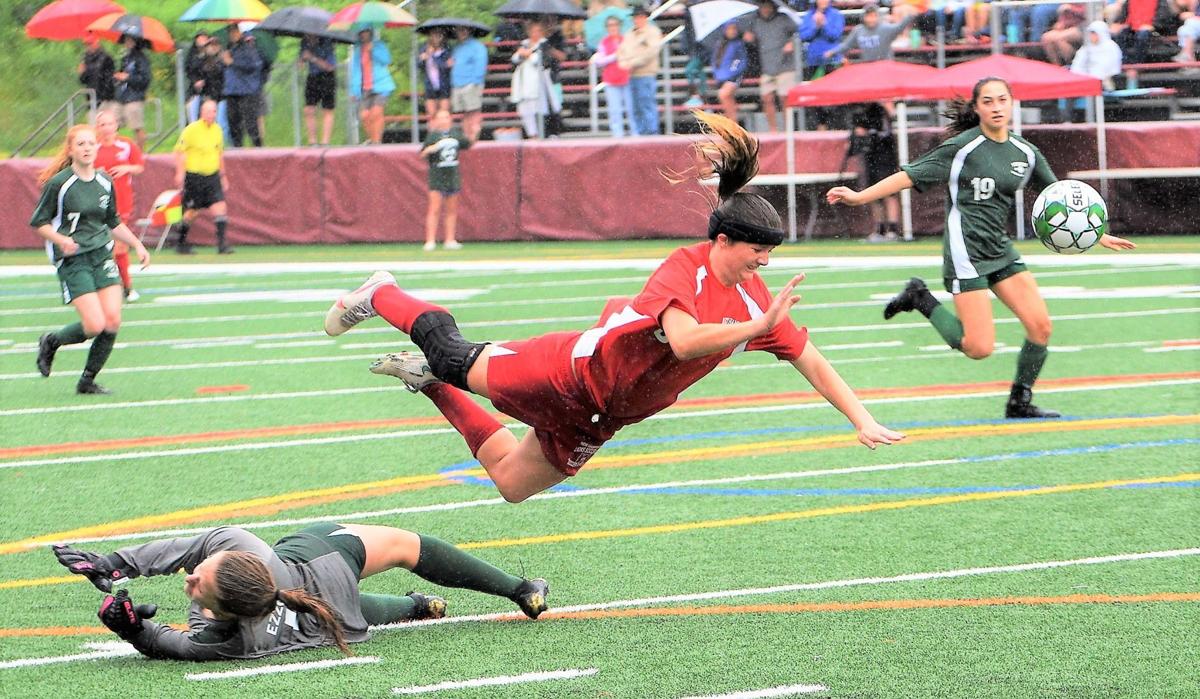 Abi Pollari gets over the Vermont keeper and grabs some air as she blasted a shot on net during the Lions Cup match on Saturday. 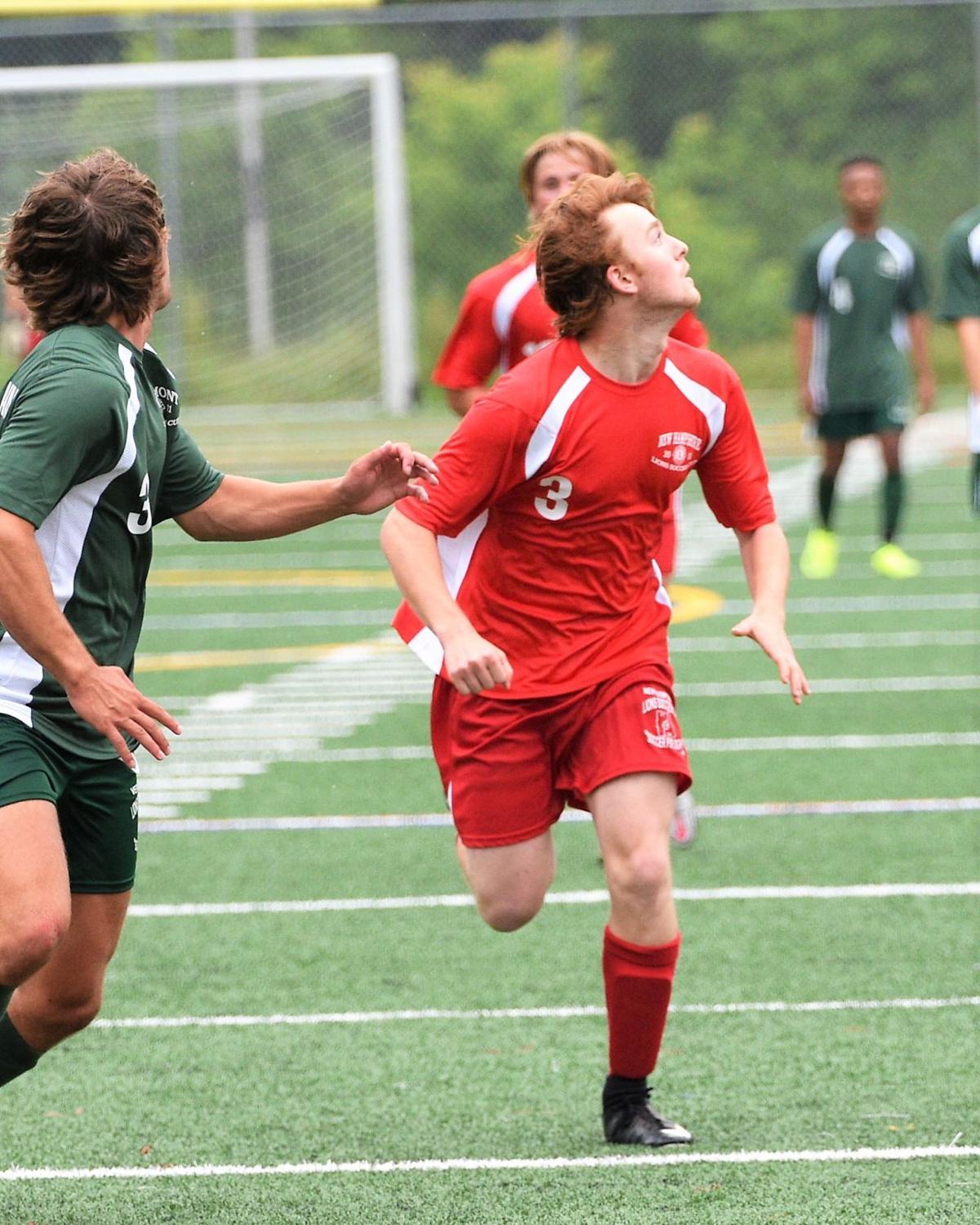 Lakers’ Josh Heino tracks down the ball from his newly adopted forward position during the Lions Cup game on Saturday.

Abi Pollari gets over the Vermont keeper and grabs some air as she blasted a shot on net during the Lions Cup match on Saturday.

Lakers’ Josh Heino tracks down the ball from his newly adopted forward position during the Lions Cup game on Saturday.

HANOVER — The sweet sound of a soccer ball being struck perfectly echoed across Hanover on Saturday as the 46th annual Lions Cup made a return after everything was put on hold last year.

Vermont will take bragging rights home with them as the girls won 3-2 then the boys capped the day off with a 5-1 offensive explosion late in the game for the sweep.

“This is just an amazing feeling to be on the field,” said Sunapee forward Abi Pollari. “I’m so proud to be representing my school and community.”

Under a steady rain, the women got the day rolling as the Granite Staters were hunting for goals early and carrying play. The wall they faced belonged to Fair Haven’s Emma Ezzo who was spectacular in net with acrobatic saves and some big time help from her defenders. On a wild series of shots, Ezzo made two brilliant stops then her defender kept the score clean with a block using her back to stop a sure goal while Ezzo was on the ground from a previous shot.

New Hampshire behind 100-goal scorer Pollari looked to tie things up with a blast from the right wing that had eyes for the short side as Ezzo came way off her line to slide under Pollaro for the save. Vermont would lead at the half 1-0 as Hazen’s Macy Molleur slipped one past Lebanon’s Sally Rainey during a mad scramble for a loose rebound in the goal box.

New Hampshire would open the second half with a goal from Milford’s Rachel Gizzonio to tie things up 1-1 but Burlington’s Payton Karson would respond moments later with a direct kick that found the back of the net from 20 yards out. Mount Mansfield’s Willa Clark’s shot found it’s mark in between the rain drops for an insurance goal giving Vermont a 3-1 lead. Gizzonio would make things interesting following her second goal with 6 minutes remaining but the Vermont defense held it’s ground to claim the win 3-2.

“I am so happy to be able to play in this game, the players here are so good and it’s something I’ll never forget,” said Pollari after the game. She prepares to head to Wingate University to study education.

As the men took the field for the second game, the rain let up a bit but the intensity went into overdrive as the pace was frantic and the physicality was front and center. Peoples Academy’s Dylan Haskins and Keene’s Charlie Zwierzchowski were magicians in net as the saves were like watching an ESPN top 10 show with dives, leaps and fingertip saves the norm. Vermont would head into the break with a lead on the heals of Colchester’s Adolphe Alfani’s first of his 3 goals on the day 1-0. Sunapee’s Josh Heino found himself playing forward for the first time in his career on the pitch and looked right at home.

“When coach said I’m going in up top, I asked him again if he was serious,” Heino said. “He said you bet so off I went, everything seemed like a blurr, those players are so good.”

Rob Johnstone’s New Hampshire squad stepped back onto the turf with a purpose to start the final 45 minutes as Concord’s Alasdair Ferrier dented the near side post on an early bid then tied thing up a few ticks of the clock later to square the match 1-1. Mount Mansfield’s Will Hauf put Vermont back in front before Alfani took over with his Pele like moves and blistering speed as he added two goals in a three-minute span to put things out of reach. Alfani’s three goals tied Stevens High School’s Don White’s record as White notched 3 goals in 1980 for New Hampshire that still remains unbroken.

“This was honestly a great experience and I felt so much better playing defense during the second half,” said Heino who will head West soon to explore the country.